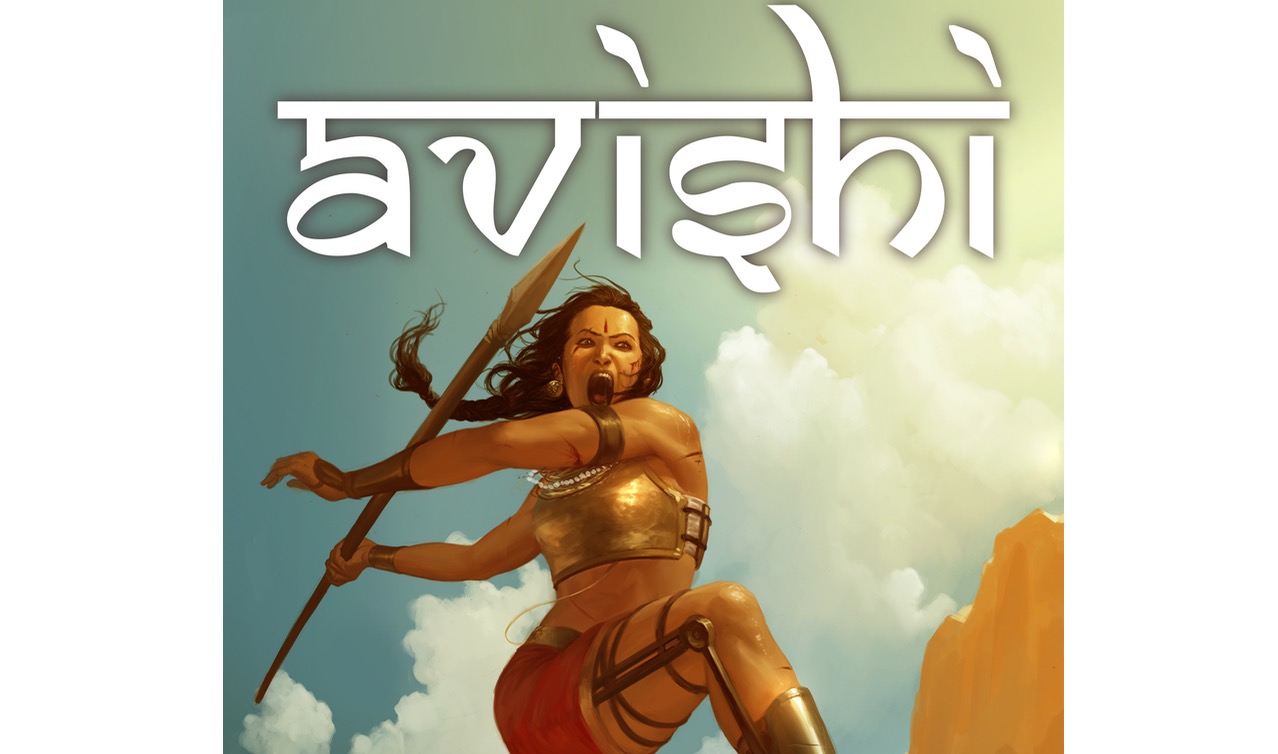 Avishi: Vishpala of Rig Veda Reimagined by Saiswaroopa Iyer is available for purchase on Amazon Kindle.

Avishi by Saiswaroopa Iyer is a fictional re-telling of a female warrior Vishpala who appears in a few verses of Rigveda. While we see a lot of mythological fiction lately, fictional takes on Vedic verses has hardly been attempted. And for this reason alone, the author needs to be commended. As one looks for kathA-vastu (subject of the story) there is much to get inspiration not only from Puranas and Itihasas but Vedas too! This might hopefully set a new trend.

Another brave female warrior? That was the first thought that came to my mind when this book was announced. Didn’t the protagonist Abhaya in the author’s first novel have similar characteristics? Having followed the sound-bytes from the author and seeing the criticism the movies like Mohenjodaro got, I was skeptical. Did she delve enough into the Bhashyam (commentary) related to the verses? Did she do enough research on those times? Isn’t this way too challenging? But she pulled it off and did so with aplomb!

Avishi takes us on a journey of well-imagined Rigvedic times. It would be hard to say whether the verses in Rigveda refer to the contemporary times (when they were revealed) or whether to earlier times. But her skillful imagination backed by research keeps the reader engrossed till the end. Jute clothing, copper, bronze, indigo, bearskin, herbal remedies, republics, nascent Smritis — all fit in well. Only Rigvedic deities are invoked!

This the story of Avishi, brought up as a trained warrior in the great seat of learning Naimisha and whose search for her destiny goes all the way to Ashtagani and Vrishabhavati where it all began. She gets a prosthetic leg in this journey! This use of prosthesis is mentioned in Rigvedic verses and probably is the earliest mention. The character names are very well thought of. Gautam, one of the members of the council of the Rishis who is trying hard to develop a code (Smriti) is probably named after the great lawgiver Gautama who wrote Gautam-Dharmasutras. The drop of the ending ‘a’ in his name could have been avoided?

The well-crafted, engrossing action sequences with lots of attention to detail which are all over the novel are a highlight and I would call them a ‘Saiswaroopa special’. Two important and complex issues that are nicely woven into this are the ones on marriage as an institution and that of outcasts striving to be integrated into the mainstream. The debate on marriage is thought-provoking while that on outcasts is even better. The way the members of that community Karali and Vyala question, debate and offer to collaborate is very endearing and is a must-read.

Looking back, the one thing that comes to mind on the could-be-better side is the fight in the climax. But Avishi, the tireless, duty-bound warrior of the novel is sure to get your empathy and awe. In fact, each character is fighting his/her battle both within and with the society and is sure to strike a chord. And if you are wondering why this knowledge of the prosthesis was lost, the author has an answer for that too! She does match up to the high expectations set from her first novel. Do read to go on a great adventure along the Sarasvati in ancient Bharat err… Jambudwipa.

PS: And a special thumbs up for referring the daughter of Sukratu as Saukratavii!