Caravan 2.0: Why a Defunct Leftist Magazine was Revived 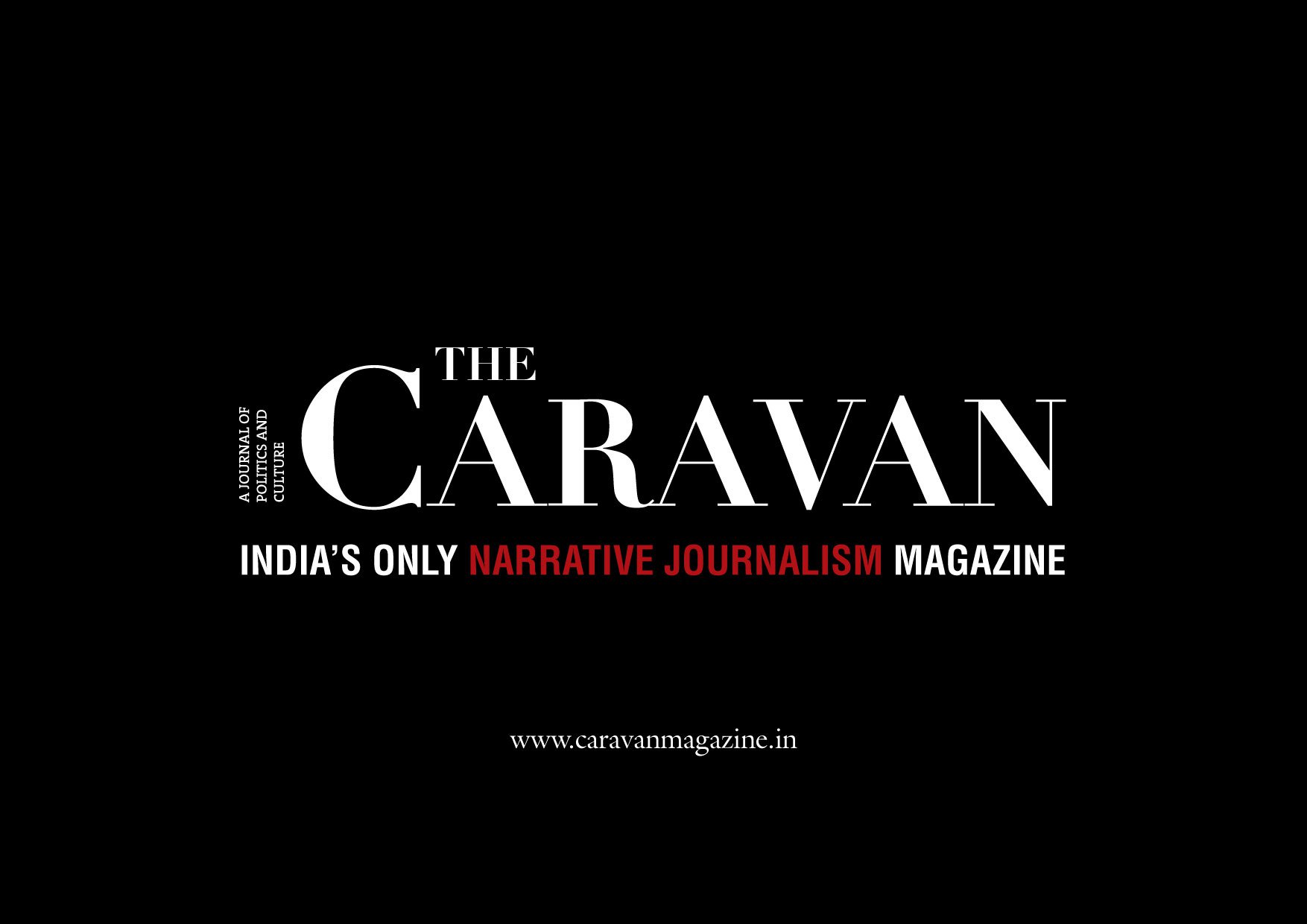 This is the second part of the series on anti-Hinduism as an industry written by Pankaj Saxena.

In 2009, a long-defunct leftist magazine, The Caravan, was revived as a long-form journal on the model of The New Yorker.[i]

The first issue of the revived magazine hit the stands in 2010.[ii]Though the tone was mild compared to say Frontline, its readers were convinced that nothing had changed about the politico-ideological affiliation of the magazine.

The Caravan still remained stridently leftist. Yet something was different this time.

As subsequent issues rolled out, it became increasingly clear that this time it was much more than simply leftist. In its revamped avatar, the magazine was unabashedly anti-Hindu. With the collapse of the Soviet Union many statues of Stalin and Lenin were toppled.

The Soviet Union had collapsed in 1989. Together with its demise, the financial lifeline of all the institutions that it had propped up all over the world also snapped.

Other institutions that were not directly sponsored but ideologically inspired by the Soviet Union and Communism were also in a quandary. Their God had failed. Many such institutions shut down all over the world in the late 1980s and early 90s.

For ideological reasons at least, The Caravan magazine that had been in existence since 1940, also came to an end. It was one of the most popular English language magazines from the stable Delhi Press, one of the largest publishing houses in India. With the demise of global Communism, there was no hope that The Caravan would ever be revived.

So when the decision to revive it was taken in 2009, it was a bit of a surprise. But as its anti-Hindu agenda became clear in the subsequent issues, the reasons behind its revival also became clear.

That this revival happened when the UPA had been reinstated for a second term was no coincidence. Before we go deeper, we need to take a look at its parent organization, Delhi Press.

Delhi Press is one of the largest and highly diversified magazine publishing houses of India. It was started in 1939 by Mr. Vishwa Nath, with the launching of The Caravan, an English literary magazine then. His son Paresh Nath joined the family business in 1970, and is now the publisher and editor-in-chief of the Delhi Press Group. Paresh Nath (right), the publisher and editor-in-chief of Delhi Press

Paresh Nath is the editor of a mind-boggling number of 30 magazines of his own group. This is not normal for any big publishing house. This usually occurs when a strict centralized control is needed for maintaining ideological purity. His son, Ananth Nath, the third generation representative in the family, is the editor of the revived Caravan magazine.

The group is known for publishing low-priced magazines such as: Mukta, Champak, Grihashobha, Woman’s Era, Suman Saurabh and Saras Salil. These magazines are aimed at different segments of the population with most catering to women and children.

Champak is one of the most famous of children’s magazines. It is a rival of Nandan, the children’s magazine run by the Hindustan Times group. Nandan, until a few years ago, was a cultural magazine, mainly focused on inspirational stories from Hindu scriptures, drawing mostly from the Puranas, drawing modern inferences.

It was full of stories of how Diwali nights degenerate into gambling fights; how Nava Ratri celebrations are nothing but a platform for hooliganism, always ending in violence. Many stories showed how worshiping idols was superstition and how a worldview dominated by science should replace a culture dominated by religion, the religion always being Hinduism.

Children are generally unconcerned by ideological matters. Abstract philosophical concepts such as atheism are incomprehensible to most of them. Typically, children often love stories full of fairy tales and magical elements.

And there’s no dearth of supernatural elements, and all-powerful superhuman beings in Hindu mythology, which was the main reason behind Nandan’s choice to use them as source material.

So when a children’s magazine, Champak, does not just avoid Hindu mythology altogether but portrays it as superstitious, one has to wonder about the motivation behind feeding such militant atheism to really young minds.

When one takes a look at other magazines by Delhi Press—Saras Salil and Suman Saurabh aimed at adolescents, one arrives at the same conclusion. Hinduism and Hindu culture come out as redundant, old-fashioned and superstitious. Of course, no such atheistic disdain is extended towards either Islam or Christianity.

Sarita, a general audience magazine, is perhaps the best illustration of the model of journalism that Delhi Press espouses. Its goal is social and familial reconstruction. Delhi Press describes Sarita as “The flagship magazine of the group that best embodies its ideology of fighting against religious obscurantism and political authoritarianism. Since its launch, Sarita has maintained a bold stance on issues of national importance and has been at the forefront of a crusade against the “fetters that hinder the progress of our society.”

Phrases like “religious obscurantism”, “political authoritarianism”, “fetters that hinder the progress of our society” bring a sense of nostalgia for a bygone era. Any comrade would lovingly remember these loaded phrases, transporting one back to the heydays of Communism.

One look at the section ‘Religion’ on the Sarita magazine’s website reveals its animus against Hinduism and Hindu society. Some random titles include: “Kavadiyas, the bearer of superstitious traditions”, “The Illusions of (Hindu) Pandits”, “A Fearful society under the weight of obscure (Hindu) customs”, “Vaastu, a charade of (Hindu) religion”, “The Evil Spell of Dharma” and “Money-making in the name of GharWapasi”.

In short, every aspect of Hinduism is viciously attacked. Timeless and sacred religious treks like “KavadYatra” are slandered and presented as social nuisance. Needless to say, nothing is said of Islamic extremism. Most of the articles just whitewash Islamic crimes.

Readers of English media are now used to anti-Hindu terminology couched in ‘atheist’ and ‘secular’ phrases. However, the Hindi language articles in Sarita are nakedly anti-Hindu with a language vicious enough to be worthy of any racist publication.

In all its publications, Delhi Press is consistent in its animosity towards anything Hindu. It is an extreme Left publishing house with clear ideological agendas.

The frightening aspect is that it caters to a wide range of audiences starting from kindergarten to adults. That no serious academic objection has been made against such a deeply motivated ideological publishing house so far tells how far leftist ideas and propaganda have penetrated into Indian society.

Of late, Delhi Press has embarked on expansion. It is constantly acquiring old magazines, reviving old ones and starting new publishing ventures.

In the 21st century, this in itself raises doubts. This is a bad era for print magazines. Print readership is declining by the day. Many print magazines are shutting shop.

And so, in such a dismal scenario, it is curious that Delhi Press is acquiring old magazines on the brink of collapse, like two Kannada language magazines, Nimmellara Manasa and Butti,[iii] or reviving the long defunct magazine like The Caravan.

In this light, it does compel one to think of explanations like foreign funding coupled with ideological sponsorship, aimed at damaging the majority culture and society. Anyone who is familiar with Breaking India by Rajiv Malhotra would recognize such a threat.

Moreover, the recent acquisitions and talks of Delhi Press make no market sense. The company is not listed on the stock market. It does not sell shares as “it will then become answerable to shareholders and would have to generate profits.”[iv] The reason given behind this unwise market decision is that the “company values its independence.” Which does make sense from its perspective.

But the counter question arises: What is this ‘independence’ that Delhi Press is talking about? Is it ideological or merely principled journalism?

And even if one accepts the principled bit, how is it managing to keep the ship afloat in these dire times? Keep in mind that Delhi Press publications are all low-priced, barely breaking even. The Caravan especially is not profit making.

Delhi Press is one the largest and the only big standalone magazine publishing group in India with a combined readership of over 35 million. Other giants in the business like India Today Group, Vikatan Group and Malayala Manorama Group are in other businesses besides publishing magazines. Most of them finance their magazines by other profit-making enterprises. Delhi Press is the sole exception.[v]

With most of its magazines barely breaking even and the subscription numbers of the profit-making ones sharply plummeting, it defies belief that the group is in an expansion mode, with a stated goal of acquiring 50 titles soon. It currently has 36 in its kitty.

Its ideological history of leaning to the Left; its standalone magazine publishing group status; its current expansion mode; its low-prices and its habit of acquiring sinking titles;and the fact that most of the positive developments for the Group occurred in the torrid years of the decade-long UPA regime, posits only one conclusion: that Delhi Press is an anti-Hindu Group with powerful patrons who have vested interests to the detriment of Hindu society and culture.