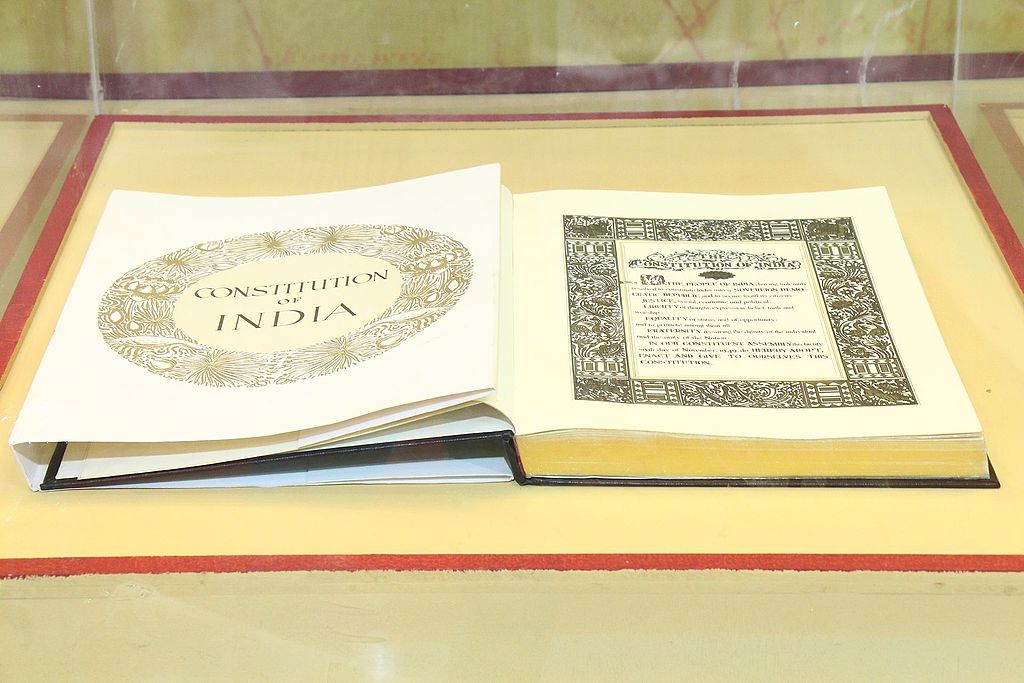 “India, that is Bharat…” When framers of our Constitution used those words in that sequence in its very first article, they were conscious of certain facts: One, India is just a new name of our country Bharat that is homeland of our millennia-old civilisation that gave birth to four major religions – Hinduism, Jainism, Buddhism, and Sikhism – which primarily informed our ancient civilisational ethos and culture; Two, the Indian State is the inheritor and trustee of our ancient civilisation; Three, the Preambular exhortation of ‘unity and integrity of the Nation” has civilisational connotation as deep civilisational ties bound us spatially and inter-generationally spanning across yugas. Thus they were cognizant of India as a Civilisational Nation whose unity and integrity was primarily informed by Sanatana Dharma eons before they assembled to frame the Constitution. Therefore, the moral obligation of the Constitution was largely to nurture our ancient civilisation and its values with a view to reintegrate our Nation and its people, for, bereft of those there will be no India in India as mere geographical lumps alone do not make a nation.

Even though Hindus are about a billion population there is no Hindu State in the world. India being the only country with Hindu majority (except smaller Nepal) and the only homeland for adherents of Indic religions (except Buddhists) it goes without saying that it has civilizational responsibility towards adherents of Indic religions. It’s an unfortunate reality that Hindus (which includes Buddhists, Jains, and Sikhs as per Explanation-II of article 25) suffer religious persecution in some countries. They naturally look up to India for succor and refuge as they (except Buddhists) have nowhere else to go. But those who escaped to India have long been suffering for want of Indian citizenship – an essential for a dignified living.

As per TRIPS agreement, Parliament enacted Geographical Indications of Goods (Registration and Protection) Act, 1999 to protect material goods. If there could be so much anxiety for ephemeral material objects, should we not show an equal if not greater concern to protect the persecuted people who are carriers of religious traditions that originated in India and informed our ancient civilisation for millennia? As the morality enshrined in the Constitution is hinged upon our civilisational mores, ensuring wellbeing of people of Indic religions wherever they may be becomes India’s civilisational responsibility, nay constitutional morality.

BJP in its 2014 Election Manifesto promised, “India shall remain a natural home for persecuted Hindus and they shall be welcome to seek refuge here.” Accordingly, Citizenship Amendment Bill, 2016 (CAB-2016) was introduced in Parliament which since lapsed. Given that final NRC in Assam has left citizenship status of many in limbo, the passing of new CAB assumes greater significance. In this context, it is necessary to understand the shortcomings of CAB-2016 to overcome them so that the new law would not get mired in litigation, and the long-suffering persecuted people of Indic faiths would get citizenship expeditiously.

First, CAB-2016 dealt with religious persecution in only three countries i.e. Afghanistan, Bangladesh, and Pakistan. It cannot be said that persecution of adherents of Indic religions is or will be limited to these countries only. For instance, Hindu American Foundation reports, “Hindu American students continue to be bullied and feel socially ostracized for their religious beliefs….” Hence, the law should factor in current as well as future eventualities by including all countries.

Second, CAB-2016 included all minorities in those three countries. This doesn’t make any sense. For, India has no civilisational obligation towards persecuted people of non-Indic faiths. We have been magnanimous to others like Jews and Zoroastrian-Parsis who were persecuted for their religion and had no place to go. But that’s not the case with persecuted Christians and Muslims who can seek refuge and citizenship in any Christian or Christian-majority and Islamic countries respectively. So is the case with regard to Jews who now have their own homeland – Israel. Further, we cannot afford to unnecessarily burden an already overpopulated India. Hon’ble Prime Minister in his 2019 Independence Day rightly flagged the issue of population explosion. It is therefore prudent to limit citizenship only to persecuted adherents of Indic religions and Zoroastrian Parsis only.

Third, the inclusion of all minorities in those three countries in the CAB-2016 is illogical and fraught with the following dangers:

1. It puts an avoidable self-inflicted irrational and unaffordable responsibility on India towards all minorities in neighborhood countries whether or not they are of Indic faiths.

2. Since there is already a demand for Indian citizenship to Rohingya Muslims, a future Govt may find it easy to add other neighborhood countries Myanmar, China etc to the list of three countries in the Citizenship Act, making minorities in Myanmar and China namely, Rohingya Muslims and Uighur Muslims eligible for Indian citizenship. As there is no logic or rationale to include “minorities” now, such an action by a future Govt will simply go unquestioned.

3. The measure which is meant to protect the persecuted Indics who have nowhere else to go will become a legal route for demographic aggression on India by other religions.

Fourth, experts have raised questions regarding the constitutional validity of CAB2016. So even if a fresh Bill becomes law, it may be challenged in courts, which will hardly help the long-suffering persecuted Hindus, etc. Therefore, it is necessary to amend Constitution before amending Citizenship Act.

Fifth, since religious persecution is the basis for grant of citizenship, his subsequent conversion if any to a non-Indic religion repudiates that very basis. He might as well have converted and stayed in his homeland instead of moving to India. Moreover, it is not difficult to fake one’s religion to gain Indian citizenship fraudulently and then proclaim the real identity. Therefore, without stringent safeguards it will end up as legal route for demographic invasion, which CAB-2016 did not factor in. In view of these, it is imperative to amend Constitution by inserting a new article 11A to enable Parliament to amend Citizenship Act limiting citizenship to the persecuted Hindus, Buddhists, Jains, Sikhs and Zoroastrians only from any country with stringent safeguards against misuse by providing for termination of citizenship with consequent disabilities including deportation to his former homeland, applying provisions of Enemy Property Act to confiscate his properties etc.