Cleansing the media-made distortion of AFSPA 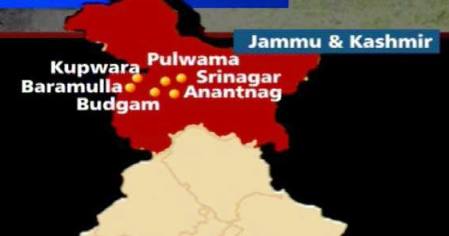 Note: The authors of this article gratefully acknowledge the inputs given by an army officer–who wishes to remain anonymous–involved in insurgency combat in the area.

The summer of 2012–2013 saw a lot of  activist chest-beating on AFSPA. The acronym in fact, like the word ‘secular’, has nearly been criminalized to a point of no return. These efforts led to the recent deaths of soldiers in the Bemina Massacre and on the Line of Control. It is therefore incumbent upon Indian citizens to analyse whether there was an orchestration by a foreign power, a crucial aspect, which was largely buried by a pliant Indian Media. It is also imperative for us to derive future action indicators and be on guard especially over the Media Tub Thumping on the loss of lives where the only sufferers are the nation and taxpayer money.

The international scene of combating terror is a very close giveaway about how nations, governments and security agencies across the world view the methods to combat terror. A few examples :

(The US experience, anyway, should never be allowed to be quoted in Indian context–the US Army has never fought insurgency on home soil and the last time they fought on foreign soil, Hollywood Movies were far better than actual combat experience.)

In the Indian experience, the police is managed (and christened) as a ‘Force’ (except Mumbai Police which is titled the Mumbai Police Seva.  Mumbai Police has always been a shade above the rest and the Calcutta Police, as a British Raj relic, still continues to wear the White Uniform while the Delhi Police does not report to its own State’s Home Minister and Chief Minister.

The point is two-fold: whereas even the Supreme Court has called for Police reforms (it has also note the need for a more stringent AFSPA), the laws of the land devised by the British to suit the prevailing situation of their era haven’t been revoked. It is such laws that continue to serve the purpose of the tyrannical UPA regime, earning it the dubious distinction of presiding over a Decade of Decay.

New laws (such as the conversion of Police districts into Police Commissionerates)  are being enacted in a manner where it either suits the ‘special status’ or a newly-risen ‘Law and Order’ situation.

What also needs to be considered are the challenges in Jammu & Kashmir, which are briefly as under.

There has been a slew of increasingly tough posturing by the separatists every summer depending on the support from India’s delinquent western neighbor. From 2006 onwards, tough law and order situations have been created using the Major Rahman Case (the Army Service Corps officer has now been ‘fully and unequivocally’ reverted back to his rank and stature by the Civil Courts). Thereafter, year after year, the twin rape and murder incident in Sopore, the Amarnath Shrine Land Crisis, the Summer Unrests in the Valley have been used to create an Intifada-like crisis. The usual echo after a militant’s killing during winters is Khoon ka badla June mein! The recent caches recovered have also revealed a bigger ratio of pistols than earlier–that is, the usual consignments of AK series of weapons. This signals the changing facet from a “dying down insurgency” to a metamorphosis into an urban insurgency cum intifada.

One of the prime reasons for such a shift is not a natural drift but the fact that the Indian Army in the form of its Rashtriya Rifles Force is now firmly the Hinterland Force which operated only in rural areas and had no presence in District HQs and even at some of the Tehsil HQs in the valley. The ‘White Collar Terrorists’ (read: Pakistan Army’s Khaki) and Pakistan mandarins in the ISI HQ are fully well aware of the age-old and time-tested anti-insurgency skills of the Indian Army. Which is why they are now targeting the Jammu and Kashmir Police and the CRPF. The Indian Army may actually be closer to be conducting ops in these areas given the recent attack on its convoy on the outskirts of Srinagar.

Latest Wikileaks cables suggest that Pakistan is in favor of managing a partial revocation of the AFSPA. People like Omar Abdullah who support such makeshift arguments are allowing themselves to become the laughing stock in the eyes of those who watch insurgencies and J&K closely. Was there ever a point of time in history where the provisions of TADA, MCOCA were applicable to certain portions of a state/city and not others? The fact is AFSPA is applicable to Jammu, RS Pura and BD Bari Railway stations but then no one’s complaining because there are no insurgents there! The take-home idiom is the Indian Army and other Security Forces conduct operations wherever there are militants, and not merely at places where AFSPA is applicable.

Communication lines carrying troops and supplies are the major targets of insurgents world over. Pakistan has been making millions out of NATO supply routes and regularly allows attacks by insurgents to emphasize its gift to the Americans. The Yankees have even opened another route from the Central Asian Republics not to present a single jugular vein to the ISI. The fact is, Sepoy Bhoop Singh, Sub Lauh Sing and Capt Handsome are all sitting ducks while travelling on NH 1A (now NH 44). Leaving them to their fate without AFSPA protection will be another disservice to them, though as a nation, we have continued to display a couldn’t care less attitude since 1947.

However, if we carefully analyse the media blitzkrieg aimed at the “resuscitation of human rights (sic),” it is clear that there a highly sophisticated financial structure backing it. The proportion of this financial backing depends on the threat perception of Pakistan’s mandarins back home. This financial backing has also successfully allowed select households to splurge caviar and French cuisine on their dining tables in Lutyens Delhi.

Let us first analyse the background our journalists hail from. A regular Delhi-based journalist would have typically gone through one of the language courses (English Hons, for instance) at a North Campus college and entered either the Mass Communications stream in Jamia Milia Islamia or JNU. A degree sponsored by dad or dad’s friends who would be at the helm of affairs in a ‘Foundation’ associated with the Ivy League, followed by placement in a prominent English News Channel.

This is not to generalize and paint the entire set of journalists with the same brush. But it must be said that there are a few who have their siblings and dads in the Defence Forces. A journalist is most likely to look at such key, security-related issues globally and least likely to look at them from a soldier’s point of view. The course till this juncture, was palpable and correct. What starts thereafter, is the curse of the lobbyists: offers to attend a Human Rights Seminar in Brussels and Geneva, to present a paper on say ‘Kashmir : From 1947 to AK-47’ (sic) in Geneva. Obviously, all expenses are paid. This is when those who are on the payroll of Phai, Stratfor, and a particular Media House being allowed to beam live into Pakistan, enter the picture.

In this era of buying Facebook Likes from Turkey, what is being spoken above is peanuts. Whereas Lady Macbeth is the first one to take the first flight to the Dal Lake to shoot a Kashmiriat Episode with Mufti Saab, a turbaned journo of another channel is said to have made more than a crore out of not reporting a Congress MP’s misdeeds despite shooting it. The amount that can be made from ‘not reporting’ is itself so huge that very few have to venture into twisted reportage.  But there is no end to human desires, and the moolah is made on both accounts.

What a common citizen needs to know about AFSPA is that it is merely an Enabling Provision to employ the soldier where the Policeman fails. Consider facts given below :

The average Indian, served news along with  breakfast and dinner, thus must know that what is being served on the screen is not only an agenda. It is also a gross consumer of the viewer’s tax money. The Fourth Pillar has built vast estates and has cornered bad money through dubious deals and devious methods. The only method to put the house in order is to sensitize, and sanitation shall follow with more and more ordinary citizens questioning those who themselves have no faces to ‘Face The Nation’.