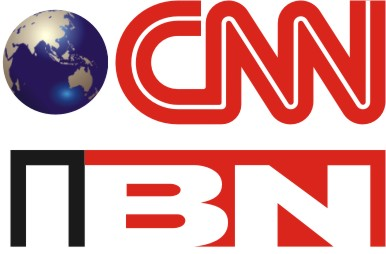 In what seems to be a stark warning, the piece titled ‘Love Jihad’ and religious conversion polarise in Modi’s India which appeared on the IBN website paints the picture of a religiously polarized India under the premiership of Narendra Modi. The main assertions from the article are listed below:

It seems the unnamed author of the piece doesn’t bother with such inconvenient things like facts or evidence. Both the idea and the intent seems to be to somehow “prove” that India is becoming a religiously hostile nation due to the coming of the BJP government. As someone concerned about facts and objectivity in public discourse, here are some facts  for CNN-IBN:

1. As far as ending diversity is concerned, I suggest the author take a look at the following extract taken from a detailed report of TII from 2006 which highlights activities of several missionary groups:

…These [Missionary] associations mostly target the socio-economically needy groups and blame their ancestral religion, Hinduism for their woes, and simultaneously telling them that accepting Christ as their savior will bring prosperity. Upon conversion they are taught to despise Hinduism which the missionaries describe as an unusual cult……

This extract is further corroborated by this statement from horse’s mouth, the Evangelical Fellowship of India (EFI):

And to top it all, here is what US-based Christian fundamentalist Pat Robertson had to say:

..I believe they are open to Jesus, and my hope is to see 100 million Indians come to the Lord Jesus Christ in the next few years. …

It is an unfortunate fact that the Hindu society still has to bear the burden of caste discrimination in some parts, and many of those suffering due to this anomaly are falsely told by the missionaries that accepting Christ as their savior will bring them prosperity. But as this piece from BBC states, these unfortunate people are unable to prosper even after converting to Christianity.

As means to atone for the offense of allowing caste discrimination, many Hindu organizations are actively taking steps to eliminate these kinds of prejudices. That is the reason many of those who initially converted to Christianity are slowly returning to the Hindu fold. However, if this practice of making converts is hazardous, then why doesn’t the author call for banning conversions all together, putting an end to all this controversy? But as usual, he practices the age-old secular tactic and chooses to deny Hinduism and other Dharmic traditions the right to keep their followers free from intrusion, and aggressive proselytization.

2. What does the author mean by hardline statements of Mohan Bhagwat? I suppose it is a reference to a recent speech where Bhagwat claimed:

For the next 5 years we have to work with the aim of bringing equality among all the Hindus in the country. All Hindus should be drinking water at one place, should be praying at one place and after their death, their bodies should be burnt at the same place.…the whole world calls Indians as Hindus…like people of Germany are called Germans, of America are called Americans, people of Hindustan are called Hindus…it doesn’t matter what their food habits, language, where they live, or their religion is…they are Hindus.

If the author understood the speech, it would be clear that the goal of Mohan Bhagwat is to bring equality among all Hindus. If the contention is about India being a Hindu Rashtra, that is a never-ending debate because the secularists are habituated to ignore any fact presented to support this claim. Bhagwat is not alone in this—cultural nationalism is becoming a worldwide phenomenon as these statements will show:

“I believe we should be more confident about our status as a Christian country,” British Prime Minister David Cameron.

We feel bound to the Christian image of humanity – that is what defines us. German Chancellor Angela Merkel.

Instead of raising false alarms, the author should have done wholesome reading to understand Bhagwat’s position.

3. As far as Love Jihad is concerned, the following points will suffice:

Former Kerala chief minister V.S. Achuthanandan said in July 2010 that Muslim fundamentalists in the state were trying to increase their clout by encouraging conversions.

The Economic Times reported in 10 December, 2009 about the Kerala High Court finding indications of forceful religious conversions under the garb of “love” in the state, and asked the government to consider enacting a law to prohibit such “deceptive” acts.

4. On the subject of Yogi Adityanath, perhaps his statements would have been condemnable had the situation been more balanced and fair. But as shown in this article the responsibility to be tolerant is always expected from the Hindus.

Indeed, no one wants polarization of any kind as it impedes progress and creates avoidable tensions. But certainly counters to intrusion and deceitful conversions are required to prevent said polarization. Peace and tolerance is not a one-way street.