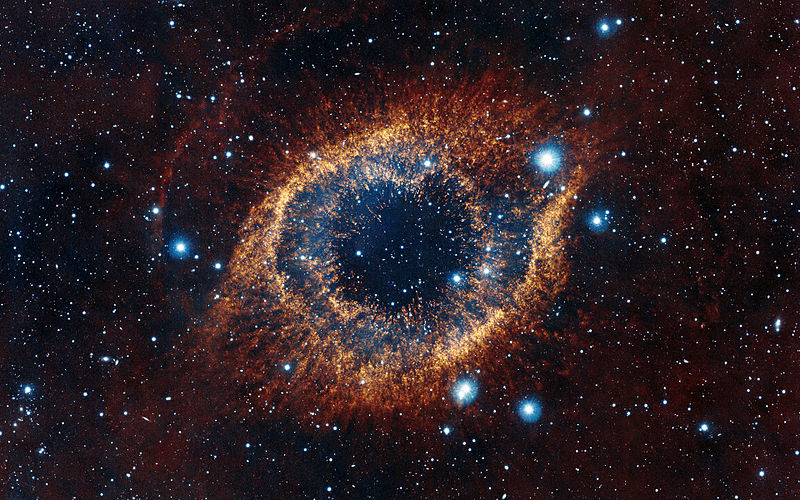 The page numbers given at the end of each passage are from the Venkatesananda (1993) translation. YV consists of 6 books where the sixth book itself has two parts. The numbers in the square brackets refer to the book, (part), section, verse. The reference to the Sanskrit original is also listed in the bibliography.

The YV model of knowledge

YV is not written as a systematic text. Its narrative jumps between various levels: psychological, biological, and physical. But since the Indian tradition of knowledge is based on analogies that are recursive and connect various domains, one can be certain that our literal reading of the passages is valid.

YV appears to accept the idea that laws are intrinsic to the universe. In other words, the laws of nature in an unfolding universe will also evolve. According to YV, new information does not emerge out of the inanimate world but it is a result of the exchange between mind and matter.

It accepts consciousness as a kind of fundamental field that pervades the whole universe. One might speculate that the parallels between YV and some recent ideas of physics are a result of the inherent structure of the mind.

Our readings of the YV are confirmed by other texts such as the Mahābhārata and the Purāṇas as they are by the philosophical systems of Sāṃkhya and Vaiśeṣika, or the various astronomical texts.

Here is a reference to the size of the universe from the Mahābhārata 12.182:

The sky you see above is infinite. Its limits cannot be ascertained. The sun and the moon cannot see, above or below, beyond the range of their own rays. There where the rays of the sun and the moon cannot reach are luminaries which are self-effulgent and which possess splendor like that of the sun or the fire. Even these last do not behold the limits of the firmament in consequence of the inaccessibility and infinity of those limits. This space which the very gods cannot measure is full of many blazing and selfluminous worlds each above the other. (Ganguly translation, vol. 9, page 23)

The Mahābhārata has a very interesting passage (12.233), virtually identical with the corresponding material in YV, which describes the dissolution of the world. Briefly, it is stated how a dozen suns burn up the earth, and how elements get transmuted until space itself collapses into wind (one of the elements). Ultimately, everything enters into primeval consciousness.

If one leaves out the often incongrous commentary on these ideas which were strange to him, we find al-Bīrūnī in his encyclopaedic book on India written in 1030 speaking of essentially the same ideas. Here are two little extracts:

The Hindus have divided duration into two periods, a period of motion, which has been determined as time, and a period of rest, which can only be determined in an imaginary way according to the analogy of that which has first been determined, the period of motion. The Hindus hold the eternity of the Creator to be determinable, not measurable, since it is infinite. They do not, by the word creation, understand a formation of something out of nothing. They mean by creation only the working with a piece of clay, working out various combinations and figures in it, and making such arrangements with it as will lead to certain ends and aims which are potentially in it. (Sachau, 1910, vol 1, pages 321-322)

The mystery of consciousness is a recurring theme in Indian texts (Kak, 1997). Unfortunately, the misrepresentation that Indian philosophy is idealistic, where the physical universe is considered an illusion, has become very common. For an authoritative modern exposition of Indian ideas of consciousness one must turn to Aurobindo (e.g. 1939, 1956).

It appears that Indian understanding of physics was informed not only by astronomy and terrestrial experiments but also by speculative thought and by meditations on the nature of consciousness. Unfettered by either geocentric or anthropocentric views, this understanding unified the physics of the small with that of the large within a framework that included metaphysics.

This was a framework consisting of innumerable worlds (solar systems), where time and space were continuous, matter was atomic, and consciousness was atomic, yet derived from an all-pervasive unity. The material atoms were defined first by their subtle form, called tanmātra, which was visualized as a potential, from which emerged the gross atoms. A central notion in this system was that all descriptions of reality are circumscribed by paradox (Kak, 1986).

The universe was seen as dynamic, going through ceaseless change.