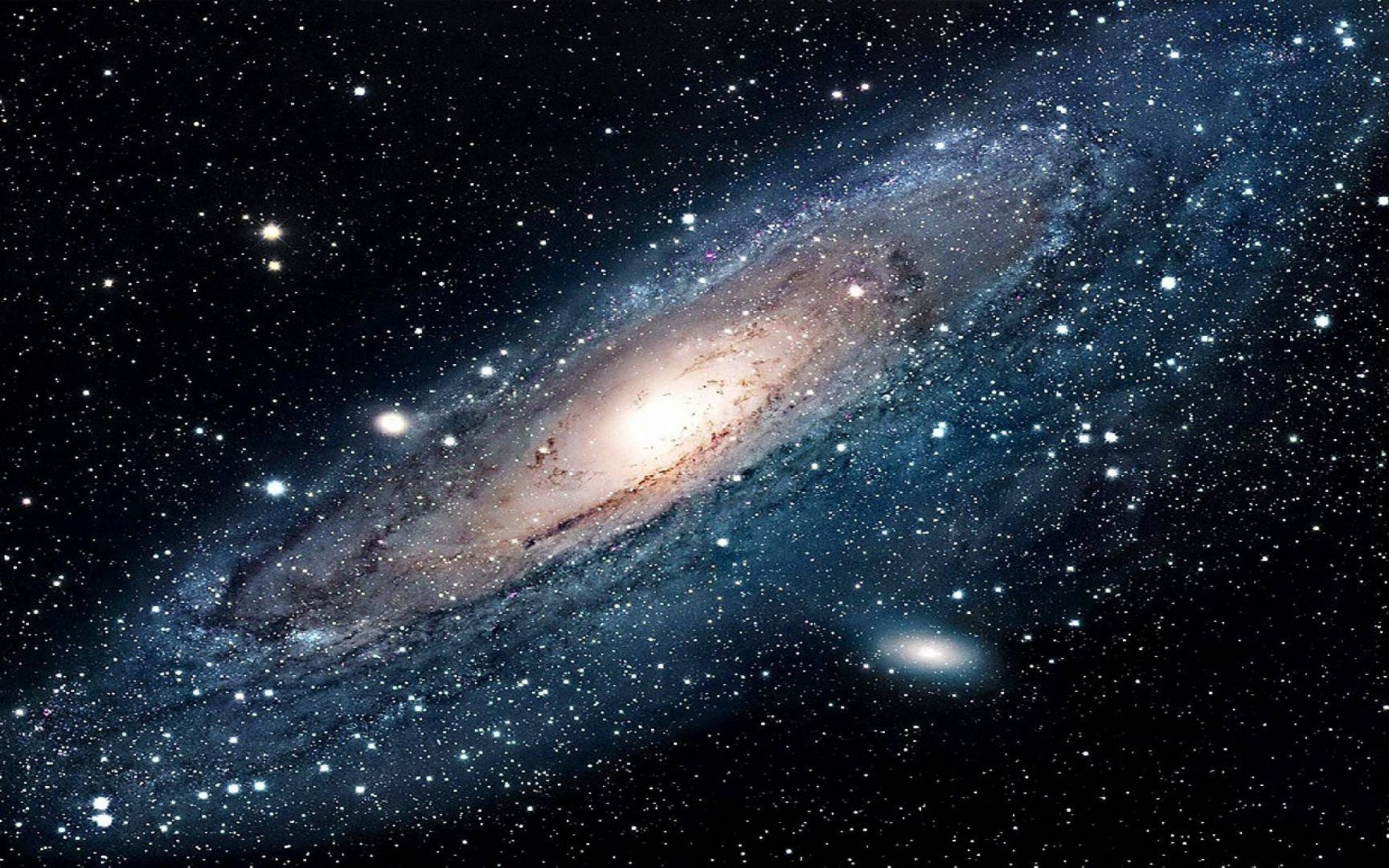 Ancient Indian ideas of physics, available to us through a variety of sources, are generally not known in the physics world. Indian astronomer/physicists, starting with a position that sought to unify space, time, matter, and consciousness, argued for relativity of space and time, cyclic and recursively defined universes, and a non-anthropocentric view. The two most astonishing numerical claims from the ancient Indians are: a cyclic system of creation  of the universe with a period of 8.64 billion years, although there exist longer cycles as well; and, speed of light to be 4,404 yojanas per nimes.a, which is almost exactly 186,000 miles per second (Kak, 1998a)!

A critic would see the numbers as no more than idle coincidences. But within the Indian tradition it is believed that reality, as a kind of a universal state function, transcends the separate categories of space, time, matter, and
observation. In this function, called Brahman in the literature, inhere all categories including knowledge. The conditioned mind can, by “tuning” in to Brahman, obtain knowledge, although it can only be expressed in terms
of the associations already experienced by the mind. Within the Indian tradition, scientific knowledge describes as much aspects of outer reality as the topography of the mindscape. Furthermore, there are connections between
the outer and the inner: we can comprehend reality only because we are already equipped to do so! My own papers listed in the bibliography can serve as an introduction to these ideas and point to further references for the reader to examine.

Two philosophical systems at the basis of Indian physics—and metaphysics—are Samkhya and Vaisesika. Samkhya, which is an ancient system that goes back to the 3rd millennium BC, posits 25 basic categories together with 3 constituent qualities, which evolve in different ways to create the universe at the microcosmic as well as the macrocosmic levels. It also presupposes a “potential” (tanmatra) to be more basic than the material entity. Vaisesika is a later system which is an atomic theory with the non-atomic ground of ether, space, and time upon which rest four different classes of indestructible atoms which combine in a variety of ways to constitute all matter; it also considers mind to be atomic (Kak, 1999). These systems presuppose genesis and evolution both at the cosmic and psychological levels. They also accept cyclic and multiple universes, and centrality of observers.

Unfortunately, historians of science are generally oblivious of Indian physics, astronomy or cosmology. Amongst popular books, Paul Halpern’s The Cyclical Serpent (1995) is unusual in that it places modern speculations regarding an oscillating universe within the context of the cyclic cosmology of the Puranas, but even this book doesn’t define a context for the Indian ideas.

In this paper we present, in a capsule form, the basic Indian ideas on space, time, and observation from the age of the epics and the early Puranas. The ideas of these period seem to belong to last centuries BC and they are described in the Mahabharata, Puranas, and the early Siddhantas. To keep  our sources to a minimum, we mainly use Yoga-Vasistha (YV), an ancient Indian text, over 29,000 verses long, traditionally attributed to Valmiki, author of the epic Ramayana, which is over two thousand years old.

We first look at Vedic cosmology. The Vedas are texts that represent the ancient knowledge tradition of India. While their compilations go back to at least the third millennium, some of their contents might be even older. The Vedic tradition is a part of the Indian culture tradition that has been traced back, archaeologically, to about 8000 BC (Feuerstein et al, 1995). The antiquity of the Vedic texts is, in part, confirmed by their celebration of the Sarasvati river as the greatest river of their age, and modern hydrological studies have established that this river dried up around 2000 BC. The kinglists in the Puranas take us to several millennia before the period of the drying up of the Sarasvati. There is also a rock art tradition in India that has been traced to about 40000 BC (Wakankar, 1992).

There are several statements in the Vedic texts about the universe being infinite, while at the same time the finite distance to the sun is explicitly mentioned (Kak, 1998a-d). Aditi, the great mother of the gods, is a personification of the concept of infinity. A famous mantra speaks of how taking infinity out of infinity leaves it unchanged. This indicates that paradoxical properties of the notion of infinity were known.

In a reference to mapping the outer world into an altar made of bricks, the Yajurveda (hymn 17) names numbers in multiples of ten that go upto ten hundred thousand million. This also suggests a belief in a very large universe.
The Satapatha Brahmana, a commentatorial prose text on the Veda, that most likely goes back to the early centuries of the second millennium BC, provides an overview of some broad aspects of Vedic cosmology. The sixth chapter of the book, entitled “Creation of the Universe”, speaks of the creation of the earth later than that of other stars. Creation is seen to proceed under the aegis of the Prajapati (reference either to a star or to abstract time) with the emergence of Asva, Rasabha, Aja and Kurma before the emergence of the earth. Visvanatha Vidyalankara suggests that these are the sun (Asva), Gemini (Rasabha), Aja (Capricorn) and Kurma (Cassiopeia).

This identification is supported by etymological considerations. The Rgveda 1.164.2 and Nirukta 4.4.27 define Asva as the sun. Rasabha which literally means the twin asses are defined in Nighant.u 1.15 as A´svinau which later usage suggests are Castor and Pollux in Gemini. In Western astronomy the twin asses are to be found in the next constellation of Cancer as Asellus Borealis and Asellus Australis. Aja (goat) is defined by Nighantu 1.15 as a
sun and owing to the continuity that we see in the Vedic and later European names for constellations (as in the case of the Great Bear) it is reasonable to identify it as the constellation Capricorn (caper goat + cornu horn). Kurma is a synonym of Kasyapa (tortoise) which is like Cassiopeia (from Greek Kassiopeia), and it is appropriate because it is near the pole.

The Puranas view the universe to have a diameter of about 500 million yojanas, but beyond the universe lies the limitless Pradhana, that has within it countless other universes (Kak, 1998a)

The internal evidence of the Yoga-Vasistha (YV) indicates that it was authored or compiled later than the Ramayana. Chapple (1984) summarizes the views of various scholars who date it variously as early as the sixth century AD or as late as the 13th or the 14th century. Dasgupta (1975, 1932) dated it about the sixth century AD on the basis that one of its verses appears to be copied from one of Kalidasa’s plays considering Kalidasa to have lived around the fifth century. The traditional date of Kalidasa is 50 BC and new arguments (Kak 1990) support this earlier date so that the estimates regarding the age of YV are further muddled and it is possible that this text could be 2000 years old.

YV may be viewed as a book of philosophy or as a philosophical novel. It describes the instruction given by Vasistha to Rama, the hero of the epic Ramayana. Its premise may be termed radical idealism and it is couched in a fashion that has many parallels with the notion of a participatory universe argued by Wheeler and others. Its most interesting passages from the scientific point of view relate to the description of the nature of space, time, matter, and consciousness. It should be emphasized that the YV ideas do not stand in isolation. Similar ideas are to be found in the earlier Vedic books. At its deepest level the Vedic conception is to view reality in a monist manner; at the next level one may speak of the dichotomy of mind and matter. Ideas similar to those found in YV are also encountered in Puranas and Tantric literature.

YV is a text that belongs to the mainstream of the ancient Vedic tradition that professes to deal with knowledge. Astronomical references in the Vedic texts take us back to the 4th or 5th millennium BC or even earlier (e.g. Kak 1994-6).

Roughly speaking, the Vedic system speaks of an interconnectedness between the observer and the observed. A similar conception appears to have informed many ancient peoples including the Greeks.

The Vedic system of knowledge is based on a tripartite approach to the universe where connections exist in triples in categories of one group and across groups: sky, atmosphere, earth; object, medium, subject; future, present, past; and so on. Beyond the triples lies the transcendental “fourth”.

Three kinds of motion are alluded to in the Vedic books: these are the translational motion, sound, and light which are taken to be “equivalent” to earth, air, and sky. The fourth motion is assigned to consciousness; and this is considered to be infinite in speed.

At least one of the founders of quantum theory was directly inspired by the Vedic system of knowledge. Schr¨odinger (1961) claims that the Vedic slogan “All in One and One in All” was an idea that led him to the creation of quantum mechanics (see also Moore, 1989). Even before Schrodinger, the idealist philosophical tradition in Europe had long been moulded by Vedic ideas. It should also be noted that many parts of the Vedic literature are still not properly understood although considerable progress has recently taken place in the study of Vedic science.

It is most interesting that the books in this Indian tradition speak about the relativity of time and space in a variety of ways. The medieval books call the Puranas speak of countless universes, time flowing at different rates for different observers and so on.

Universes defined recursively are described in the famous episode of Indra and the ants in Brahmavaivarta Purana 4.47.100-160, the Mahabharata 12.187, and elsewhere. These flights of imagination are to be traced to more than a straightforward generalization of the motions of the planets into a cyclic universe. They must be viewed in the background of an amazingly sophisticated tradition of cognitive and analytical thought (see e.g. Staal 1988; Rao and Kak 1998).