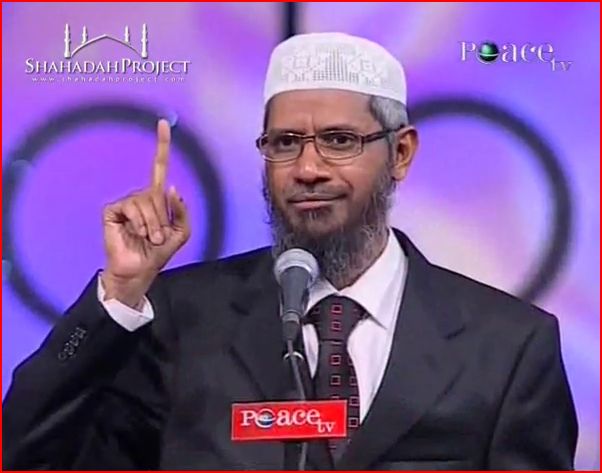 Dr Zakir Naik, Indian public speaker on comparative religion and full time Da’ee, in his lecture ‘Da’wah or Destruction’, to motivate the Muslims to do da’wah says:

If people tell you to mind your own business, you tell them, that as a Muslim it IS my business. In fact it is the business of every Muslim to mind other person’s business as far as dawah is concerned.

Dr. Naik is a controversial and famous personality and ranks 89 in the Indian Express’s list of “100 most powerful Indians in 2010”. Now Dawah is one of the sacred duties of Muslims and religious conversion should ideally be an evolving voluntary process. It is not a one way traffic which one seeks to ban. Zakir Naik himself describes it as a business and so we need to draw attention towards the masses attending his lectures—in other words, his customers and the strategy Zakir Naik adopts to sell his ‘product’ in India.

Let’s analyse the level of competition within the industry of religious conversion to understand how Zakir Naik developed his business strategy. Here, it is important to note that majority of the consumers are Indian Hindus and suppliers are considered to be UAE and Middle East based Funding and Award providers who patronize Dr Zakir Naik in his endeavours.

Despite high competition within the industry, Dr Zakir Naik has a strong faith in his differentiated product with features that demand customer loyalty and an operational strategy which has proven effective so far. This needs evaluation of the core competence of his business.

(a) Adept at entering new markets, usually quickly to developing markets or markets that display signs of chaos or confusion, and

Now let’s analyse the most important operational aspect of his whole business plan to get an answer to these questions : How does he do it? Why does he do it?

It can be said without doubt that Zakir Naik uses secularism and liberal ideologies to strike a conversation and then mould the message to suit his agenda, which is converting non-Muslims to Islam. What is his marketing strategy, or why do target consumers get attracted to his product or how can we market our own product are topics of discussion for another time. For now I would like to conclude with a story from the book ‘If You Meet the Buddha on the Road, Kill Him’.

A man was admitted to a psychiatric unit in New Jersey after being arrested wandering around wearing a long white sheet and quietly muttering gibberish. Since he was unable to explain his appearance he was was diagnosed: Schizophrenia, Chronic, Undifferentiated Type. Luckily however during the hospital visiting day, twenty other people wearing white sheets turned up at the unit and ‘speaking in tongues’. The psychiatrist in this case released patient with explanation: ‘One such man is a lunatic, twenty constitute an acceptable and sane community’.