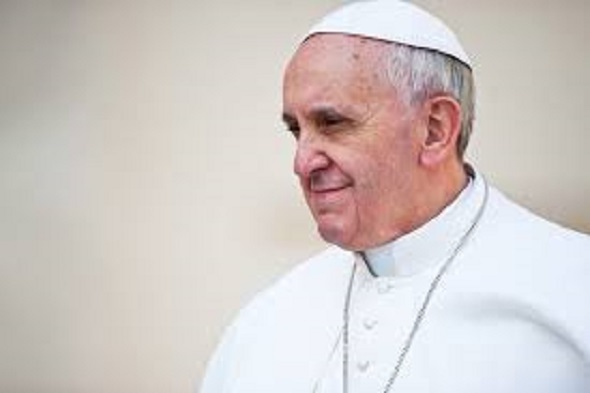 The fine art of subverting an individual’s belief system to an extent that he starts hating his culture and tradition has been perfected by the Christian Church for over two millennia. This is a game they played and perfected against the unsuspecting Romans some 2000 years back. Early Christian were no theologians or intellectuals, they were mostly disgruntled slaves, criminals and other dregs of the society (It  is interesting to note that Christianity, Islam and Communists thrive on unhappiness and unrest, manufactured or otherwise). These early Christians were no match for Romans. Their arguments were childlike polemics against the might of Greco-Romans intellectual traditions. But within 300 years the Romans were defeated at their own game and Christianity held sway over the minds of the people and entire nations.

Latin speaking Christians in the West did not acquire a philosophical mind of any considerable quality before the middle of the 4th century, with the conversion of the Roman Neoplatonist Marius Victorianus… (Heathen In His Blindness by SN.Balagangadhara)

Just like the early Christians, Hindus at the moment lack or have forgotten the intellectual depth and knowledge to challenge the Christian missionaries who have sharpened their theological skills by borrowing from various traditions and cultures they encountered around the world over the past 2000 years. The current reconversion efforts by Hindu groups titled ‘Ghar-Wapsi’ (homecoming) is one such well-natured but naïve attempt to challenge Christian conversion missions.

Much like the proverbial tiger skin analogy given by Kalyana to Alexander, where one side of the skin rises up when other side is pressed down, this will be an endless circular battle with no conclusive results. The only unwanted by product of such actions would be giving a handle to sundry rights groups, media kangaroo courts, pseudo intellectuals and Western countries to berate India on its religious freedom track record and give the BJP government an unwanted headache distracting it from its development agenda. It’s another matter that such Ghar Wapsi has been happening since decades under Congress regimes but the media and the liberals find this an opportune moment to protest.

So how can Christian conversion be tackled? Is there a way to stop them from eating and digesting our civilisation and culture? In my humble opinion, there are a few legislative and judicial routes open considering that Anti-Conversion laws exist in many states. They just need to be beefed up and enforced.

Christianity in its early days had difficulty in convincing the Romans that Christianity was indeed a religion at all or had a history or traditions with any great antiquity. In fact Romans had not even heard of the Jesus heralded by the Christians. For the Romans any practice that was rooted in antiquity handed down from generation to generation (much like Hinduism) was tradition or tradicio as they called it and thus formed a part of their belief system which is religion or religio for the Romans.

And so a young religion like Christianity, which was not the ancestral custom/ tradition of a people, was hard pressed to provide evidence for its antiquity or traditions. Christians resorted to borrowing from Jewish traditions, Moses and other stories and thus put together a ‘doctrine’ which they showcased as the New Testament, a new and improved version of the Jewish Old Testament. One must say that the Christians used the gift of hindsight as a great weapon. The New Testament doctrine hardcoded many aspects of Christianity which was further reinforced through the Nicene creed and over time, many new elements of the religion got incorporated into it and have now become integral parts of Christianity. What we see today is the finished product of Christianity with not much scope for path breaking revolution besides some concessions and amendments with the core remaining intact.

Keeping the above in mind, we can try to tackle the inculturation and attempted digestion of Hinduism by Christians through the law of antiquity, precedence, traditions and sanctioned practices of the Church. Just like the Romans, Hindus can take a more intellectual route to combat Christian conversion via inculturation by demanding from the Church evidence via law of precedence or evidence through religious scriptures or other aspects of the Christian doctrine where the use of Saffron robes, Rudraksahmala, Jesus Sahasranama, Jesus Namavali, Jesus Devasthanam and other aspects of inculturation that one may come across has been practiced anywhere in the world and is a part of Christianity or sanctioned Christian practices. On the other hand, Hindus should show how these elements have been part of Hinduism for thousands of years with scriptural evidence where applicable. Inculturation or borrowing Hindu traditions and customs thus can be outlawed by law.

One very effective way to dent the Christian evangelism is a proactive anti-conversion campaign. Hindus can enlist the support of many intellectuals, activists, academics and even normal folks in the West who oppose the Church’s conversion activities. They can be invited to tour India to engage and speak with vulnerable sections of the society on the evils of conversions and probably even expose the lies of the Church.

Let’s face it: given India’s colonial past, Indians face an inferiority complex while dealing with white people and the Church exploits this Indian vulnerability to the hilt. There is nothing more gratifying than a white man touching, moving about or even eating at a Dalit house while his co-religionists shun him. This misplaced sense of acceptance by a white man is all that a Dalit needs to convert to an alien cult. Take this missionary edge away by firstly integrating the outer fringes of Hindu society and counter the white missionary with white Christian myth busters.

Christianity believes in congregation, a collective place for mass worship and for this they have the Church. The Church is also a place where they can place their religious icon the cross for everyone to see so that it acts as a beacon for future converts. They tend to spread their religion by planting Churches in remote areas and servicing the region with a local or foreign priest. In most cases, new Churches are planted in places where there are no Christians to begin with.

Now why would Christian missions want to plant a new Church where there are no Christians at all but for the purpose of conversion?  This is where the Anti-Conversion law needs to be beefed up to enforce this rule. Here are some suggestions:

1. No new Church can be planted where there are no native Christians living in the region for a specific period of antiquity—say 100 or more years. Imported or supplanted Christians won’t count.

2. For a new Church to be installed, the local Christian population should be a certain percentage of the overall population

3. No planting of Christian icons till above conditions are met.

Thus for example JP Nagar, Jayanagar, Banashankari in South Bangalore where the Christian population is negligible, the Missions cannot either start a conversion campaign or plant a Church.

Missionaries enter India using a normal visitor’s Visa which does not allow them to engage in any conversion activities but they still continue to do so since enforcement is non-existent and it is very difficult to follow every missionary. Thus the route can be plugged at source by denying visas to foreign Church officials and missionaries. A little research by the Indian embassy or consulate in the foreign country can give them a lot of information about such organisations. Some of them are even school teachers who use their summer holidays to visit India for missionary activities.

In my opinion, laws of precedence and proactive anti-conversion campaigns are two untried methods to counter Christians especially the law of precedence if properly applied with the aid of an expert scholar, and can yield high dividends, and will hopefully put an end to both missionary and inculturation activities.

(The author is a researcher at India Platform and can be reached at @sshankara on Twitter.)

Pagan revival: Why it is a nightmare for Christianity

Why Christianity poses a clear threat to India