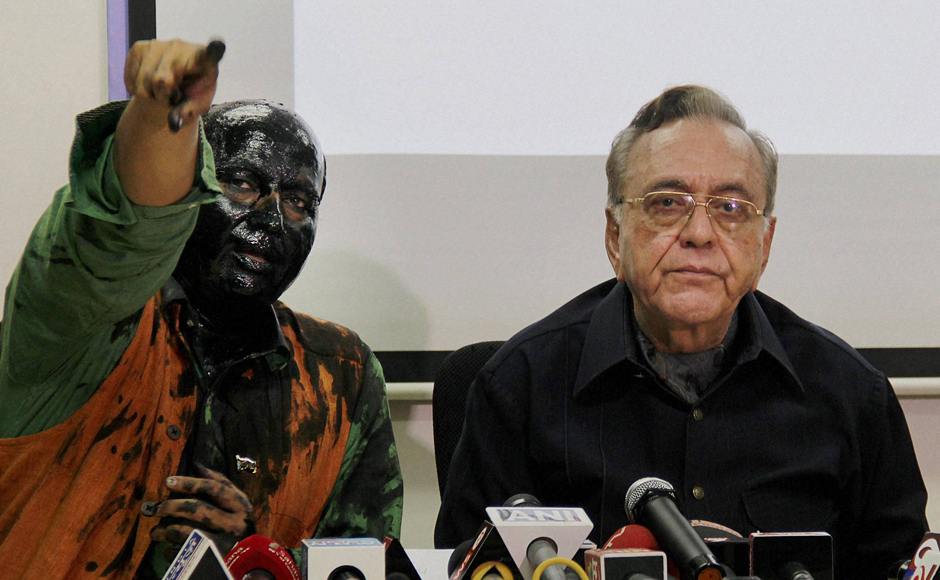 If India were an animal farm, it has been encroached by a class of one-eyed animals, who are better educated and have given themselves awards, live in comfortable homes, drink bottled water, and infest our television studios and Sahitya Akademi.

Celebrated as intellectuals, this class of one-eyed animals, with feet deep in the dynasty that ruled for the maximum period since Independence, has long tails which wiggle in the direction of the well from where honey once flowed. 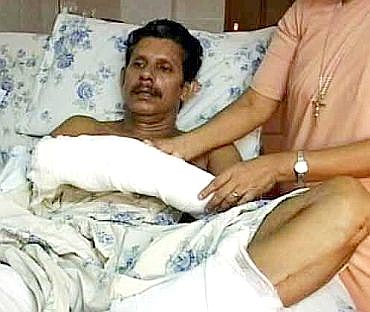 The one-eyed species, journalists and politicians included, sees the killing of a Muslim man in Dadri by extremist Hindus, but by habit goes to pretend-slumber when Professor T.J. Joseph’s hand is chopped off by Islamic terrorists in Kerala.

Baba Ramdev, the yoga guru, can at least claim that he tried to avoid an ink attacker. But the one-eyed intellectual understands the inner workings of media industries. Sudheendra Kulkarni for example, calmly allows Shiv Sena members to blacken his face, more thoroughly the better, waits for television crews and proceeds to host former Pakistani foreign minister Khurshid Mahmud Kasuri in Mumbai.

This intellectual will not release Nobel laureate Malala Yousafzai’s book in her birthplace, Swat. He knows where to host book events, and importantly,where not to host them. Backed by paid media, this one-eyed species collides against the unpaid social media and elected representatives.

In Bihari writer George Orwell’s Animal Farm, the pigs that rule over all other animals are clever and educated, and are guarded by carefully-raised dogs, or journalists in modern times.

Journalists bark on Twitter, authors return awards; and the Congress party is defended, not by its own leaders.

In Orwell’s novel too, dogs help cause a political coup for the pigs.A one-eyed journalists elected Haryana chief minister M. L. Khattar to seek his views on beef; she could have chosen the more suave Arun Jaitley, or gone to any village to seek views on beef.

As per a Pew forecast, India will have the largest Muslim population by 2050. Since the cuddly cow is grammared into Indian civilisation, beef riots are easy to stoke and to roast our politics, or human lives.

We naively believe that journalists seek truth. The case is otherwise: journalists know the truth and use it as an inflammable weapon to effect a political coup.

In India, beef has been an issue for centuries, notably when Mughal emperor Akbar banned cow slaughter. Khattar’s interview was headlined by the editor as: “Muslims can live in this country but they will have to give up eating beef, says Haryana CM.”

Without mentioning Pakistan, the editor conveyed this message: Muslims should leave for Pakistan if they do not give up eating beef. Inserting words into mouths is a journalistic talent. The actual interview was published in actual context the next day, after the editor’s tongue tasted blood. Truth does not prevail; what prevails is the truth.

In Kerala, the communists who organise beef festivals are moral cowards of our times and will not organise a pork-eating festival in Kozhikode and Malappuram, or in front of Delhi’s Jama Masjid.

The one-eyed intellectual who shouts on the killings of Muslims routinely stitches his lips when it comes to the murders of Hindu activists in Kerala and Tamil Nadu.

Thanks to the one-eyed rulers, Indian secularism is half-Islamist and half-Pakistani. Akhilesh Yadav, the chief minister of Uttar Pradesh, hosted Pakistani singer Ghulam Ali in Lucknow after his show was cancelled due to the Shiv Sena’s threat.

Arvind Kejriwal, the secular chief minister, invited Ali to Delhi. Kejriwal and Yadav did not invite our Oscar-winning musician A. R. Rehman after his show in Delhi was cancelled due to a Barelvi cleric’s fatwa.

The one-eyed intellectual nurtures his type. Khushwant Singh, who defended Emergency, was loved and celebrated. He sides with Islamists who attacked T. J. Joseph, or gets The Satanic Verses banned. He is comfortable with criminals.

Vikram Seth, the novelist, was morally comfortable to receive an award from an accused in the 1984 genocide of Sikhs. The one-eyed coward hiding behind literary work, finds every newspaper and television channel to air his views, but accuses our nation of lacking freedom of speech.

Salman Rushdie, who was prevented by the secularist-Islamist goons from speaking in Jaipur, walks into the embrace of the one-eyed species, the ruling seculariate.

A newspaper reported that Panchjanya, a magazine close to the Rashtriya Swayamsevak Sangh, justified killings for slaughtering cows. The same newspaper shuts its eye to the justifications of hate against non-Muslims, or killings of apostates in the Quran and Hadiths (traditions of Prophet Muhammad).

Mumbai-based newspaper Roznama Urdu Times, in an article on 26 December cited the Quran and Hadiths to justify that Muslims converting to Hinduism be murdered. It wrote: “The first interpreter of the Quran, Prophet Muhammad, has clearly ordered the killing of aperson becoming apostate.”

If Panchjanya be banned, what about the Quran?

Antonio Gramsci, the Italian Marxist, said: “All men are intellectuals, but not all men have… the function of intellectuals.”

In the Gramscian sense, voters (and Twitter “trolls”who fight for truth) are intellectuals who shape politics. In the 2014 elections, this class of two-eyed species filled up the creative deficit in the nation’s politics which the one-eyed animalshad created.

Consequently, a tea-seller became the prime minister whose mission is to build toilets, clean streets and create jobs. The one-eyed intellectual is nowunhappy.

Masked as morality, his cowardice is his weapon; it is hatching a media-created political plot against Narendra Modi, the elected farmer on the farm.