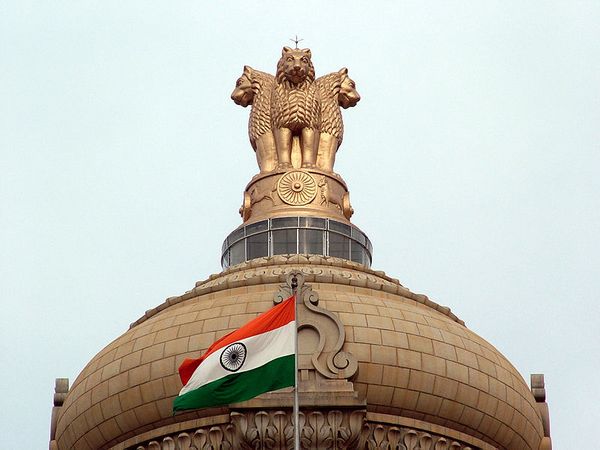 In the Sociology discipline, the very discipline is basically modern, based on social changes in Europe. So we are applying this sociology to understand our society. Why should we import this western thing to understand Indian society?  Surely our ancestors, and our heritage must have had ideas of who we are. We must have our own social ideas, we must have our own social theories based on Indian traditional ideas. By definition Sociology is that which the Europeans developed as a result of their own experiences.

Now Sociological thinkers. Now this will surprise you. These six (mentioned in the slide) are the only six in the list of social thinkers in the syllabus. Even in the west, you will have thinkers that refute them, defy them, and argue against them. It seems that there is a certain cabal of old fashioned social thinkers in India who are trained in western theories, they are very proud and arrogant about what they know. They are trying to protect their turf, protect their reputation and they don’t want to move on and they are hanging on to this syllabus and therefore we are sort of prisoners of that era.

Before that society changed because of media. Before that women’s revolution developed in the west because the birth control pill came, and people were moving around. There was mobility and there was a lot of stuff in the equal rights amendment, none of which was anticipated by social sciences.

Science is something that gives you a model to predict outcomes. So you have gravitation theory, or you have theory of how high tide and low tide happen or how there are eclipses and if you apply the theory you can predict what will happen, when it will happen and how it will happen.

So, if Sociology were a science they should be able to predict with reasonable accuracy but they do not have a track record of scientific prediction capability in the so called social sciences. So it is basically ideology. It’s just ideology, opinions, politics masquerading as science. This is a ploy to create an elitist jargon, which the aam aadmi cannot argue against because the aam aadmi doesn’t understand and to make the aam aadmi look like a fool if he says I don’t understand it, its snob appeal and nothing else.

So then the next one is theories of social stratification again Marx and Weber and the third one is social stratification of class etc. social mobility. So while these are important issues what bothers me is the very exclusive nature of imported social theories and the complete ignorance and elimination and rejection of Indian ideas of who we are as a society. That really bothers me.

Now this is an interesting one.

How is work organized in different societies? So it mentions three. There is a slave society, so work is organized with slavery. Then there is a feudal society and then there is an industrial capitalist society.

How about jati as a system of organization of work? And why isn’t jati there and studied as a system that was there a long time ago, it was very competitive, what went right, what went wrong, what are the dynamics? How the colonial intervention changed the jati structure? Where it is now? Where it ought to go in the future?

Why aren’t we able to create our models of how work was organized? Until about 250 years (ago) India was a very competitive labor, exceedingly industrious, manufacturing people, high amount of export, this has been documented by economists until the British messed it up in order to have their own industrial revolutions to de-industrialize India. Until then India was doing extremely well. So how was it doing so well? How was China doing so well? It wasn’t these kinds of models that the western society went through.

My friend Prof. Vaidyanathan actually studies the relevance of these even today. The relevance of the Indian organization of work in today’s competitive world. But the UPSC exam has no place for any Indian models.

Now when it comes to religion and society it’s all sociological not spiritual ideas of religion.

Since sociological studies are about western ideas of society and about what was wrong with Christianity in Europe and how they had to reform it, they are superimposing all that on India.

So under types of religious practices they list animism, monism, pluralism, sects, cults. I don’t think we study our traditions in this way. This is not how we classify our traditions. We do not put them into these categories.

So you see our children are being taught to learn to fit into these categories. This is prescribed. If you want to get into these exams that’s what you got (to) learn. If you look in more details than I am presenting here in the syllabus they ignore the positive role of our traditions, spiritual traditions in society, in family, for individual development, for mind management and for health.

There is no such thing as role of Indian spiritual traditions in health and yet the whole world is borrowing these traditions for the future of health models, but here it is not even included as a topic.

Now look at this. How is the study of Indian societies being done? It is being done under Indology, Structural functionalism, and Marxist sociology. They have mentioned three Indian names but the point is that these Indians are not practicing traditional people from our background. I’m not saying that everything they have written is wrong, not criticizing that, but I think that when you look at the study of Indian society you should do a purvapaksha of western Indology and introduce Swadeshi Indology as a topic that is worth studying and worth introducing in the topic study of Indian society. I don’t think these classical models are adequate for future civil servants.

Then there is this whole section called caste system. These are mostly western models of caste, and what are the features of caste and untouchability and all of that. To do well in Civil Services exam, one has to study and understand these aspects.

Social classes. They list a bunch of classes in India. I would like them to introduce Anglicized, westernized brown sahibs and sepoys’ class. I think that’s a fair thing to do. It would be innovative, it would make the students reflect on themselves, their neighbors, their parents, the media. We should be able to self-reflect as a sign of being an intelligent people. And the elitist class, which is alienated from “Indianness” is a class and social sciences should also study that.

I will now discuss certain sanctioned, authorized, official sarkari ideological writers. And things have not changed even after the change in government. These are still people from the old guard that are being studied. That’s what the coaching schools are teaching, because that’s what students are being asked to learn, memorize and put out in their exams.

So, “The Hindu” newspaper plays a very prominent role in this because it is one of the prescribed readings. It is prescribed officially by the coaches that you must learn how to read The Hindu newspaper. “The Hindu” is recommended as one of the leading authorities on the topics, civil services aspirants have to study from the syllabus.

Another recommended text on Indian history for the history exam is called “A Brief History of Modern India” by Rajiv Ahir.

This book says that “in the 19th century Indian society was caught in a vicious web of religious superstitions and social obscurantism. Because Hinduism had become a compound of magic, animism, and superstition. The priests were very, very powerful and had unhealthy influence because idolatry and polytheism helped to reinforce their position”.

Now the question arises, why is this author arguing for a kind of monotheism and against image worship? Why can’t I worship images and I worship the divine in many forms? Why is that a problem? Why is that a superstition? Whereas if I say that Moses parted the ocean that is considered very scientific, which is of course ridiculous. Why is it that our ideas are measured by a gold standard, by a yardstick, which is alien to us?

Then the book says “social conditions were equally depressing”. Then there is mention of Sati – “when husbands died they were expected to commit sati”. “Expected” which is very strange because you know “Sati” was very localized first of all in a very small part of India and for very specific reasons. And to say that this was expected all over India, is extremely ridiculous. But this is taught as standard truth to become a civil servant.

And then his book mentions an interesting thing “in modern times caste became a major obstacle in the spread of democracy”. Actually even the worst critics of caste say that caste groups, vote banks facilitated a certain period of democracy. From Congress-centric to BJP-centric the advancement or evolution or whatever you may want to call it the progression of democracy happened with a huge number of caste groups. You may agree whether it was a good idea or say it was not a good idea but you cannot say that it held back democracy. Certainly, democracy was thriving in spite of these caste groups because caste groups brought people into democracy through their own group.

Now in this book, Ram Mohan Roy is presented as the big hero. He is fighting against “superstition and idol worship and evil Hindu practices like sati” that’s why Ram Mohan Roy is great. The book doesn’t mention that Ram Mohan Roy was the person who wrote to the British in London asking that they bring in the Anglicised education system in the English language, which is what Macaulay did. So while we hate Macaulay we forget that Macaulay did not come up with the idea. Macaulay responded to a request by Ram Mohan Roy. So all you guys who are anti-Macaulay should actually take on, really go after Ram Mohan Roy and stop calling him Raja. That was the title the British gave him. I mean he was actually quite a super-sepoy type of person that the British of course praised because he was peddling their line. Then the book praises the British for emancipating Indian women by opening up Christian institutes of education-  as if Indians didn’t know anything about educating women, so the Christians came and did that.