Did the caste system save Hindus from being annihilated? 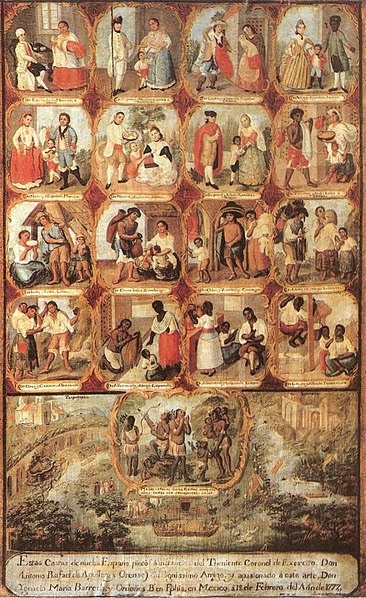 India is one of those rare civilisations where slavery was never an aspect of the society for thousands of years. Slavery was introduced only after the Islamic and European invasions, when millions of Indians were enslaved and transported to places like the Caribbean, the Pacific Islands, Turkey, among other places. Comparing ancient and medieval India to contemporary societies, it is clear that other civilisations, like the Greek, Roman and later European and Islamic societies all indelibly included slavery. Though the Hindus never imposed slavery unlike other contemporary societies, a constant slander on the Hindus involves the caste system. It is worth clearing some misconceptions and shedding some historical light on this phenomenon.

Caste emerges as a much misunderstood or misrepresented part of Hindu society. Modernists and post-modernists, liberals and leftists, everyone appears to have taken it upon themselves to blame all ills of the world on caste. First, it is important to understand what is “caste”. The word is derived from the Spanish/Portugese word casta. Casta derives from a root indicating chastity or purity. The casta system in Latin America was a creation of Hispanic colonial elites. This was a system meant to categorise people based on the amount of admixture of European and indigenous blood. It is interesting to note that the Spanish colonial casta system seems to be totally distinct from the social structures of India, known as varna and jati.

Jati refers to a hereditary occupation or tribe-based community. Jatis have been prevalent for thousands of years in the Indian subcontinent. The vast majority of present-day Hindus belong to one of several jatis. According to genetic studies, jatis have remained endogamic for more than 1000 years. It appears that in more ancient times, endogamy was not as prevalent and there was much intermarrying. In spite of the practice of endogamy, all Indians (including Hindus and non-Hindus) are closely related to each other in terms of DNA.

.. neither was caste so oppressive… Within the steel frame of the caste system, some sort of vertical or horizontal mobility was always permitted. There was also a sense of pride in belonging to one’s caste whether high or low…

A significant point is that even the lowest classes had an importance of their own in the Hindu society. In Hindu marriage, for example, the cooperation and services of Nai, Dhobi, Kumhar, Kahar etc were and are as important as that of the Brahmin purohit. The higher castes depended as much on the lower as the lower on the higher. All castes and non-castes were an essential part of the Hindu social and economic order…

It is thus evident that jati has nothing to do with the blood purity-based casta system of South America. However, during the British colonial rule, from 1901 onwards, for the purposes of the Decennial Census, all jatis were classified into one or the other of the varna social-status related categories as described in Vedic literature. This was done to introduce social chaos and unrest and to wrest the upper hand in favour of the white man. Thus began the colonial perversion of the jati system.

If jati is a hereditary, occupation or tribe-based system, varna is a social system based on spiritual inclination. The Vedic literature speaks of four divisions of society:

A famous verse from the Bhagavad Gita (Chapter 4, verse 13) explains this succinctly when Bhagavan Krishna states:

चातुर्वर्ण्यं मया सृष्टं गुणकर्मविभागश: |
तस्य कर्तारमपि मां विद्ध्यकर्तारमव्ययम्
The four categories of occupations were created by me according to people’s qualities and activities. Although I am the creator of this system, know me to be the non-doer and eternal.

There are innumerable instances in history and literature of people who were born to parents of a particular order, but later switched to a different varna. Vishwamitra, Parashurama, Drona etc, from the Vedic literature, are some prominent examples of such fluidity. Likewise, a sizable majority of prominent Hindu ruling dynasties, starting with the famous Mauryas, originated from “lower” castes.

Varna is one aspect of the Varnashrama dharma system of Hinduism. As there are four varnas, there are also four ashramas, which are stages of life. These include:

The Varnashrama system is meant to allow every person to seek the four purusharthas (goals of life) as defined in the Vedic literature. By following one’s Swadharma (one’s own duty), these goals can be attained. These consist of:

All varnas are obligated to perform certain rituals which help in seeking these goals of life. Thus, all the varnas have the freedom to seek these goals. The Brahmanas, Vaishyas and Kshatriyas are duty-bound to undergo further ceremonies, making them dvijas (twice-born). The Vedic tradition ensured that the dvijas should not feel entitled or privileged as they are compelled to also learn and preserve the Vedas. The Skanda Purana (6.239.31) indicates that undergoing and performing ceremonies and rituals is what makes a twice-born:

To justify the brutalities committed on Hindus by foreign invaders, colonialists and leftists have looked for all kinds of false parallels. An infamous claim is that the Aryan invasion was the first wave of colonialism. Colonialists and leftists thus anachronistically project the atrocities like those committed by Spanish colonialists in South America on to the Aryan invasion, which is said to have occurred nearly 5000 years ago! When thus examined, this narrative turns out to be completely illogical. The Aryans, who followed a polytheistic, pluralist religion, did not behave in any way similar to the followers of the monotheistic, exclusivist Christian or Islamic religions.

The Aryans, because of their pluralistic outlook, ensured that nearly all of the indigenous, non-Aryan religion and culture survived. Buddhism sprang up 2500 years ago as a natural offshoot of the Aryan Vedic religion. Upon examination of the earliest Buddhist texts, it can be seen that there is little difference between ancient Buddhist and Vedic teachings. There is little “social criticism” or “protest” against the jati or varna system in the earliest Buddhist texts. Thus, the narrative that Buddhism sprang up as a “protest” against caste is revealed to be another fake anachronism.

In fact, an authentic syncretism of Aryan and non-Aryan culture occurred not only in India, but also in China, Japan and other places where the Indo-Aryan Buddhism spread. Wherever the Aryan influence went, the local, native traditions were honoured and preserved. Famous Vedic literature such as the Arthashastra and the Yajnavalkya Smriti obligate invading kings to respect and preserve local traditions. This system shone as a glowing example of pluralism for nearly 5000 years in the India subcontinent.

Did the caste or jati system save Hindus? The world of the 7th and 8th century C.E. saw a series of Islamic invasions. With their surprise attacks, the Arab invaders successfully conquered nations all the way from Spain to Persia. After the Arabs defeated the Sassanian Empire, the nations of Persia and Mesopotamia were Islamized in the course of a couple of hundred years. When it came to the Indian subcontinent, the Hindu kingdoms of Gandhara, Kabul (today’s Afghanistan), Gujarat and Sindhu were first in the line of the sword of Islam.

An initial foray by Arabs in the 8th century left a few thousand Muslim converts. Hindus quickly recuperated these losses and many in Gujarat and Sindhu reverted back to Hinduism. The valiant Hindu Shahis continued to rule Kabul Valley and the Gandhara kingdom. The peace, which lasted for 300 years, was forcefully shaken in 1000 C.E. with the terrible carnage unleashed by Mahmud of Ghazni. This “true believer” of Islam wanted to either convert or kill all infidels. His invasions resulted in the deaths of around 2 million people in total [2]. He established the Ghaznavi empire stretching from Persia to Northern India. Overall, the Indian subcontinent lost around 80 million people in 500 years of Islamic invasions after Mahmud. Thanks to the bravery and sacrifices of countless Hindus, the Indian subcontinent warded off being completely Islamized like Persia or Mesopotamia. Population of the Indian subcontinent between 1000 and 1800 C.E.

The caste system was a major source of resistance to Islamization. Alberuni wrote that all castes, especially the so-called “lower” classes, showed remarkable resistance against conversion. H.H. Risley writes that lower classes were most particular about ‘caste preservation’. Conversions of so-called “high” castes were also few. Hindu religion and philosophy were ancient, vast and deep. Hindu intellectuals were proud and even vain. Historian, K. S. Lal notes [3]:

Caste system was bad, but it had two compensating features. One was that since the low classes were ‘distinguished only by their occupation’, and they intermarried, there was occupational and vocational mobility.. Another is it had (and has) an hierarchical structure, and even low caste people feel proud of being superior to some other lower castes…

Thus, the caste system, along with some other factors, played an important part in preventing the complete Islamization of the Indian subcontinent. All told, these factors were (in no particular order):

Towards a balanced view

Thus, caste has to be understood in its totality. Without doubt, casteism and caste-based discrimination have played a role in oppressing sections of the Indian population. These social evils have to be acknowledged and tackled head on. Also, the practice of untouchability does not seem to have any basis in the Vedic literature. In fact, it appears to have been non-existent in ancient and medieval Indian society prior to around 1000 C.E. Thus, it remains imperative that this social evil which has crept into Hindu society is completely eliminated. At the same time, it is worthwhile to understand some positive contributions the caste system has had on the people of the Indian subcontinent. This may help in discerning a balanced view of India’s past present and future.

Featured Image: Depiction of the casta system in Mexico