Dispelling the myth of Akbar the Great 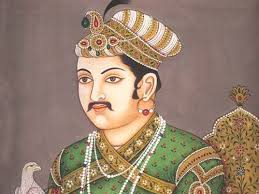 The 15 July 2004 edition of the Ananda Bazar Patrika carried an article ‘Mata binimoyer mukto ganotantroei uttorener path,batlalen Amartya’ (‘Exchange of opinions as practiced in liberal democracy is the way to progress says Amartya’).

Nobel laureate Prof. Amartya Sen had reportedly lauded the exchange of free opinion as one of the most important attributes and benefits of the democratic system. He had emphasized that ‘deliberation’ was the most characteristic feature of ‘deliberative democracy’. One would readily agree with this observation, well known and very well accepted by people except for the Marxists and Islamists whose worldview Prof.Sen habitually propagates.

Among the historical references he cited to give some flesh to his thesis, Sen mentioned this:

‘To widen the path for economic development, one has to expand the democratic system, which provides for greater liberalization of political rights. This has been our heritage for long. Moghul Emperor Akbar tried this exchange of opinion in the 16th Century when in Europe, dissenters like Giordano Bruno were being burnt to death’.

While agreeing with the first part of the statement, one does not find an iota of evidence to show that Akbar (1542-1605) was a trendsetter for democratic polity in India. This is an outlandish claim. The example Sen cites from 16th Century European history to prove a lamentable lack of accommodating spirit , innovate ideas or idealism in the socio-political realms in Europe is also wrong. Conversely, his rosy presentation of the Moghul polity appears to be equally mistaken, misleading and possibly mischievous.

If occasional feats of tolerance and open-mindedness can be cited for a few of the Moghul emperors, these were not representative of a general evolution towards the spirit and practice of democracy. The opposite is true for Europe in the same period, where acts of tyranny and persecution were symptomatic of the struggle of authoritarian and obscurantist forces against the rising tide of enlightenment, tolerance and freedom. Yet, Sen’s purpose is to portray the 16th century administration of Akbar as one area of sunshine and the starting point of Indian democracy, with distant Europe still continuing to rot in the Dark Ages.

In reality, the modern democratic polity with its intellectual freedom was already on the horizon in some European states and struggling to become the norm. The Netherlands broke free from Spanish Catholic rule, set up a republic and instituted toleration of religious dissent. In Great Britain, the Tudor partnership with the Parliaments (1485-1603) paved the way for the latter’s phenomenal success later on. In fact, renowned historians of British constitutional history have rejected the older thesis of Tudor despotism because they found that despite the House of Common’s elitist character and limited powers, it did accustom the crown to deliberate interaction with the people. Very few Islamic countries have this much of people’s participation in policy-making even today, and the Moghul empire certainly didn’t have it.

Yes there were executions of critical minds like Giordano Bruno or Thomas more , but the century of Leonardo Da Vinci and William Shakespeare can hardly be considered an age of darkness can it? And closer to Amartya Sen’s own field, the religious and intellectual churning also led to new ideas on socio-economic relations. Thus, Oxford scholar Robert Crowley’s edition of Piers Plowman is considered a classic of social criticism, yet he belonged to that unenlightened 16th-century Europe. It is Crowley who wrote: ‘If possessioners would consider themselves to be but stewards and not lords over their possessions, this oppression would soon be redressed.’ How surprising that Amartya Sen, who has studied and taught in the UK, should be missing out on this.

If Prof. Sen had cared to be objective, he could not have maintained his outlandish hypothesis that humane policies and ideas of freedom had come to India as a gift of the Moghul invaders. As a personal beneficiary of the liberal-rationalist tradition of Europe, he could have hardly denied its credit where it is due, late on in his distinguished academic career, an act of ingratitude that is not exactly edifying. And as child of the Bengal Renaissance (admittedly in its fading phase), he could not have been promoting, by assertion or omission, the uncharitable thesis that the native Kafirs of Hindustan had no worthwhile contribution to the making of democratic India.

If Prof. Sen had taken a broader historical view, he would have realized the absurdity of his claims for the Moghul empire as the pioneer of democracy. He must be aware of the overwhelming grip of military strongmen and religious obscurantists in the part of Akbar’s erstwhile empire which most identify with their Moghul heritage: Pakistan, the self-declared successor state of the Moghul empire, and her prodigal daughter Bangladesh. These countries have a shocking record of undemocratic politics, religious intolerance and blatant persecution of minorities, apparently the bedrock of their civilizing mission. Why could these countries not absorb and retain those strands which Akbar, according to Prof. Sen had gifted to Indic civilization? I suggest that it is, firstly, because Akbar never pursued a political ideal even remotely resembling what Se erroneously claims to be his legacy. Secondly, the Islamic ethos, far from being conductive to secularism and peaceful co-existence between communities, is actually hostile to it.

As for Akbar’s open mind, Sen must be referring to his interfaith meetings in the Ibadat Khana (House of Worship)at Fatepur Sikhri, to the Din-i-Ilahi (the Unitarian ‘godly religion’) and Sulb-i-kul(‘universal peace’). One may accept, that for a Muslim ruler, the fact of his dialogues on religious issues with people from other faiths (how many times?) and his abolition of the Jizyah were novel, but nothing more need be seen in that. There is no need to blow it out of proportion. Then the question is: how many followers actually joined his Din-i-Ilahi? And who were they? How many momins and how many kafirs were there in that congregation? What was its impact? Did it really influence the general public and particularly the Muslims? Only after we have a satisfactory answer to these questions, could we begin to accept the claim of Akbar’s contribution to the emergence of a genuine liberal ambiance in religious matters.

Even if Akbar emerges triumphant in this religious arena, it would be absurd to trace the concept of parliamentary democracy to these religious discussions, as Prof. Sen wants the gullible to do. There was no provision or space for ‘jonomukhir khetra’ (Sen’s liberalization of political rights for the people) in Akbar’s world-view. Without anything even remotely resembling a Tudor parliament with its steady Puritanism, a few meetings on religious matters without any deviation from the fundamentals of Islamic theology cannot be taken as a significant departure from the authoritarian praxis of Akbar’s Muslim empire. No social scientists worth his salt can invent facts of history, but Prof. Sen tries his best with all the clout a Nobel Laureate has.

Moreover, as against Prof. Sen’s ‘seminal’ contribution to the further glorification of the Nehruvian icon Akbar, some extant data undermine the liberal reputation of even this most enlightened among Muslim rulers. They show that Akbar was less than consistently ‘liberal’ and ‘secular’, and that he even lapsed into intolerance and ruthlessness once in a while. In the classical introductions to this period of history, one can find demythologizing facts such as these:

Denying the merits of Hinduism

While the historians to whom I refer do concede the ‘change of mind and heart’ which Akbar showed later in life, their explanation for this welcome deviation from pure Islam is hardly the one Sen believes or wants us to believe. Rather, ‘one reason is the most prominent- Akbar’s association with Hindu scholars.’ So there you have it: pluralism and freedom of thought are a gift of Hinduism, where they had existed for literally thousands of years before Akbar’s reign, and not of Islam nor even of any personal new insight by Akbar.

But lecturing in Kolkata, that too in a meeting called by the Marxist government and allied ‘progressive intellectuals’, Sen just had tom propagate the secularist party line. This author once asked Prof. Sen why he was avoiding the real issue when he was talking of the Hindu-Muslim divide, i.e. why he was not asking whether Islam believes in secularism, whether Islam believes in religious toleration, whether Islam believes in the peaceful co-existence of communities. Instead of replying Sen blurted out that he was ‘listening to a pre-partition speech!’ It seems that a decade and a Nobel Prize later, he still refuses to come down to earth and face uncomfortable facts.

Prof. Sen could not go any further back in India’s past than the age of Akbar, though the preceding millennia contain numerous examples when Indians more than ‘tried’ a free ‘exchange of opinion.’ For him the history of India suddenly begins in the medieval age. Like many Nehruvians, he has an unwavering fixation with Akbar as the starting point for a real breakthrough in India’s political and intellectual history.

His willful ignorance is neither shocking nor surprising. For him, the pre-Islamic age in Indian history is an unacceptable jahilya , an ‘age of foolishness,’ as Muslims disparagingly call any history preceding the revelation of the Quran through Mohammed.