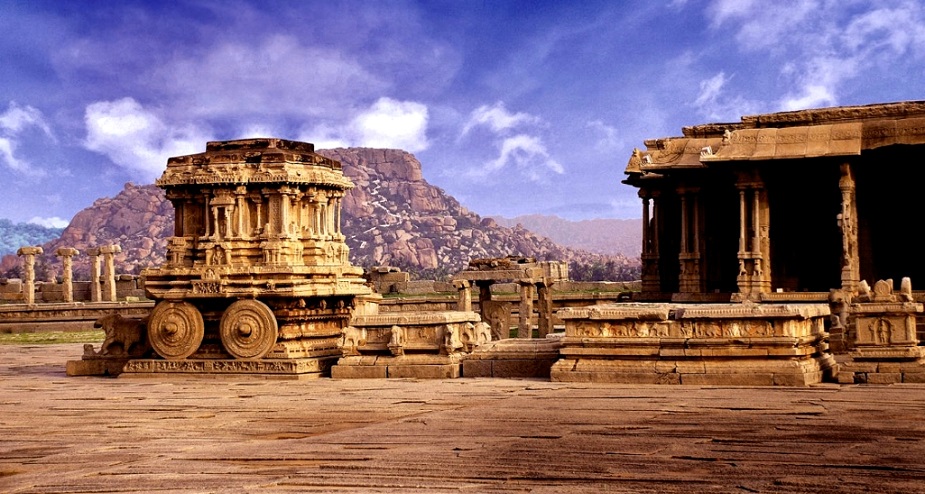 India gained independence from the British in 1947, or nearly seventy years ago. But intellectually and educationally India continues be a European colony. This is due to the fact that during the first forty years of her existence as a free nation, the Congress Party and the intellectual establishment continued to encourage colonial institutions and thinking. The result today is that there is an English educated elite that identifies itself more with the West than with India and her ancient civilization.

And the Congress Party, especially after the death of Sardar Patel, has identified itself more with foreign values rather than Indian values. The Communists, who have always been hostile to Indian nationalism, have now joined hands with anti-national forces, which are fiercely anti-Hindu. This is reflected in the attitude and behavior of the English educated intellectuals, including the media.

The signs of this manifested themselves everywhere—from hostility to Sarasvati Vandana and the Pokharan nuclear tests to begging a European woman of no experience or service to the nation to rule the country. As a result, this colonial holdover consisting of the Congress, the Communists and the Leftist intellectual class (including the media) have come together to perpetuate anti-national values and interests. This naturally makes them intensely anti-Hindu— for Indian nationalism cannot subsist without Hindu roots. It views with fear anything that has even a suggestion of nationalism rooted in Indian history and tradition.

Recognizing that Indian nationalism can only exist as a product of the Hindu Civilization, these forces hostile to Hinduism have combined to oppose the rise of national awareness that is now sweeping the country. The result is that they will go to any length to give a negative picture of India and her past.

The first step in this is to distort Indian history. Fortunately for them, most of the distortion had already been done for them by the British, and their successors during the Congress rule. So all they had to do was to continue with the colonial version of Indian history. As Swami Vivekananda pointed out more than a century ago:

The histories of our country written by English [and other Western] writers cannot but be weakening to our minds, for they talk only of our downfall. How can foreigners, who understand very little of our manners and customs, or religion and philosophy, write faithful and unbiased histories of India? Naturally, many false notions and wrong inferences have found their way into them.

Nevertheless they have shown us how to proceed making researches into our ancient history. Now it is for us to strike out an independent path of historical research for ourselves, to study the Vedas and the Puranas, and the ancient annals of India, and from them make it your life’s sadhana to write accurate and soul-inspiring history of the land. It is for Indians to write Indian history.

As Swami Vivekananda pointed out, the goal of the British was to weaken the Indian spirit, particularly the Hindu spirit, because the nationalist movement in India was mainly a Hindu movement. The nationalist movement, which rose to great heights during the Swadeshi Movement following the Partition of Bengal, lost its direction and focus in 1920 when Mahatma Gandhi sacrificed Swaraj for the sake of the Khilafat. This in turn led to the anti-Hindu orientation of the Congress under Jawaharlal Nehru. This was soon joined by the Communists, who worked hand-in-glove with the Congress. The Communists now masquerading as Left-liberals are little more than camp followers of Sonia Gandhi and her party.

So it is in the interests of these anti-national forces to keep alive the colonial version of Indian history. Thanks to the domination of the Indian political scene by the Congress, Communist intellectuals and fellow travelers were able to dominate the intellectual scene as well. As a result, the colonial version of history continues to be taught in Indian schools and colleges. This has led to gross distortions in the history being taught in Indian schools and colleges. These distortions may be classified as follows:

It is worth taking a brief look at each one of them, beginning with the ancient period.

The first point to note that it was the ancient period that gave India both its unity and its sense of the nation. The Medieval period was a Dark Age, during which the Hindu civilization was engaged in a desperate struggle for survival. In addition, the forces of medievalism contributed nothing to Indian nationalism. They acted as a negative force and held back progress, taking the country into a Dark Age. They continue to act as a check against progress by holding on to medieval ideas and practices.

The important point to note is that the ancient period was an age of synthesis, when people of different viewpoints like the Vedic, Tantric, Buddhist, Jain and other sects lived in relative harmony. There was also free exchange of ideas and unfettered debate. The Medieval period was the age of conflict when Hindu society was engaged in a desperate struggle for survival against the onslaught of Jihad— something like what is happening in Kashmir today.

What the Congress sponsored Leftist (‘secularist’) historians have done is to exactly reverse this. They have said that the ancient period was an age of conflict between Aryans and non-Aryans, while trying to portray the medieval period—dominated by Jihad against Hindus—as a period of synthesis.