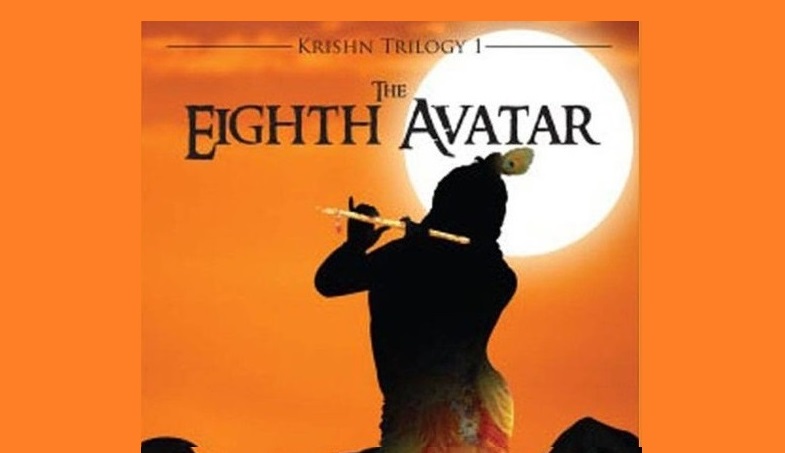 The Eighth Avatar by Manoshi Sinha Rawal can be purchased from Amazon.

The Eighth Avatar – the first book of “Krishna Trilogy” by Manoshi Sinha Rawal is enthralling from the very first chapter. The depiction of the midnight of Ashtami Tithi will certainly ship the reader to Mathura to be witness to the birth of the God of millions! The experience of reading The Eighth Avatar has been like meeting an old friend and discussing childhood days. We remember small incidents of our early days, but recount and describe them beautifully only when we meet old friends later in life. In a similar way, we perhaps know “something” about each chapter of Lord Krishna’s life but this book gives us “everything” we must know about Krishna in a profound way.

A very well researched book, written beautifully describing every detail of Krishna from his birth till his 14th year, Manoshi paints perfectly all aspects of social life during Krishna’s childhood in the canvas of Dwapara Yuga. Each specifics has been so exhaustively portrayed in this book that the reader will be certainly transported to Gokul and Vrindavan. You will be a part of Dwapara Yuga spectators, that’s assured!!

Kansa’s ceaseless attempts to kill little Krishna and his unique ways to combat them, each time, is lambently described in each page in this book. The Eighth Avatar makes you fall in love with little Krishna in a very special way, at the same time develop admiration for him. Also, each character, good or evil, who lived and died during Krishna’s upbringing is gracefully rendered in this book.
Manoshi brilliantly conveys the relevance of many cultural and religious motifs of today straight from Dawapar Yuga through thorough reasoning. Why is Holi celebrated, why is bhang consumed during Holi, the importance of Arjun tree, how Indra becomes a “lesser God”, how Shiva met little Krishna, why was he called Krishna, and more. Details of the use of Dhatura and Bael leaves for Shivaratri are described as well.

Through The Eighth Avatar, Manoshi also describes the childhood pastimes of Krishna and Balaram with their friends. The book makes a mention of more than a dozen of their friends, about the games they played, about how as young cowherds they herded cattle, Krishna’s pranks with his foster mother Yashoda, the food they ate, and the list goes on. Garga Muni’s role as an astrologer, his advice in sending Krishna and Balaram to Guru Sandipani’s ashram are exhaustively portrayed.
The way the author has described Krishna’s days at Guru Sandipani’s ashram will certainly transport you to an ancient Gurukul. What subjects were taught, how these were taught, role of the Guru and Shishyas, duties of shishyas other than studies, exams, gurudakshina, etc. are aptly depicted. The gurudakshina episode is brilliantly portrayed.

There is a chapter dedicated to malla-yuddha. The various stances and tricks are well described. Krishna and Balaram, both expert wrestlers exploit different stances to defeat their counterparts before the Kansa Vadha episode. The end of Kansa and many unique details get narrated captivatingly in The Eighth Avatar. Krishna’s first battle with Jarasandh is relevantly chronicled.
The author has tried to refute numerous myths associated with Krishna. The key refutation in this book is on the Radha-Krishna relationship. Radha is described as a warrior, as a commander, having a unique identity of her own. She is shown as more than 10 years older to Krishna. In contrast to the popular belief about Radha as Krishna’s beloved, she is portrayed in this book as his aunt (maami). Manoshi does justice to Radha’s individual character.

Manoshi has tried to prove through her book that Krishna being rendered as a lover, indulging in love-affairs with Radha and gopis, is a myth. According to her, he is a multi-faceted, accomplished, and ideal personality, endowed with all virtues and free from all blemishes. The Eighth Avatar depicts the story of Krishna from birth to his teen-hood, delving on every aspect of his life in detail.
So, according to the blurb at the back cover of The Eighth Avatar, the reader of this book will get to witness ‘fourteen years of twists and turns, one after another, in the life of Krishn. Who were his friends? What games did he play? How did he grow up? When did he start playing the flute? Who was his teacher? How did he become a hero by the time he became a teenager? Did he commandeer an army in the battlefield at fourteen? Who was Radha? Who was she married to?’ and more details.