How Evangelism made Andhra an economic, cultural and spiritual ruin 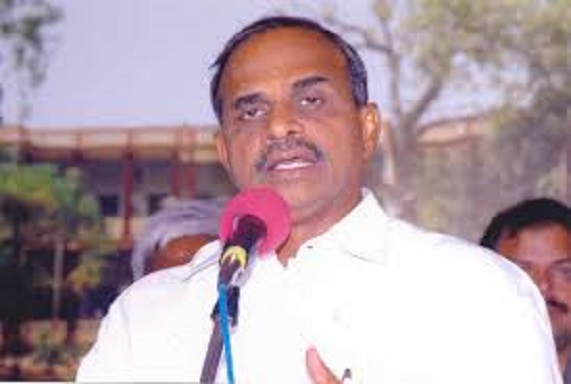 The first thing I wanted to do when I got a decent job was to connect to my native roots, basically a small village in the heart of Andhra Pradesh. These were the times when a Christian Y.S Rajashekhar Reddy (YSR) was anointed as the Chief Minister of Andhra Pradesh. The first couple of visits were quite enjoyable with family bonding, revisiting nostalgia and so forth. I take this pilgrimage a few times a year, but now I come back to Bangalore with a disturbed state of mind.

[pullquote]Andhra is blessed with great and talented Avadhanis, Hari-Katha Exponents, Pravachanakaras but it remains to be seem if people will utilize them for their own benefit and all-round progress.[/pullquote]

Before YSR became the Chief Minister, Andhra Pradesh represented development—Hyderabad had grown into a world-class IT capital, agriculture seemed profitable and the Congress party was nowhere near power. I was still optimistic about Andhra’s growth as a state and a sub-civilization of Bharatavarsha. The ten years of UPA rule in the Centre and Congress rule in the state has caused irreparable damage to my home state. I watched Andhra stumble to new lows, its society devolve and its people succumb to dangerous vices.The decline of the Andhra people has been as swift as it has been all-encompassing—in both the spiritual and material planes as we shall see.

YSR was the desi version of Constantine, the ruler of the Roman Empire under whom Christianity established itself as a dominant force in Rome. Much like Constantine, YSR too promoted Christianity offering it state patronage. YSR’s son-in-law, Brother Anil Kumar is a well-known and established evangelist in Andhra Pradesh. Missionaries were given a free hand and bolstered by state support, they did what they do best: disconnect people from their roots and make the converts hate their own traditions, handed down to them since time immemorial.

It was a common sight to watch troves of neo-converts move from village to village distributing evangelist literature in the form of books and pamphlets. The seed of Christianity was first sown by the British who had implanted several missions and Church institutions. In my village there are several families who had converted at the time of Independence. Under YSR, the missionaries received a shot in the arm and began to build upon the foundations laid by the British.

The Congress government actually gave financial assistance to Christian institutions. Christians were also showered with sops like scholarships, loans, subsidies and so forth. This policy of appeasement did not stop during Kiran Kumar Reddy’s tenure as CM. Under Chandrababu Naidu’s Chief Ministership since 2014, one expected succour but the status quo remains. I shall give a small fact: according to a government order (GO-63) in February 2014, a total of 14-plus crores was sanctioned towards the construction, repair and/or renovation of Churches and Church-run institutions. For details, visit the Government-run Website for Christian minorities (http://christianminorities.ap.nic.in). It seems that Christians are the ‘chosen people’ of Andhra Pradesh and Christianity, the state religion.

All this is happening at the expense of the taxpayer. Indeed, with governments like these we do not need foreign missionaries. We are quite adept at shooting ourselves in the foot. The Congress with its chief being a Roman Catholic promoted Christianity one the lines of the popular Sanskrit saying ‘Yatha Raja, Thatha Praja’. It made electoral sense for them: pastors and padres acted as vote bank managers and had delivered to them the much-needed electoral results in the state before Jagan Mohan Reddy—son of YSR—chose to split from the parent party. Now the loyalties of Christians remain divided between Congress, YSR Congress and TDP. The current CMs of Andhra and Telangana, Chandrababu Naidu and K Chandrasekhar Rao know the demographics very well and therefore the state favouritism towards the Christian community continues unhindered. KCR also promised the construction of a Christian Bhavan in Hyderabad at the cost of 10 crores.

Christianity brings along with it, its thick memes. And so oil-anointing, exorcism (freeing souls from the Devil), faith healing, and religious exclusivism have entered mainstream consciousness in Andhra Pradesh. Posters of missionaries commonly claim to cure diseases including cancer and AIDS.

It is infinitely saddening to see how vast numbers of these people—our very own people—who have readily succumbed to the dogmas bought in by a foreign religion. The direction the Indian society  is headed after internalizing such belief systems is pretty clear. And tragic.

During YSR’s rule, tens of thousands of ‘Belt-Shops’, legal and illegal (small stores selling alcohol) mushroomed all over the state. To be sure, this was a mammoth scam, and the beneficiaries of this scam seemed to be people belonging to the establishment itself. It’s an open secret that several Ministers, MLAs, and MPs were part of this racket.

Mopidevi Ventaka Ramana, the Excise Minister was accused by his own party colleague Shankar Rao of owning several such shops facilitating the sale of smuggled/illegal liquor. Another prominent Congress leader Botsa Satyanarayana was alleged to have been part of this cartel.  The market for liquor is estimated to be around Rs. 50,000 crores of which 60 per cent is illegal and controlled by the liquor mafia. The revenue earned by the Excise department in the year 2010 alone was a staggering 7000 Crore.

[pullquote]YSR was the desi version of Constantine, the ruler of the Roman Empire under whom Christianity established itself as a dominant force in Rome. Much like Constantine, YSR too promoted Christianity offering it state patronage. YSR’s son-in-law, Brother Anil Kumar is a well-known and established evangelist in Andhra Pradesh. [/pullquote]

Belt-shops sprang up in many villages, which compounded the problem. The village folks, already recipients of several populist schemes like subsidized rice and pension schemes for elderly citizens took to alcoholism with gusto. Over time, this has resulted in a large number of broken families, lack of productivity and appalling levels of destitution. Needless to say, such an environment is ripe for soul-harvesting, which the evangelists utilized to the hilt.

New Year’s celebration are big events in villages in Andhra due to a massive spurt in converts to Christianity. Village folks gathering at squares and indulging in drunken, rowdy behaviour is a common sight during New Year’s Eve.  I could not help but feel pity for the women and children who bear the brunt of this dangerous vice. At other times, people seem always eager to make a quick buck—no matter the means—and then head directly to the liquor shop to purchase a quarter or two.

In Andhra Pradesh, none of the political parties seem to have a primary ideology. The BJP and RSS are in their infancy. All the parties resemble a rash of unscrupulous business outfits which use minority appeasement and other populist measures to garner votes. There were scams galore during the Congress’s tenure in the state with many of its ministers accused of corruption. Some of the ministers were also arrested including Jagan Mohan Reddy in a case pertaining to disproportionate assets. Jagan Mohan Reddy split from the parent party, the Indian National Congress and formed his own party, the YSR Congress. YSR Congress is now the main opposition party in Andhra Pradesh. Chandra Babu Naidu had gained popularity across India for turning Hyderabad into an IT hub and made a name for himself as a development-oriented leader. However he could not stop the TDP from becoming another commercial party—only slightly better than the YSR Congress and INC.

In Andhra Pradesh and Telangana cinema is larger than life. The richest families in the state are those of film producers and actors. Films and TV have an inordinate influence in shaping public opinion in the state. Unfortunately, the people of the two Telugu-speaking states have taken it to an extreme. These states face serious problems but all people seem to care about is catching up with TV serials at home or film releases at theatres.  Andhra has been enriched by great literary giants both in the classical and modern eras but people prefer crass entertainment to knowledge, refinement, culture, and enlightenment.

The current reigning Telugu superstar, Pawan Kalyan campaigned for the BJP and the TDP during the 2014 Lok Sabha Elections. Indeed, Mr Pawan Kalyan’s immense contribution helped the BJP root out a tyrannical government both at the state and central levels. He overlooked personal allegiances—his own elder brother Chiranjeevi was a Minister in the UPA Government. But the real fact is not his contribution. The real misfortune is that it required a film star, not even Sri Narendra Modi, to draw out the crowds and persuade them to root out corrupt regimes.

The Andhra people are a hugely entrepreneurial set of people stuck in a corrupt socialist state. YSR bought in the populist scheme of providing rice at two rupees per Kg. He also devised a way to get the votes of elderly citizens by giving them pensions out of taxpayer money. This scheme is being continued by the current government.  Such populist schemes burnt a big hole in the pocket of the state exchequer. These schemes resulted in a sense of valuelessness of money—since the state provided and/or subsidized the essentials, people would spend even their hard earned money on liquor as accessibility was just a Belt Shop away. With lack of employment, massive corruption and lesser wealth creation opportunities, people migrated to greener pastures of the US, Bangalore and other states/countries. The cream of the Andhra society is abroad or in cities like Bangalore.

[pullquote]It seems that Christians are the ‘chosen people’ of Andhra Pradesh and Christianity, the state religion.[/pullquote]

Unlike neighbouring Karnataka, Andhra Pradesh is not blessed with the presence of professionally run Hindu religious mutts. However there is new mutt established by Swami Paripoornananda called Sreepeetham in Kakinanda, Andhra Pradesh. The Swami has been very vocal against coercive evangelism and has also taken up several Hindu issues. The young swami is also relentlessly conducting several discourses on topics of Indian spirituality.  Also on the horizon are some very good pravachanakaras like Sri Chaganti Koteshwara Rao, Sri Shankmukha Sarma, Avadhani Dr Garikapati Narsimha Rao and other such notables.

These people have been very instrumental in spreading awareness about Dharma. Much progress needs to be made but these are rays of hope. Andhra is blessed with great and talented Avadhanis, Hari-Katha Exponents, Pravachanakaras but it remains to be seem if people will utilize them for their own benefit and all-round progress.

The bifurcation of the state has meant that there will be renewed focus on building infrastructure, creation of wealth, setting up of industries than can provide employment and also contribute to the state’s revenue. There may be special tax breaks to attract investors to the state—hopefully Andhra people do not have to migrate elsewhere in search of employment.

It is up to the Andhra people, to make good of all the opportunities that come along their way. They have to keep in mind not just material progress but also spiritual progress and the evolution of their society for the better, a place the future Telugus can truly call home in every sense of the word.