Everybody denies, nobody refutes Baru 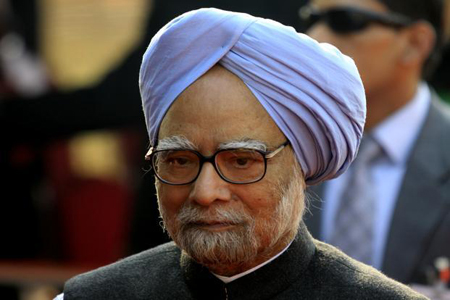 The reactions to Sanjay Baru’s explosive ‘The Accidental Prime Minister’ have ranged from déjà vu to self-righteous indignation. The common thread running through all criticisms of Baru is an argumentum ad hominem—that is, a fallacy in which the arguer rather than the argument is attacked. The Congress, the government, the Prime Minister’s Office (PMO), and Manmohan Singh’s daughter have used choicest epithets for the book as well as the author; little, however, has been done to creditably refute the charges made in the book.

Frankly, Baru hasn’t said anything new in the book; he has just reiterated what everybody has always known: Singh has acted as no more than Sonia Gandhi’s subordinate, if not lackey, in the last 10 years (a British newspaper called him “Sonia’s puppy”). He has demeaned himself and the PMO, caused untold harm to the economy, compromised national defence and internal security, and occasioned immense negativity among the people. Only diehard Congress sympathizers deny this (though in private conversation they also admit to these facts).

On record, however, the grand old party has castigated the book and the author. Typically, the first line of the counter-attack has been: why now? Whenever there is an expose, the Congress leaders always ask ‘why now.’ In this case, too, they have asked, why did Baru publish the book six years after quitting the office and that too in the middle of general elections? As if the gravity of the allegations lessens or increases because of the timing!

The party went on to describe the memoirs as the “mother of all plants”; it pointed out contradictions in Baru’s account. Baru has also been called a “disgruntled” former ex-PMO functionary who is ranting because he was later refused a high office. Perhaps the narrative of ‘The Accidental Prime Minister’ is deeply flawed; perhaps it is a badly-written book; perhaps Baru is a bad author; perhaps he is a social climber as many seem to be alluding to. But what about the allegations he has made? Are they true? If not, his detractors should refute and not merely deny the charges. The reactions of Party and government, so far, remain strictly that of denial.

The reaction of Manmohan Singh’s eldest daughter, Upinder Singh, was a little different from that of the Congress and the government. She called the book “nothing but a stab in the back… a huge betrayal of trust.”

While filial loyalty is admirable, disregard for the truth is not—certainly not in an academician from a decent institution. A historian of some repute and a professor at the University of Delhi, Upinder Singh can scarcely be ignorant of the fact that her father is just the face of the Congress-led government; the real power lies with Sonia.

Further, if there is one person who is really guilty of the “betrayal of trust,” it is Manmohan Singh—and that too for betraying the trust of the nation. It was Manmohan Singh, and not Baru, who publicly swore on the Constitution to uphold it; and he violated all norms of constitutionality, propriety, and responsibility by submissively following Sonia’s diktats.

Worse, he was aware of the unpleasant consequences of every bad economic decision that Singh’s government took and implemented at the behest of Sonia, yet he meekly obeyed the orders. Similarly, he must have known the depravity of many policies and decisions related to defence, internal security, and foreign affairs, but did nothing to check them. If all these do not amount to “betrayal of trust,” I don’t know what else does.

Interestingly, neither the politicians nor the scholar could come up anything more concrete than argumentum ad hominem in the defence of the Prime Minister and Sonia. This is what happens when you defend the indefensible.