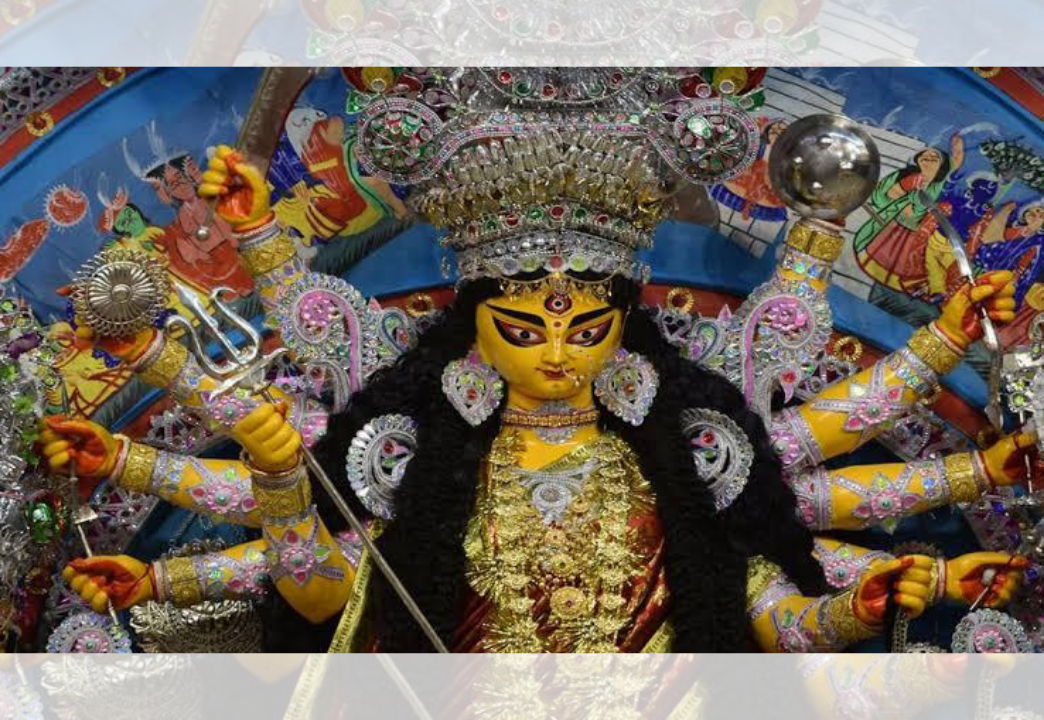 The assembly election underway in West Bengal is probably the last chance for its hapless Hindu community to avert a comprehensive downfall (shatamukha vinipAta) into irrelevance and possible extinction. Rarely does assembly election in a state have so much at stake. For more than half a century, West Bengal has been sliding on all fronts—economic, social, political and cultural. The outcome of the election will tell us whether Bengal will be able extricate itself from the stranglehold of Islamisation, poverty, corruption and violence and take its rightful place at the vanguard of national resurgence or continue its descent towards an extended version of Bangladesh. The impact of this outcome will not remain confined to Bengal; it will be felt across the country until the next Lok Sabha elections.

On the face of it, there is a tripartite struggle. Mamata Banerjee’s Trinamool Congress (TMC), facing a strong anti-incumbency wave after a decade of misrule, is putting up a spirited fight to retain power. BJP, armed with Narendra Modi’s popularity and Amit Shah’s Chanakyaniti is leaving no stone unturned to dislodge TMC and set the saffron flag aflutter in a land that inspired us to view the sacred motherland as Bharatamata. As a side show in this clash of titans, Congress and the Left have sunk old animosities in a desperate bid to salvage whatever is left of their once mighty kingdom. TV screens and newspapers are full of discussions about the relative strengths of these contenders and shifts in their prospects. This article is not about an evaluation of the prospects of these parties. It aims to highlight what is at stake for the state and the country in this election.

The real tussle is between two ideologies, two sets of policies or two ideas of India. For Bengal, there is little to choose among TMC, Left or Congress. These are different shops selling the same stuff. Theirs is an unadulterated fight for power. Under their tutelage, Bengal has been sliding for more than five decades. Even today, it is not easy to release it from their grip as they have perfected the machinery and institutionalized the mechanism to perpetuate power.

There was a time when Bengal led the path to national renaissance. It used to be said that what Bengal thinks today, the rest of India would think tomorrow. This was Bengal of 100-125 years ago: pulsating with a fiery nationalism, known as the land of Ramakrishna Paramahansa, Swami Vivekanand, Maharshi Aurobindo, Gurudev Tagore and Bankimchandra Chattopadhyay.

These savants viewed India as a self-conscious ancient civilization struggling to preserve and renew its spiritual heritage for the benefit of the whole world. They unhesitatingly and unambiguously identified Sanatana Dharma as India’s national spirit. Maharshi Aurobindo declared (Uttarapara speech, 1909) that India’s ascent means ascent of Sanatana Dharma, that Sanatana Dharma’s descent means descent of India and extinction of Sanatana Dharma (if at all possible) would mean extinction of India. They gave us a vision of the land from Peshawar to Rangoon and from Sindhu to Sinhaladveepa as Bharatamata, a sacred goddess in the image of Durga. This was the Bengal which threw up droves of martyrs who happily went to the gallows with Gita in hands and Vande Mataram on lips. Long before Gandhi’s return from South Africa, it witnessed a Swadeshi movement which forced the mighty British empire to annul the partition of Bengal.

Today’s Bengal has little use for these great souls. Their names might be invoked occasionally for political mileage, but their vision and ideals have been buried deep down in the sands of secularist wasteland. The Bengali elite (bhadralok), which regards itself as custodian of Bengali identity (asmitA), has a strong disdain for cultural nationalism.

Today’s Bengal is dangerously poised on the precipice of Islamisation. Muslims have acquired a majority in several border districts and in many others their population is rising at an alarming pace. Raising one’s voice against Bangladeshi infiltration is portrayed as divisive politics. Muslim proportion in W. Bengal’s electorate is estimated at 30 per cent. They are said to have a decisive voice in around 125 seats in a total of 294 assembly constituencies. The Left, TMC and Congress regard Bangladeshi infiltrators as their own and vie with one another to rehabilitate them at strategic locations, get them Adhar cards, ration cards and, most importantly, enroll their names on the electoral lists.

Bengal may soon be a Muslim majority state in a couple of decades if the drift continues. Muslim leaders are salivating at the prospect. Omar Abdullah asked on twitter: What is wrong with W. Bengal becoming another Kashmir?

West Bengal has been on a decline ever since 1963, when its Chief Minister Bidhan Chandra Roy passed away. He reinforced the foundations of the state after partition of 1947, got the Durgapur Steel Plant, Chittaranjan Locomotives, India’s first satellite town in Kalyani, Digha Beach Resort, expanded the engineering industries, set up engineering, technology, medical, management, and other institutes. Calcutta and Jadavpur used to be the prime universities in India those days. West Bengal had the IIM, IIT, Indian Statistical Institute, the Operations Research School, Bengal Engineering College, besides, of course, Presidency College, stock exchange, Scottish Church and many other venerable institutes.

Till late 1960s, West Bengal was regarded as a major industrial state, vying with Maharashtra and Gujarat. Large industrial houses such as Tata, Birla, JK, Bangur, and Thapar had big presence in the state. Most foreign companies had their India headquarters in Calcutta. It had the highest number of International flights, surpassing Bombay.

And then ‘Ashok Kumar Nite’ happened in February 1968. Women were dragged out and their naked dead raped bodies were found in and around the lake over the next two days. The CPM leaders (Jyoti Basu & Co) justified it by calling it “the rise of the proletariat against the bourgeoisie” and it. Calcutta started emptying.

Three policies of the Left front, which came to power in 1977 contributed hugely to the Bengal’s retreat. First, the state government started harassing industries and industrialists as a matter of policy. Unionism, strikes, gheraos and bandhs started receiving government patronage. Industry and investors began leaving the state. Poverty and unemployment began to rise. Thousands of young men had to leave the state in search of jobs. Even today, the number of beggars per hundred thousand population is highest (89) in West Bengal.

Secondly, the leftists systematically eroded the distinction between the state and the party. From villages and municipal wards right up to the state level, party bodies started dictating to state organs. Party cadres started occupying key positions in police and administration. Government jobs or contracts, sundry work with state government, benefits of government schemes—nothing was possible without approval of the party functionaries. An elaborate system called “elaka dokhol” was developed to fleece the private sector down to the small grocer. You cannot do any business activity without offering “naivedhyam” to the local party mafia known as Syndicate. Cut money had to be offered at every step while dealing with government in any capacity.

Third, the Left institutionalized political violence. Beating up, maiming and even killing opposition workers, preventing opposition candidates from filing their papers, booth capturing, keeping a direct eye on the button pressed by the voter inside the polling station all this became quite common in Bengal.

The biggest damage that the Left has done, however, pertains to the psyche of Bengali people. The economic decline of the state was blamed on the Central government. A false narrative of an inherent conflict between Calcutta and Delhi was created. The Left destroyed the culture of industry, hard work and enterprise in the state, replacing it with belligerence, violence and graft.

This Leftist model of governance was appropriated by Mamata Banerjee lock, stock and barrel. She beat the left by becoming more leftist than the left. As a result, while rulers changed, the system did not. The same workers, union leaders and goons migrated to the new star of state politics. (Quite a few of them are now shifting their allegiance to BJP, which might prove to be a major roadblock for BJP in effecting the real change. But that is for the future.) The culture of area control (elala dokhol), syndicates and cut money remained intact. It still is. Investment, industry and jobs remain elusive. For the reigning establishment in the state, ‘Hindu’ remains a dirty word and ‘nationalism’ a suspect.

Bengal must take a political U-turn if wants to avert the terrible fate that awaits it just a couple of decades away. At the root of corruption, plunder and goondaism lies the lack of economic development. Since very little wealth is produced, everyone rushes in to ensure his share of the cake. Bengal needs a government that would foster development, eradicate political violence and demolish institutionalized corruption.

It will not be easy for people of Bengal to elect such a government, even if they wish to. The psychological, ideological and political system carefully nurtured over the last five decades may be losing its grip, but it is still far from disappearing.

And yet, Bengal must bite the bullet, not just for itself but for the whole country. If the current dispensation returns to power, the anti-people establishment will get a major boost. The anti-Hindu forces will get a tremendous fillip and the task of national resurgence will become much tougher. For Bengali Hindus this may well be the last chance.