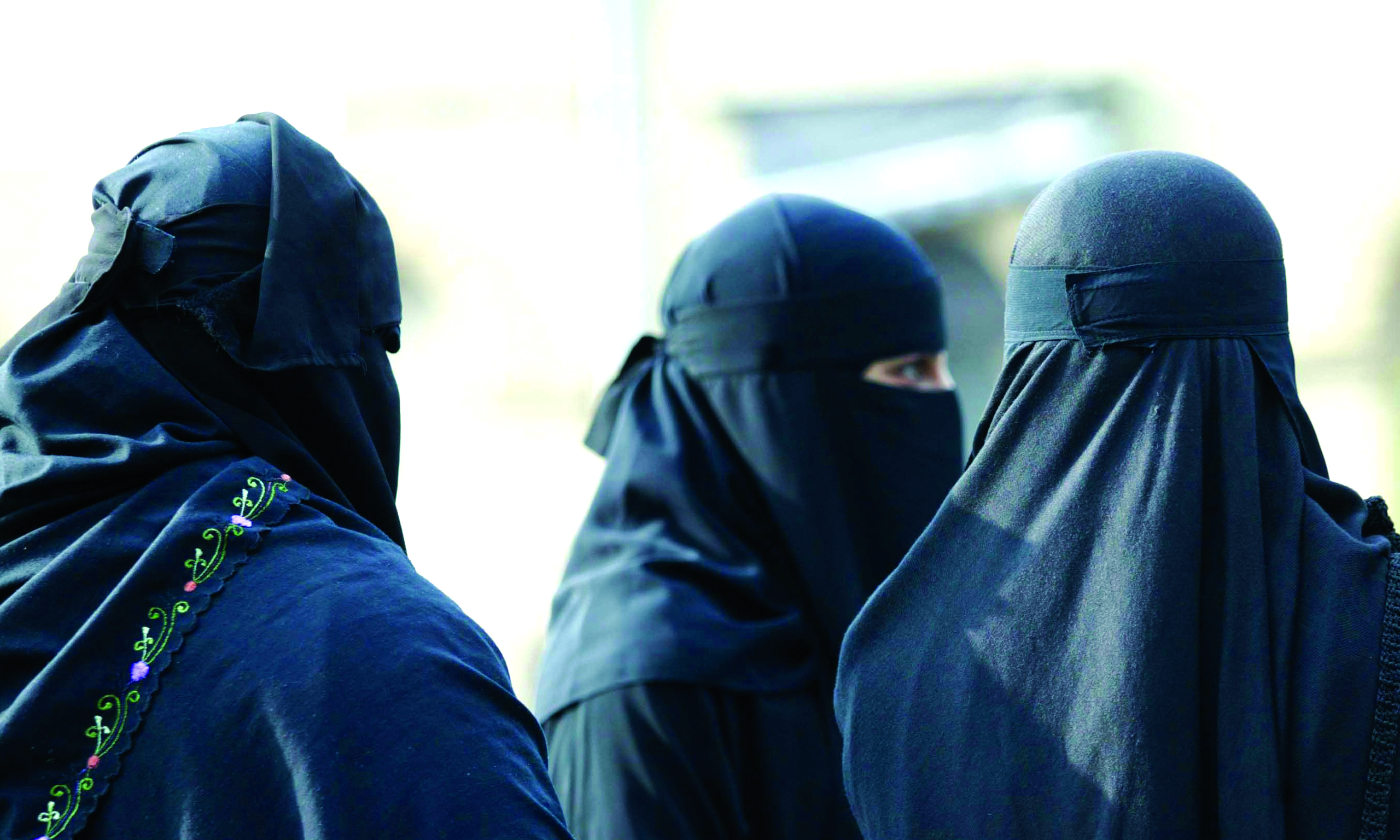 Increasingly, it appears to me that fraudsters, charlatans and hidden jihadis are posing themselves as liberal Muslim intellectuals in India. On the issue of Uniform Civil Code (UCC), some articles and tweets tend to reduce the UCC to a debate between uniformity and diversity, with the purpose being inevitably to do a favour to Islamic Sharia. Their running argument is also that the UCC is a blueprint for the Hindu rule, not a blueprint for the universal values of liberty and equality.

On December 15, historian S. I. Habib tweeted an article whose singular objective was to oppose the UCC. Habib’s tweet contained these words: “No reason to impose Uniform Civil Code on Muslims, but a legal basis to abolish triple talaq.”[1] These words are not Habib’s but constitute a subtitle to the article, written by A.G. Noorani, who seems to have decided to use his constitutional expertise to the cause of Sharia rather than human freedom.[2]

Habib can walk away by saying that he does not endorse Noorani’s intellectual position, especially since many people tweet opposing views. However, some people questioned Habib for his tweet and his responses do make it clear that he does endorse Noorani’s position. Artist Punminder Kaur, resorting to sarcasm, responded to Habib: “And we have to hear these intellectuals (like Habib) on prime time giving lecture(s) on secularism.”[3] To Kaur, Habib retorted: “What has secularism to do with this? Homogeneity in any field (is) not possible in a heterogeneous society.”[4]

If one were to speak of a person’s IQ, this is very unfortunate that Habib, the self-called historian of science, cannot see secularism and universalism in the UCC. Habib’s original tweet also got a response from one Mukesh Bhardwaj, who tweeted: “According to this gentleman Sharia will (be) good for India’s diverse culture.”[5] To Bhardwaj’s tweet, Habib gave an argument: “If this is what… (you) conclude after reading the article then I can only blame your IQ.”[6] I have reviewed Habib’s timeline, and it doesn’t appear that his own IQ is any better than merely opposing the UCC without any arguments in favour of rights and scientific thought.

To Habib’s original tweet, prominent Islamist editor Shahid Siddiqui too responded: “UCC is not suitable for a diverse country like India. It will divide instead of uniting the nation.”[7] Siddiqui is editor of the Urdu-language weekly Nai Duniya. He often appears on television and takes liberal-sounding positions, which are contrary to the positions in his weekly newspaper, which justifies pro-jihadi arguments, which I have discussed in details elsewhere.[8] His newspaper has been known for injecting religious orthodoxies and conspiracy theories into Muslim minds. He speaks of “uniting the nation” in his tweet while his paper is separating Muslims from India’s mainstream.

Habib and Siddiqui, much like explicit Islamists associated with the Jamiat Ulema-e-Hind, are intentionally diverting the debate on UCC away from the constitutional rights of equality, liberty and non-discrimination. Their singular objective seems to be to mislead public opinion, so that pro-Sharia forces continue to thrive in modern India. Writers and scholars like them are the first line of defence for Islamist clerics, who promote religious orthodoxy, women’s subjugation and religious discrimination. The UCC is not about religion, not even about culture. The UCC is a debate about constitutional rights and universal values for every man and woman.

A.G. Noorani’s article, which was published by The Indian Express, opens with a bold dishonesty: “There is absolutely no case for enacting a uniform civil code.” The facts are otherwise. As a constitutional expert, Noorani must know that Article 44 still exists in the constitution. It says: “The state shall endeavour to secure for the citizens a uniform civil code throughout the territory of India.” Noorani’s second sentence declares that Modi’s speech at Mahoba in UP on October 24 “professing profuse and unprecedented concern for ‘my Muslim sisters’, impressed none.” Blindsided by his hate for Modi, Noorani cannot see that semi-educated Muslim women are knocking at the Supreme Court’s door to protect their fundamental right to equality. Here is a question for Noorani: how do you know that Modi’s speech “impressed none?”

In the second paragraph, Noorani launches an attack on the Bharatiya Janata Party for not opposing Article 371A on “Naga customary law”, but conveniently ignores the fact that any UCC, whenever it materialises, will ultimately remove all personal laws that conflict with the fundamental rights granted by the constitution. In the third paragraph, Noorani defends, by deliberate omission, the cause of Sharia by arguing that Muslims were offered “respect for their personal law” by Nehru and Gandhi, who also promised “protection by specific provisions” for Muslims in the constitution. If this argument is correct, then Noorani is a hidden jihadi in our social midst, who will also justify Gandhi’s support for the Khilafat Movement, which stood for Sharia rule.

Noorani’s crime is that he is writing over 1,050 words to justify Sharia in India. He quotes Shiv Sena leader Uddhav Thackeray as saying that the BJP “should first announce that this country is a Hindu rashtra and impose the uniform civil code.” Noorani’s clever use of Thackeray’s statement is meant to hide his own love for Sharia rule, and shows complete disregard for constitutional ideals of equality, liberty and women’s rights. He thinks that the UCC’s goal is to “obliterate Muslim identity.” Noorani’s intellectual dishonesty is that he is presenting the UCC in terms of cultural identity, whereas the UCC’s goal is not to change people’s lifestyles, but to uphold their constitutional rights when they come in conflict with personal laws.

“Hence, the Muslims’ opposition (to UCC). It is the lust for uniformity that alienates people,” writes Noorani and I do not know if he understands the political meaning of lust. Lust, which being a private feeling, if defined in the context of his article, will essentially mean Noorani’s lust for Sharia rule in India. The truth, he ignores is this: Muslims have chosen separatism. In the 1857 war, Muslims and Hindus fought together, the former for the revival of Islamic rule. After the war, Muslims missed two historical opportunities – as reminded by Maharashtra-based reformer Hamid Dalwai – to join the national mainstream. The first was the educational movement led by Sir Syed Ahmed Khan, which began in opposition to Hindus; and the second was the freedom movement during which Muslims chose a Shariah state in Pakistan.

After Independence, numerous Hindu Islamists – of whom Gandhi was the prime example, since he had supported the Khilafat Movement – fostered separatism by offering quota, by causing Hindu-Muslim riots to win votes and by establishing minority wings of political parties. It is not surprising that in his article, Noorani cites the statements of many Hindu Islamists, who supported Sharia principles and quoted the Quran – rather than the Indian constitution – in their judgements regarding Muslim women’s rights. Unfortunately, Noorani recommends Sharia’s criminal law in India by arguing that a “small UK has two systems of criminal law.”

It suits the hidden jihadi in Noorani to cite justices V.R. Krishna Iyer and Baharul Islam for quoting the Quran, not the constitution, in their judgements. In this country, unfortunately many judges do quote religious texts, not the constitution, when questions about women’s rights and equality are raised. The interesting point is that Noorani quotes these justices as if their word is the word of god, non-negotiable for the democratic age. There are Islamist groups that will find support for Noorani-like intellectuals. For example, the Bharatiya Muslim Mahila Aandolan (BMMA), which runs parallel Sharia courts in India, masquerades as a women’s rights group.

Noorani also has an objection to “national integration” and therefore, he belongs to the camp of prominent Muslims, who are fostering Islamic separatism, which once led to the partition of India. He also thinks that the “modern trend is acceptance of diversity.” As if he is emerging from an elementary school, Noorani cannot understand, or understands, but pretends not to, that the UCC is not about diversities in people’s lifestyles and dresses, but about the universal values and rights of individuals. Identities can be diverse, but the rights to liberty, equality and non-discrimination are achievements of rational thinking and secular movements worldwide.

Unfortunately, the word “uniform” in the Uniform Civil Code is being misused by such writers to advance their love for Sharia. The “uniform” in the UCC is meant as a uniformity and equality in terms of rights available to all the citizens. Even secularism is the rational spirit behind the UCC, a point Habib needs to learn quickly. Contrary to Noorani’s arguments, the UCC is not meant to impose lifestyles. Muslims can continue to offer prayers in mosques, go for Hajj or fast during Ramzan. Similarly, members of other religious communities can adhere to their lifestyles and religious practices. The UCC is meant to uphold the constitutional rights of liberty, equality and non-discrimination, when these rights are denied to a citizen for absolutely any reason.

In November, I had a meeting with Maulana Mahmood Madani of the Jamiat Ulema-e-Hind in Goa, where we discussed the personal law issues. I asked Maulana Madani about the UCC to which he said, we will talk about it when the government brings it, since it relates to other communities as well. I asked him: So, why is it that the Jamiat Ulema-e-Hind is organising protest meetings almost every week across India, especially in parts of Maharashtra, against the UCC when its specifics are not yet available? Maulana Madani had no answer to this question. Much like Maulana Madani and his brand of Islamic clerics, Muslim writers like A.G. Noorani, S. I. Habib and Shahid Siddiqui too have launched attack on the UCC even without knowing what its specifics would be. Their intention is clear. This is their intellectual dishonesty in public space. If they are honest, they should say this: let the government present the specifics of UCC first, then we will discuss.

The fundamental objective behind the UCC is the protection of the rights of Indian citizens, irrespective of their religious beliefs and identities. Due to these concerns, I drafted with assistance from two friends Satya Prakash and Siddharth Singh a UCC within the broader framework of a Universal Bill of Rights for the Indian Citizen (Ubric).[9] On November 30, 2016, we put this draft UCC in public domain for wider discussion. This is the first draft UCC, since the constitution came into force in 1950. It has 12 clauses, which seek to protect the rights of Indian citizens irrespective of their religious and other identities.[10] These twelve clauses affect neither the lifestyles nor the religious identities of any community. If A. G. Noorani has even an ounce of intellectual honesty, he should spend his legal acumen and draft his own UCC for all Indians, or publicly declare himself a jihadi out to advocate Sharia rule in India. This great country of 1.3 billion people needs to know who we are dealing with.

[8] For example, read the following on Shahid Siddiqui’s justifications of jihadism in India: i) http://www.openthemagazine.com/article/politics/in-response-to-zafarul-islam-islamist-editors-are-indeed-radicalising-indian-muslims; ii) http://www.newindianexpress.com/opinions/2014/oct/09/Fanning-Minority-Fears-669548.html; and iii) https://www.memri.org/reports/special-terrorism-and-islam-issue-indian-urdu-weekly-accuses-hollywood-facilitating-us