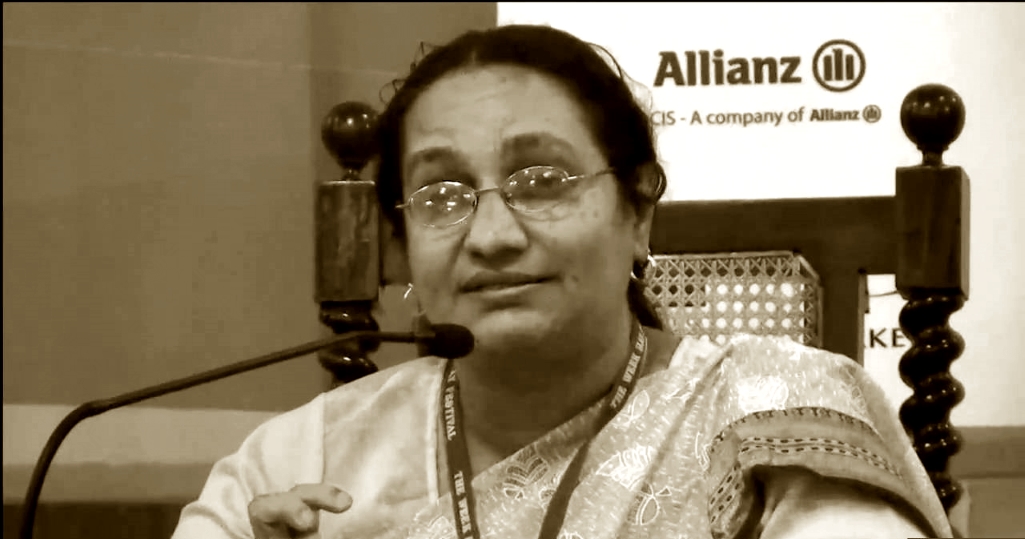 At this time of one of the biggest festivals of their mythology, the death and resurrection of their founder-deity, I wish all Christians a happy Easter Sunday. A time of new beginnings, the arrival of Spring, and a Jesus rising from the dead is a metaphor for the revivification of the earth and the beginning of a new cycle. In Kerala, the extraordinary spun gold blooms of the Indian laburnum, kani konna, gladden the heart as we await the Spring festival of Vishu on April 15th.

This year, of course, we have heard a great deal about how Christians are oppressed in India. Famous people including an admired chief of police and a former chief of naval staff have said that they feel uncomfortable in India because of their Christian faith. There was also the case of a 71-year-old nun in West Bengal, who was allegedly raped by some young men (although she has since mysteriously disappeared). There is a meme that implies that the new dispensation at the center, with the Narendra Modi administration, is deliberately hounding Christians.

I admit that there is in fact a lot of oppression of Christians in India, except it’s not coming from the PM or Hindus, but rather from certain Christians themselves, which is a sad fact that’s seldom commented on. Let me present to you three nuns whose stories are startling. All three of them are from Kerala, which has the maximum number of Christians in India. These are Sisters Abhaya, Anita and Jesme. 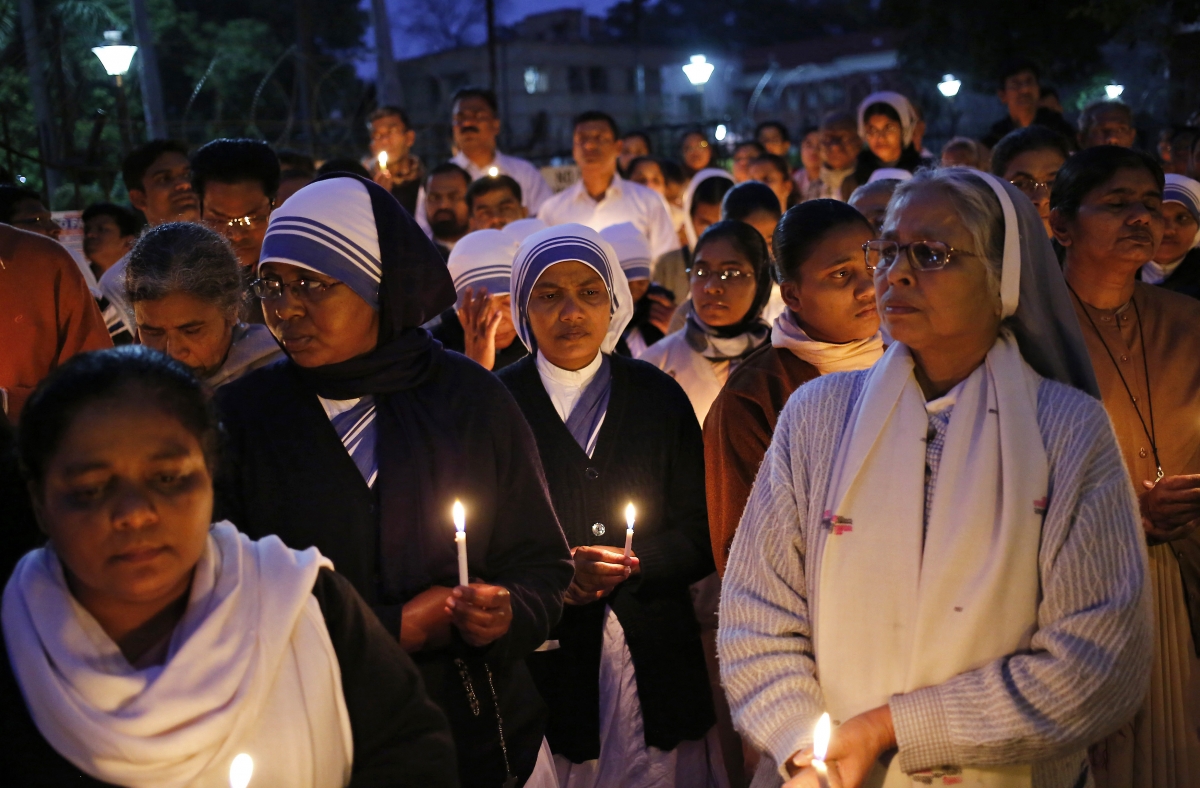 Sister Abhaya was found dead in the well of a convent exactly 23 years ago: on 27 March 1992, to be precise. The teenaged girl’s death was ruled a suicide. In a sense, this is not unusual, because young nuns are periodically are found dead, some of them in wells, some pregnant: a sad commentary on their lives. But something was not right in Abhaya’s case, it was rumored.

An activist named Jomon Puthenpurackal took up the case; he found certain irregularities in the conduct of the investigation, including what appeared to be the willful destruction of evidence such as Abhaya’s viscera and clothes. Jomon reasoned that someone was trying to sweep things under the carpet, and so he and other activists went to court. The case wound through the courts, and eventually, based on suspicion that the local crime branch’s inquiry had been compromised, the CBI was brought into the picture. There were some irregularities with the forensic lab in Bangalore, too: a sitting judge in Karnataka who had nothing to do with the Kerala case was fully briefed on the lab’s findings, which I find distinctly odd as he had no locus standi.

The CBI conducted a detailed investigation, and the results were sensational: under truth serum or sodium pentathol, three people confessed to the crime. Father Puthrakkayil and Father Kottoor and Sister Seffi confessed that they were engaged in three-way sexual activity in the kitchen of the convent at 2 am. Abhaya chanced upon them when she came for a drink of water. Seffi beat Abhaya over the head with the blunt end of an axe and apparently killed her, and the trio threw her into the convent well.

Unfortunately, and very conveniently for the accused trio, the Supreme Court ruled that narco-analysis or truth serum would no longer be accepted as evidence, with the result that it was mistrial, and the trio walked free. Yes, twenty-three years later, Sister Abhaya has not gotten justice.

Another story that broke on 27 March was that of Sister Anita. The 40-year old nun had embarked on a hunger strike, alleging that she had been sexually harassed by a priest in her Madhya Pradesh convent. When she protested, she was packed off to Europe. Then she was sent back to Kerala, and when she appeared determined to seek justice for herself, she was physically thrown out of the convent. She threatened to sit in hunger strike, supported by local activists. The latest news was that the church had settled out of court with Sister Anita, offering her twelve lakh rupees and defrocking her. It was not immediately known what happened to her alleged  assailant.

Then there is the story of Sister Jesme, who published a sensational autobiagraphy titled ‘Amen’ in 2009 in Malayalam, about rampant abuses in convents, including non-consensual sex with senior priests, and forced lesbian experiences with another nun as well as ‘humiliation, sexual abuse and mental torture’. Jesme was also expelled from the order after serving it, including as a college principal, for 33 years.

There have been serious allegations of sexual predation by priests in an official document published by an investigating Vatican official some time ago. It appears that many nuns find themselves as captive sex objects for predatory priests. In fact, there was the case of a nun in Europe just a few months ago who claimed when she delivered a baby that it was an “immaculate conception”.

Beyond this level of exploitation of vulnerable women (which is not unusual: there is the story of the Magdalene laundries in Ireland where generations of unwed mothers and other ‘fallen women’ were brutally abused and used as slave labor in nunneries) there is also the allegation about ‘nun-running’ of Indian nuns to Europe to do the cooking, cleaning and other menial tasks there, as the supply of natives there dries up.

Thus a case could be made that it is internal issues that haunt Christians in India today. In fact, unlike, say, in Pakistan, Christians have almost never been hurt by Hindus (although the reverse is not true, for instance the assassination of octogenarian monk Swami Lakshmananda in Kandhamal, Odissa). The average Christian enjoys constitutional and other privileges the average Hindu can only dream of.

As an example, consider two cases, both from Kerala. One is a small boy, seeking admission in 5th grade in a Christian school. Despite good grades from his prior school, he ‘flunks’ the entrance test. His professor parents get a recommendation from a Christian friend of theirs, and the boy is admitted. Thereafter, he stands first in his class, and the school, and upon graduation, he is a topper in the state.

The other is a teenager, an average student. His parents try to get him into the most prestigious and exclusive college in the country. The parents are confident that he will get in because he is a Christian and the college is run by Christians (it is St Stephen’s, Delhi). In fact the boy manages to get admitted.

I have intimate knowledge of both situations, as I was the boy in the first case. I remember some of my teachers from that school fondly, and my best friends there were Paul, Mathew and Tony, but the injustice of the shabby treatment I got – the blatant discrimination  in admission – I have never forgotten. I have not been back to that school even once after I graduated decades ago.

[pullquote]The average Christian enjoys constitutional and other privileges the average Hindu can only dream of.[/pullquote]

The second case is that of a neighbor of mine; his father and he consulted me on how to conduct himself in the interview. The kid is a decent sort, and I was happy to advise him. But I was appalled at how the father said, at least four times in the hour we spent together: “We Christians have preference in admissions at St Stephens”, as though it was an entitlement. And of course it is. That is astonishing in a secular nation where I imagine a good bit of the funding for the college comes from the public purse.

The same discrimination holds good in many other educational institutions, for instance at a famous medical college in the south, which discriminates blatantly in favor of Christians. In Kerala, more than 70 per cent of the educational institutions are run by Christians, including those ‘aided’ schools and colleges where the management chooses teachers, and their salaries are paid by the taxpayer.

The preference for Christians runs deep in Kerala where they are nominally about 25 per cent of the population, but given the massive conversion drives and the very large number of churches there, it is likely they are already in a plurality there, as in southern Tamil Nadu. Many converted Christians still retain their Hindu names, often to continue to enjoy government affirmation action programs to lowest-caste Hindus.

The Christian hold on Kerala was demonstrated when the current state government was formed: it was negotiated by two Christians and a Muslim. No Hindu leader was involved. Similarly, during the UPA days, with Sonia Gandhi, a devout Christian in charge, it was clear that all the plum positions in the center would go to Christians – an example is Leela Samson, who became culture czarina. Indeed, quite unlike the US, where any Indian who wants to seek electoral office has had to convert to Christianity, Christian politicians are in senior positions not only in Kerala, but also in Karnataka. During the UPA regime, a remarkable number of Christian IAS officers were deputed to Delhi. If you look at the media, there are disproportionately more Christians in positions of power.

A remarkable factor about Christians in India is their real-estate ownership. In particular, large grants under British rule have ensured that churches have enormous land holdings, worth billions of rupees and generally untaxed, in every city center. The church is said to be the largest landowner in the country after the central government. A particularly telling example is in Trivandrum. There is a large cathedral in the city center, a prominent mosque, and next to them, a tiny postage-stamp sized Hindu temple. Behind the temple, there is another large church. It is a vivid demonstration of the status of Hindus in the state: dominated by Christians and Muslims.

Academician C I Issac has pointed out, with voluminous data to support him, that in Kerala, Christians own twice as much land on average, have 50 per cent more in bank deposits, and run the vast majority of trade and education. A telling statistic: 92 per cent of those committing suicide in Kerala, mostly due to financial problems, are Hindus.

There is a fair case to be made that there is an elite group of privileged Christians, and that includes the priests in the church hierarchy as well as politicians. They are the ones oppressing or exploiting poor Christians, as well as Hindus. It is not at all the case that Hindus are oppressing Christians, although that fits well with the (fake) martyr meme. The biggest martyr story in India, that of Apostle Thomas being killed by Hindus in Chennai, is a complete fabrication, as Thomas never even arrived in India, as certified by the Vatican. From that myth to the current myth of Hindu oppression of Christians is but a small leap, a lie that is highly damaging for India, nonetheless.