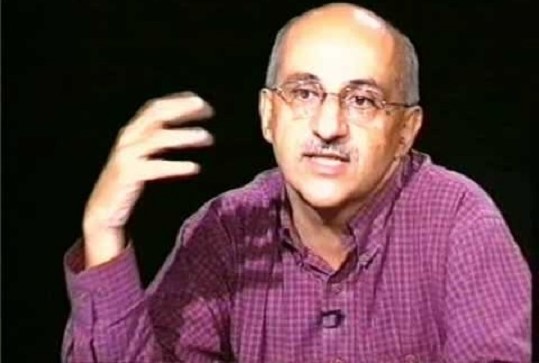 In the 13 January edition of Hindustan Times, well-known social activist and former member of the Sonia Gandhi-headed NAC, Harsh Mander opined on the conversion-reconversion debate thus:

Free India was born in a tumult of religious hatred. This, and the fact that this country is home to followers of almost every major religion, persuaded members of the Constituent Assembly to exercise great care to protect the freedom of religious belief in the Constitution. It decided that this freedom should be not just to practise and profess one’s faith, but also to propagate it. KM Munshi declared that “under freedom of speech, which the Constitution guarantees, it will be open to any religious community to persuade other people to join their faith”.

However, Hindu nationalist organizations were never reconciled to this fundamental guarantee of the Constitution.

Now it is strange that Mr. Mander criticizes Hindu Nationalists while also mentioning KM Munshi’s declaration in the same breath because Munshi was a prominent well-wisher of the Hindu Nationalist school of thought. Also according to the declaration of Munshi as mentioned in the HT piece, the option of persuading one religious community to join another is open for all; that is if a Hindu priest persuades a Christian/Muslim to accept Hinduism the reverse should also be accepted.

[pullquote]Is Mr. Mander unaware of the stellar works of long-standing institutions like the Ramakrishna Mission who are famed for being the Good Samaritan so to say? [/pullquote]

But the moment Hindus decide to ‘persuade’ others, secularists of Mr. Mander’s ilk scream ‘murder.’ This is seen even in the works of our eminent historians which describe the activities of reformist communities like the Brahmo-Arya Samaj as elitist and communal. These same secularists never had any misgivings on breaking bread with individuals like John Dayal or Kancha Ilaiah who openly publicize mass conversion and even call for a post-Hindu India.

And now, on the fact of the Hindu activists calling for ‘Ghar Wapsi’ being not as well-funded as the Evangelicals Mr. Mander stated:

Their contention is that Hinduism is denied a level playing field for conversions because enormous overseas funds support the work of Christian missionaries. But the truth is that there is no shortage of Indian diaspora funding for the work of Hindu nationalists in tribal India.

A massive network of tribal educational institutions of the RSS family has grown in central India, and the penetration of the Northeast is accelerating. The real problem is that few can match the selfless quality of educational and health services Christian missionaries offer, even to the most despised and excluded like leprosy patients.

I believe Mr. Mander will agree that the donations sent by certain NRI Hindus cannot possibly match the vast network of finances managed by Christian organizations.To give a small sample as evidence, I cite the 2011-2012 report of the FCRA, which states that seven of the top fifteen Indian foreign-funded NGOs are missionary Christian organisations that received a total of Rs 879 crore that year:

Also worthy of notice is that seven missionary Christian organizations are in the top fifteen lists having provided a total of Rs 512 crores:

Regarding ‘the selfless quality of educational and health services Christian missionaries offer’ Mr. Mander might want to see this report about the 2004 Asian Tsunami which speaks of incidents where the missionaries actually stopped relief work when the residents of some tsunami-shattered villages in India refused to convert in return for aid.

Also is Mr. Mander unaware of the stellar works of long-standing institutions like the Ramakrishna Mission who are famed for being the Good Samaritan so to say? And why does Mr. Mander scream ‘fascism’ when groups like Vanvasi Kalyan Ashram and Seva Bharti gain popularity among the Dalits and tribals of the Indian society? These tweets of journalist and writer Anand Ranganathan may give some answers:

At the end of the article Harsh Mander asserts that

The even greater problem is the religiously sanctioned inequality of caste inherent to the Hindu faith, which renders egalitarian faiths like Islam, Christianity and  Buddhism attractive to those enduring caste violence and discrimination at the lowest rungs of the Hindu social hierarchy. TT Krishnamachari, Constituent Assembly member, remarked presciently that conversion “depends on the way certain religionists and certain communities treat their less fortunate brethren”.

The large majority of converts to egalitarian faiths are, not surprisingly, from the lowest Hindu castes, stirred by hopes of greater social dignity and opportunities to study and escape socially humiliating caste livelihoods. It is their ongoing collective tragedy that even Islam and Christianity in India have absorbed ideas of caste, therefore their journey to social equality continues to be hamstrung by old walls of caste.

But the barriers remain the highest in traditional Hinduism. A story is told of the Shankaracharya of Puri, who was presiding over a reconversion programme, being asked by a journalist, “Now that you have welcomed them back into the Hindu faith, I am sure you will welcome them into your temples?” The Shankaracharya clarified that they would be allowed only to enter separate temples, and marry within their caste or tribe.

Mr. Mander may be well read in the domain of development and finance but his knowledge of Hinduism is imprecise and shallow to say the least. It has been shown by reputed scholars that most of the ancient Hindu sages spoke of varna-vyavastha which intended to ensure the harmonious functioning of the society and not to enforce a brutal birth-based hierarchy of castes. And for your information Mr. Mander, this is what Babasaheb Ambedkar wrote on Varna in his splendid work, Annihilation of Caste:

[pullquote]The 2011-2012 report of the FCRA,  states that seven of the top fifteen Indian foreign-funded NGOs are missionary Christian organisations that received a total of Rs 879 crore that year[/pullquote]

The Shankaracharya of Puri whom Harsh Mander quotes with glee is not the sole authority on Hinduism since Sanatana Dharma does not have a central Pope-like head. The core of Sanatana Dharma is that of open spiritual and philosophical inquest and personal choice, leaving the space wide open for anyone who wishes to adopt it. But for Mr. Mander’s satisfaction I shall reproduce what Swami Vivekananda said in an interview that appeared in Prabuddha Bharata, April 1899:

Hinduism has a very long history of assimilation; historical sources testify how our ancestors assimilated many foreigners like Greeks, Kushanas, and Tartars into the Hindu fold. Rites like vratyastoma were explicitly adapted for this purpose. The popular Shuddhi movement of Arya Samaj was a continuation of this age-old Hindu practice. One of its most notable proponent in the early part of the twentieth century Swami Shraddhanand also fiercely campaigned for the removal of caste/gender anomalies and received praise from none other than Dr. Ambedkar.

In the end Harsh Mander merely regurgitates the false accusations of the secularists on the issue of ‘Ghar Wapsi.’ I would like to conclude by repeating this statement from Anand Ranganathan’s tweet: Mr Mander is free to write on any other topic but with those funders, writing on church requires him, I think, to at least give a disclosure.