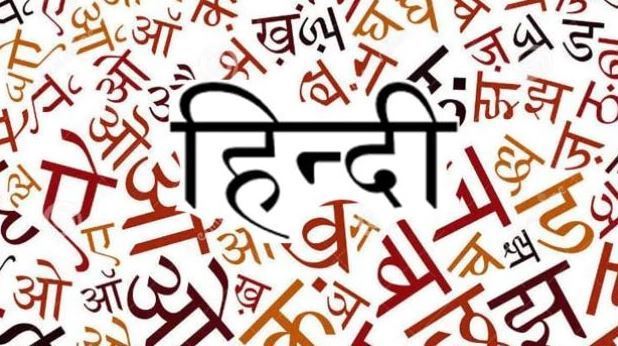 Usually I’m quite analytical and rational, but on this occasion I will deal with a pressing topic, which is also very much charged with raw emotions – in India, in Europe, actually all over the world. This topic is language, or more precisely, language policy. Consequently, I will permit myself to be a little bit less rational than normally. In the last couple of weeks, I was informed by my Indian friends that national government has in fact relaunched the project of establishing Hindi (a dominant language of Northern India) as the sole national language of India.[i] Predictably, this caused angry howls of protests and indignation in virtually all non-Hindi-speaking states and territories, especially in Dravidian states of Tamil Nadu and Karnataka.[ii] As it turned out, the fears, which have been reawakened by the so called three-language formula, have been exaggerated, but nevertheless Dravidian states seem to be staunchly opposed to “Hindi imposition”, real or imagined.

As much as I respect and appreciate Hindi as the most numerous and widespread daughter-language of glorious Sanskrit, I have to say that I am on the side of those who oppose possible establishment of Hindi as the sole national language of India. Why? You might already know that I come from a small European country Slovenia, which for centuries was a part of larger multiethnic states (Frankish empire, Holy Roman Empire of German Nation, Austro-Hungary and Yugoslavia). Having this historical memory of my nation, I am acutely aware of a central place of language in ethnic identities of many ethnic groups/nations all over the globe, and more importantly, the extremely destructive impact of language-related political disputes on the territorial integrity of multiethnic, multilingual states. Let me give you a few examples: Flemish separatism in Belgium is still, at least to some extent, fuelled by grievances due to supremacy and arrogant attitude of Belgium’s French speakers toward Flemish language.[iii] We have got similar situation in Canadian province of Quebec (French vs. English) and there is a long-standing conflict between Anglophone western part of African nation of Cameroon and its Franchophone majority.[iv] And, as you surely all know, a decisive boost to the movement for separation of Eastern Pakistan (today: Bangladesh) was provided by terribly misguided policy of Urdu language imposition on Bengali speakers by Pakistan’s central government.

Advocates of Hindi as the sole national language of India often derisively speak and write about English as a “remnant of colonial subjugation”, as an “instrument of Western cultural neocolonialism” etc. These arguments are, to certain extent, valid, but the same could be claimed for Spanish and Portuguese in Latin America, for French in West and North Africa, for Russian in the whole area of former Russian Empire/Soviet Union … I am also aware of many unforgivable atrocities, which were perpetrated by the British colonizers in India (e.g. Amritsar massacre in 1919). Not to forget the fact that British mercilessly pillaged India and consequently almost totally destroyed its economic basis.[v] But despite this very negative colonial baggage, English is the link-language of entire India, from Kashmir to Kerala and from Gujarat to Arunachal Pradesh, fluently spoken and correctly written by all educated Indians. Furthermore, English is the predominant global language by wide margin, the language of international economy, politics, science, media and mass culture. And it surely will retain this preeminent position for decades, if not centuries to come. As such, English is also widely and successfully used for the propagation of Sanatana Dharma on the global level.

“Argument” that Hindi should be the sole national language of India due to the fact that Hindi speakers represent the most numerous linguistic community in the country (according to statistics, approximately 43,6 % of Indian population speaks Hindi as a mother togue) is inadmissible. Why? Let me quote very elaborate rebuttal of this “argument” by Indian journalist Madhuri Danthala: “Those who advocate this view are confusing democracy with majoritarianism … Without mutual respect for each other’s languages and cultures, we will be jeopardising national integrity. It should be kept in mind that India is a federal country and it is indeed a matter of pride that in our Union of states, there is so much diversity. Misplaced aspirations of having uniformity will only destroy the unfathomable richness of our composite culture.”[vi] The very idea of India is “unity in diversity”, unity under the broad umbrella of Sanatana Dharma.

Let me be bold: Hindi chauvinists are, objectively speaking, the worst internal enemies of India’s unity and also, unwittingly, the best collaborators of external forces, which have spared no efforts to dismember India as a state and obliterate it as a distinct civilization. Namely, any attempt at imposition of Hindi on non-Hindi speakers has been (and will be) a strong wind in the sails of, let’s say, proponents of the so called Dravidian Christianity who have argued long for the foundation of “Dravidian federation”, based on Christianity and deep animosity toward “oppressive Hindi-speaking North”. I am certain that right now, in this very moment, there are several cunning Christian priests, whipping the wounded ethnic-language pride of their Dravidian believers: “We’ve told you so many times! These wicked lazy Hindi speakers, filthy pagans, exploit you economically and oppress you culturally. You deserve much better! You deserve your own Dravidian and Christian country!”

I do not know whether you are familiar with this specific information or not, but in 2000 Lausanne Committee for World Evangelization hosted a conference for sixty key Christian strategic experts on India, among them one missionary based in Tamil Nadu. This missionary presented a detailed paper with a title Spiritual Conflict in the Indian Context, in which he identified the unity of India as a major obstacle to the speedy expansion of Christianity: “But the spirit of being Indian is the binding factor, which has totally integrated the country into one. Today, displaying the “unity in diversity”, India portrays one entity. What is considered as the merits of India, are unfortunately the deterrents for evangelization.”[vii] One does not have to be a genius to realize that any imposition of Hindi (real and imagined) on non-Hindi speakers is enormously beneficial to these sworn enemies of India’s unity and Sanatana Dharma. Without any doubt, language squabbles are also beneficial to Islamic fundamentalists and Chinese communists and their nefarious plans with India.

As I have been told by Indian friends, in last decades Hindi has step by step also evolved into the second link-language of the nation, which is commensurate with demographic heft of Hindi-speaking belt, vibrant culture of Hindi-speaking areas, their growing economic power etc. I think that present situation, where we have two de facto link-languages is acceptable to all involved parties. However, I would like to emphasize that only sacred language of Vedic canon Sanskrit, this is my firm conviction, truly deserves to be the only national language of Bharat/India. Therefore, Indian government (and governments of all states and Union territories) should actively and systematically promote the use of Sanskrit in all walks of life, including politics. Sanskrit should not be limited mainly to the role of sacerdotal/ritual language, as it has been the case in last centuries.

So, my dear Indian brothers and sister (especially those who speak Hindi as a mother tongue), be wise, tolerant and humble! Do not fall into traps of either supremacism or separatism, set up by your enemies who are eagerly waiting for you to get caught. All languages of India, big and small, must be allowed to develop. Nay, not just develop, but flourish! I think that each and every educated Indian should be able to speak fluently (beside his/her native tongue) Sanskrit and English plus one or two other Indian languages. Remember: only India, which recognizes, preserves and celebrates its ethnic and linguistic diversity will be strong, happy and prosperous one! And a shining embodiment of Sanatana Dharma, a radiant spiritual sun to the world!

[iii] In reality this is Dutch language, because Flemish adopted standard Dutch as their official language in the end of 19th century.

[v] I think that it is already a high time for India to put the question of reparations for colonial plunder officially on the bilateral agenda with United Kingdom.