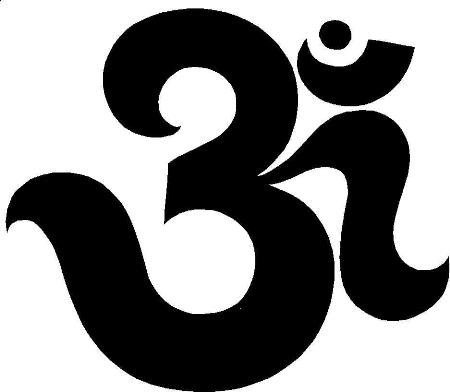 My article “When Germany is Christian, is India Hindu?” got amazingly good response with thousands of Facebook likes. However, some readers felt I made a mistake by not distinguishing between good, tolerant Hinduism, which is a private belief, and bad, intolerant Hindutva, which stands for the ‘communal agenda of an extreme right Hindu party’ that wants to force uniform Hinduism on this vast country, an act which is completely un-Hindu and against the pluralism of India.

Is Hindutva really different from Hindu Dharma and dangerous? Or have those, who coined the term, an interest in making it look like that? No doubt, Hindutva has a bad name in the eyes of many, in spite of the ruling of the Supreme Court in 1995:

“Hindutva is indicative more of the way of life of the Indian people. …Considering Hindutva as hostile, inimical, or intolerant of other faiths, or as communal proceeds from an improper appreciation of its true meaning.”

I would like to explain from a personal angle, why I came to the conclusion that it is indeed ‘an improper appreciation of its true meaning’, when Hindutva is branded as communal and dangerous.

For many years I lived in ‘spiritual India’ without any idea how important the terms ‘’secular’ and ’communal’ were. The people I met were appreciative of India’s great heritage. They gave me tips which texts to read, which sants to meet, which mantras to learn, etc., and I wrote about it for German readers. I used to think that all Indians are genuinely proud of their ancestors, who had stunningly deep insights into what is true about us and the universe and who left a huge legacy of precious ancient texts unparalleled in the world.

However, when I settled in a ‘normal’ environment away from ashrams and pilgrimage places and connected with the English speaking middle class including some foreign wives, I was shocked that several of my new friends with Hindu names were ridiculing Hinduism without knowing much about it. They had not even read the Bhagavad-Gita, but pronounced severe judgment on it. They gave the impression as if Hinduism was the most depraved and violent of all religions and responsible for all the ills India is facing. The caste system and crude rules of Manusmiti were quoted as proof. Reading newspapers and watching TV, I also discovered an inexplicable, yet clear anti Hindu stand.

My new acquaintances had expected me to join them in denouncing ‘primitive’ Hinduism which I could not do as I knew too much, not only form reading extensively, but also from doing sadhana. They were not amused and declared that I had read the wrong books. They asked me to read the right books, which would give me the ‘correct’ understanding. They obviously did not doubt their own view to be the correct one. However, instead of coming around by reading Romila Thapar and co, I rather got the impression that there was an intention behind the negative portrayal of Hinduism: Christianity and Islam were meant to look good in comparison. My neighbour, a writer with communist leanings, henceforth introduced me to his friends as “the local RSS pracharak”. Many ‘secular’ Indians consider the RSS as Hindu fundamentalists, occasionally equating it even with Islamic terror groups. So no surprise that an elderly lady once retorted, “In this case I am not pleased to meet you.”

What was my ‘fault’? I dared to say that I love Hindu Dharma, as it (its off- springs Buddhism, Jainism and Sikhism included) is the only religion that is inclusive and not divisive, whereas Christianity and Islam divide humanity into those who have the ‘true faith’ and those who are wrong and will pay for it eternally in hell, if not already on earth. Standing up for Hindu Dharma (and not only following it in private) indicted me as belonging to the ‘Hindutva brigade’ that is shunned by mainstream media. Of course my stand is neither communal nor dangerous for India. Hindu Dharma is indeed inclusive, and needs to gain strength at the expense of Christianity and Islam, which are exclusive and therefore communal.

No doubt something is seriously wrong about the public discourse on ‘secular’ and ‘communal’ in India. I can’t believe that those media anchors and invited guests don’t know it. Indians are intelligent. So why would they get secular and communal wrong?

Secular means worldly in contrast to sacred or religious, and secularism is a western concept.  State and religion were intertwined since Christianity became state religion in the Roman Empire. The Church declared what is the truth, for example that that Jesus is the only way or that the earth is flat, and everyone had to agree. If scientists disagreed, they were in serious trouble. Not without reason those centuries of Church domination are called ‘dark ages’ and the liberation from her tight embrace is called the era of ‘Enlightenment’. For Christian Europe, it was a great and hard fought achievement to get ‘secular’ states, where the Church could not push anymore her agenda through state laws. Several centuries ago, even the Sunday mass was obligatory in German kingdoms. Nobody was allowed to leave Christianity. The blasphemy laws kept the flock in check. Heresy was punished severely. Jews suffered discrimination and persecution all through history being branded as the killers of Jesus.

After Martin Luther split the Church into Protestants and Catholics, fierce wars were fought over supremacy which destroyed much of central Europe. In 1648, after 30 years of fighting, a compromise was found: the subjects of a region had to follow the religion of their ruler. Only in 1847, a Prussian king introduced a law for ‘negative religious freedom’, which meant, his subjects had the right to leave the Catholic or Protestant Church. Ever since, the Churches are losing sheep from their flock. It points to the fact that Christianity did not grow because its dogmas were convincing. It gained strength because those born in the faith could not leave it. The blasphemy laws propped up Christianity.

India has a completely different story. Sanatana Dharma was never based on unreasonable dogmas and did not need state oppression to keep believers in check. It was not in opposition to science. It was helpful to society as a whole by giving guidelines for an ideal life that acknowledges the invisible, conscious essence in the visible universe. It did not straitjacket people into an unbelievable belief system. It allowed freedom of thought and many parallel streams with different ways to connect to this essence emerged. “Hinduism is a way of life”, is often said. Following Hindu Dharma is actually an ideal way of life.

Since I grew up in the Catholic Church and know the narrow mindedness that is indoctrinated into children, I wonder why on earth Indians would prefer dogmatic religions to their ancient, benign Dharma. Don’t they see the real communal danger? Those ‘secular’ friends, who fiercely defend the right of the religious minorities to assert their exclusive identity, don’t seem to realise that both, Christianity and Islam cannot live with others peacefully. Both religions need to dominate. And both are very powerful worldwide, politically and financially. As long as they have not yet the numbers in India, they may downplay the central tenet of exclusiveness in their ideologies. But exist it does.

Secularism has dented the influence of Christianity in the west. But the Church did not give up its goal to make the whole mankind believe in Christ, and focusses now on the huge mass of Hindus. In Islam, the clergy still has a hold on the faithful and in several Muslim countries leaving Islam is punishable by death. As the Quran itself forbids the followers to leave the faith, it is difficult to forego the blasphemy laws.

The Indian secularists seem to fight for the right of Christianity and Islam to be communal and for their followers not to integrate into the Indian society, but to stress their separate identity. And what is this separate identity? It is merely an unverifiable belief that gravely impacts the mind-set. This mind-set not only creates outsiders, but it creates outsiders that are looked down upon. How can educated Indians be blind to the danger and risk having in future more partitions on the basis of unsubstantiated religious beliefs, including the risk of more terrible bloodshed?

Strangely, the dogmatic, exclusive religions are not accused of being divisive, but Hinduism is. Why? Hindus are required to see Brahman, the one Godhead, in everyone, never mind how he connects to his creator. In contrast, the followers of dogmatic religions are not required to respect those who reject their respective ‘true religion’. They are even allowed to hate them. The ease with which Christians and Muslims killed unbelievers, is frightening. Only 70 years ago six million Jews were murdered in cold blood in gas chambers in Germany. Only a little over 40 years ago, hundred thousands, if not millions, of Hindus were butchered in Bangladesh. There are many more examples. Humanity needs to win over such madness. How? Hindu Dharma has the key: acknowledge that we are all members of one family – coming from the same source with the same blood as it were…