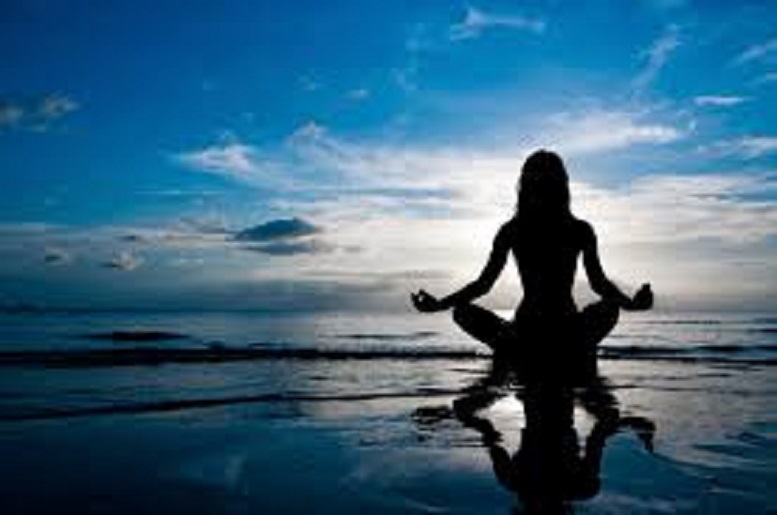 Over the past 46 years since taking my first series of Hatha Yoga classes, during my senior year of high school in 1969, in the basement of the Episcopal church in Abilene, Texas, I have attended various classes led by at least half a dozen different Yoga instructors. At times, I’ve had the good fortune of having a few Yoga buddies with whom I practiced regularly. I’ve studied several informative and well illustrated “How-To Books’ about Hatha Yoga, and of course, watched and rewatched and rewound numerous YouTube presentations demonstrating a particular asana or a series of asanas, or explaining the breathing pattern that goes with certain movements.

After almost five decades of admittedly less than diligent practice, sometimes sporadically and other times quite dedicatedly, I am still a novice. Though a well-informed novice, who deeply respects the impact that Hatha Yoga can have on the physical body, including balance, power, and stamina. A gradual increase in mental acuity also results from the regular practice of Yogic breathing techniques, which clear the mind of random thoughts while learning to focus one-pointedly on your breath and simultaneously be aware of your bodily postures.

There are benefits that arise from Yoga, which may not even be noticed initially as Yoga begins to subtly affect our physical bodies. Our balance, response time, and flexibility gradually improve after just a few weeks of regular Yoga practice. We may start feeling younger and more agile. After serious accidents and head injuries Yoga helps many patients regain their equilibrium.

Yoga is good for the body and the mind. It links them together, and hence, as is often mentioned, the word Yoga is etymologically related to the word Yoke. When the body moves in tandem with the mind’s attention, the results of total mental awareness of the subtleties of the physical form is an experience of internal union that can have exponential effects on the consciousness of the Yogi. Much like learning a language or even painting a room, if you concentrate and pay attention, engage each step at the proper time, and if the going gets difficult, take your time, study and focus… you will be successful, no matter what the hurdles. “Keep on Keeping on…. eventually you will arrive,” -the basic law of Yoga.

Some nay-sayers have unapologetically condemned the spiritual roots of Yoga, looking out at Hinduism through personally or socially erected prison bars or blinders that disguise or hide the positive, psychologically integrated-individualistically empowering nature of Sanatana Dharma that also embraces social-duty oriented perspectives. Freedom of thought is inherent at the very core of Sanatana Dharma (Hinduism). Mullahs, Priests, and Popes may be unaware of Hinduism’s inherent link to the scientific method. Perhaps Hinduism’s physiologically and psychologically verifiable methodologies frighten the critics even more. Afraid of the competition!

Yoga works, no matter what country you happen to be living in. It has to do with nerves and muscles and ligaments, which are universal to all human beings. When discussing Hinduism, we are reminded what Dr. Carl Sagan wrote in his book ‘Cosmos’: “The Hindu religion is the only one of the world’s great faiths dedicated to the idea that the cosmos itself undergoes an immense, indeed infinite, number of deaths and rebirths. It is the only religion in which the time scales correspond, to those of the modern scientific cosmology.”

Yoga emerged from the teachings of Sanatana Dharma (aka Hinduism). In addition to a multiplicity of approaches such as Advaitya Vedanta, Mimamsa, and various Monistic philosophical traditions, Hinduism identifies six basic schools of Yogic practices, one of which is Hatha Yoga or physical Yoga.

Hatha Yoga has become very popular across the world. Hatha Yoga is the repetitive practice of various highly effective, physiological and anatomically specified sets of asanas or bodily positions that have a beneficial impact on particular areas of the human anatomy. Hatha Yoga is a series of deliberate, mindful exercises coordinated with the breath. Evolving from ancient Yogic texts, numerous schools of Yoga have emerged through the centuries. Different traditions of Hatha Yoga offer volumes that carefully explain the form and sequence of movements of a particular asana, including such details as facial expression, position that the toes are pointing, also when to breathe in and when and how to exhale for each particular asana. The combinations of possible moves are vast and you can pick and choose depending on what part of your body aches or needs attention.

In the USA, Yoga studios can be found in most neighborhoods. There are even daily television shows devoted to explaining Yogic practices; similar Yoga shows are also aired on Indian TV. In the US, Gym teachers are teaching Yoga to students as part of the Physical Education program in the schools. Some forward thinking companies actually give Yoga breaks during the workday, when employees are shown how to stretch and breathe and exercise. Then get back to work more invigorated. The huge Civil Services branch of the Indian Government is working on a similar measure that would give all employees the opportunity to take Hatha Yoga weekly.

In America, Yoga teachers usually end their classes, after an hour of instruction, with their hands in prayer position, while they smile and say, “Namaste… See you next week.” I’ve often asked the teachers if they know what the Sanskrit word “Namaste” means. Most mentioned the basic idea of honoring all that is sacred, “I honor you,” “I honor all creation.” Assumed inferences included “Peace be with you,” or “Go in peace.” Most Yoga teachers thought it meant something like honoring the sacred which is very close to its meaning in Sanskrit.

June 21, 2015 is the first International Yoga Day, as declared by a near unanimous vote in the United Nations. However there has been some unnecessary controversy regarding this first annual International Yoga Day. Unfortunately, in India organizations such as the All India Muslim Personal Law Board and Jamiat Ulema-e-Hind have spoken up against Muslims practicing Yoga because it is supposedly unIslamic and could lead to apostasy.

Some conservative members the Abrahamic faiths tell their followers not to practice Yoga; to beware or they will be tainted by, or attracted to a polytheistic pagan cult, such as Hinduism. These misguided critics claim that doing an exercise such as “Surya Namaskar” / “Salute to the Sun” is worshipping the sun, which is against both Christianity and Islam, whose followers are only allowed to worship the one true form of God.

However, in every Yoga class I have ever taken, worshipping the sun was never mentioned. ‘Salute to the Sun’ is simply described as a good overall workout with which to start your day. The teachers rarely bother to face their classes in an easterly direction. Many Yoga studios have ceiling to floor mirrors so instead of some hypothetical Sun God, the students usually are checking their athletic form or looking at their thighs to see if all the Yoga classes were making a difference in their physique!

But many Christians believe that “Yoga originated with a blatantly anti-Christian philosophy … [that] teaches one to focus on oneself instead of on the one true God. It encourages its participants to seek the answers to life’s difficult questions within their own consciousness instead of in the Word of God.”  See: http://www.gotquestions.org/Christian-yoga.html#ixzz3dQUK3CvF

Shortsighted, orthodox critics have complained that if their followers repeatedly say the Sanskrit word “AUM”, their faith in Jesus Christ or Allah will be negatively impacted. To nullify that fear, Muslims yoga students could exhale, releasing a soft breath while forming the word Aaalaaahhh… or Allaah-hooo. Or a Christian could breathe the word Aahhmenn…. (Amen) or maybe Yaaawehhh. The idea is to release a sound that can be made while holding your mouth in an open position letting the air blow through the partly opened mouth forming a vowel sound, like AAA (Ah) or OOO (Oh) UUU … followed by a humming sound to clear yourself out.

From my various experiences, Hatha Yoga teachers rarely tell their students to repeat mantras. One young teacher sometimes started her classes with the students standing tall, with feet firmly planted, then slowly begin gently swinging the arms from side to side with the hands hanging limp, as the breath escapes with a sound that releases all tension. Some people said “Aum”, others “Hum-Ahhh”. Some just sighed “Aahhhhh” while breathing out, as they swung their arms. Why not Aalaahaa? If that simple trick of enunciation can offer the benefits of Hatha Yoga to the broader Muslim world, it is not outside Yogic traditions to make personal modifications in asanans or practices to suit the individual physical or mental needs of the practitioner.

On June 21st SALUTE THE SUN!

June 21, 2015, the first annual International Day of Yoga: Salute the Sun from every country; be grateful the sun rose again another day. On the longest day of the year, salute the sun from all nations. From everywhere in all directions, the Sun is always somewhere above us. The whole world can spend a moment of breathing deeply, remembering grace with gratitude… thanking the Sun for rising, or thanking God for helping the Sunrise.

Shared internationally: A few moments full of breath and life, awareness and gratitude.

So many good Yoga websites! See this International Day of Yoga website: http://idayofyoga.org

The following amusing yet familiar sounding article by a Pakistani speaks from the other side of that society’s divide, with the voice of the real people. I feel like I know this lady. Her article could have been written by a friend in Islamabad or Lahore.

This article quotes the objections of Islamic leaders, then in usual India media style blames the situation on the BJP: (I’ve often said that the mainstream media in India is to the BJP what FOX news in the USA is to the Democrats… everything bad is their fault, quoted out of context and misrepresented in the media.)

History of Asana and Exercise in India