The Ideology of A.G. Noorani 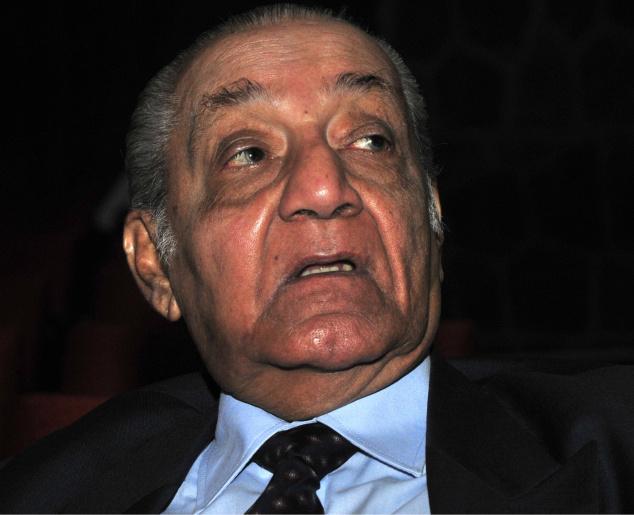 Over the past few centuries, civilisation has witnessed a worldwide movement to separate religion from the state and law, giving birth to secularism. In India, one man is trying to reverse this process. His name is AG Noorani. The main allegation against Noorani is that he is a constitutional expert, which is completely untrue because in his writings he does not defend the constitutional rights of Indians. The accusation is also that Noorani is a Muslim intellectual, which too is baseless because in none of his articles he defends the constitutional rights for Muslim women.

I have read his about 6,750-word article in Frontline magazine of January 6, and his earlier write-ups on triple talaq and the Uniform Civil Code (UCC), a code of rights to be secured for all citizens as directed by Article 44 of the constitution. Noorani rues that British judges discarded “centuries-old sharia” at a time India was “fortunate” to have judges like Syed Ameer Ali and Syed Mahmood, who were “erudite scholars in jurisprudence, steeped in Islamic theology.” He lauds Justice Mahmood for saying that courts “are bound to apply and decide cases according to personal laws.”

Noorani is a one-man Deoband madrassa, seeking a role for Islam in the Indian state in modern times. In his articles on Muslim women’s issues, Noorani, the so-called constitutional expert, emerges as intellectually dishonest for the following reasons.

One, his write-ups are totally silent on Article 14, which states: “The State shall not deny to any person equality before the law or the equal protection of the laws….” Article 14 is the key to the struggle against instant triple talaq.

Three, his articles don’t mention Article 21, which guarantees right to live with human dignity. Article 21 states: “No person shall be deprived of his life or personal liberty….” It presumes human dignity, such as that of Shayara Bano of Uttarakhand, who has urged the Supreme Court to secure her fundamental right to equality on triple talaq.

Four, the only constitutional provision Noorani mentions is Article 44 on the UCC, but when he does so his sole purpose is to undermine it. This is Noorani’s unadulterated intellectual deceit that Indian editors love to publish. When he talks about Article 44, he accuses Modi government of “lust” for uniformity, intentionally reducing the UCC’s quest for rights to a debate between uniformity and diversity.

India has walked far since 1950 when it adopted a constitution. Since then, the attitudes and aspirations of Indians were shaped by ideals of equality and liberty seeded by the constitution. Indians, especially 70 percent of them below 35 years of age, look up to the constitution to define the way forward for the nation. People regard courts, trust in constitutional rights, and consider the constitution as the arbiter of their daily life. More than before, India’s discourse has become constitutional. Noorani is on a mission to distort, damage and divert this constitutional discourse.

Noorani does so in the following ways: one, by digging up arguments from pre-constitution era such as from the Privy Council, which no longer governs India; two, by citing Sharia laws as discussed by British-era Muslim judges; three, by citing post-Independence Hindu judges who quoted the Quran, not the constitution, in their judgements; four, by defending religious laws even when they harm women’s rights; and five, by not speaking about Articles 14, 15 and 21. Unlike Indians, Noorani does not believe in the Indian constitution. My argument is this: laws that violate women’s rights cannot be defended in modern times.

Mughal emperor Akbar was intellectually liberating as he introduced, perhaps for the first time, religious neutrality in the state policy. But Noorani is a hidden Islamist, the unarmed version of a jihadi, out to introduce Sharia laws in the Indian republic’s way of life. He loves to quote the Quran, but shuns the constitutional articles that are of revolutionary significance to women’s empowerment. Noorani praises Ameer Ali for quoting the Quran and Justice Mahmood for criticising British judges who didn’t cite “original Arabic” Islamic texts.

Mahmood was the son of Sir Syed who established the Aligarh Muslim University from where the Pakistan Movement originated, dividing India in 1947. Noorani’s article begins with a quote, of all people, of MA Jinnah; one is left wondering, if Noorani is among those Muslims who feel left out for not having gone to Pakistan. He cites the Quran, Islamic literature and even Jamaat-e-Islami founder Maulana Maududi in order to convert the nation’s constitutional discourse into a Quranic discourse. Noorani’s commitment to Sharia is absolute.