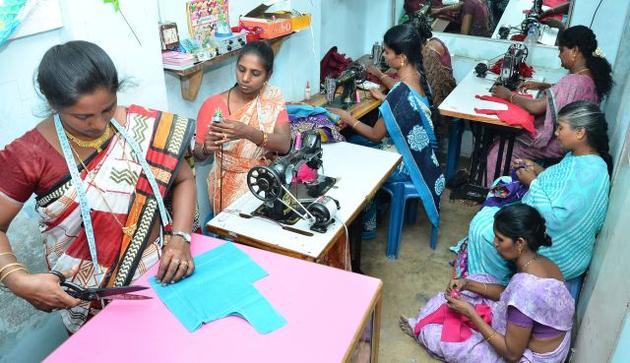 On 26th June 2018, there popped up a shocking experts’ survey from London based Thomson Reuters Foundation which said ‘India is the world’s most dangerous country for women’. Seriously? Yes indeed if we are to believe the Thomson Reuters Foundation that did the survey in 193 United Nations member states. They assert that the survey data was collected from 548 experts focused on women’s issues, including aid and development professionals, academics, health workers, policymakers, non – government organisation workers, journalists, and social commentators.

Thomson Reuters Foundation claims that it has 90 staff members around the world who speak 30 languages and that they represent 24 countries. When their report came out it was celebrated vehemently by many activist groups as well as by prominent journalists; even popular news media groups like NDTV, Firstpost, BBC News etc., reported it intensively. The claims of the “analysis” seemed to be worth worrying for, if true.

Let us check the condition of women in the countries which are ranked below India on its dangerous facets according to Thomson Reuters survey. Till 2015 women in Saudi Arabia did not have voting rights. They were forbidden to drive motor vehicles until 25th June 2018 when this ban was lifted. For a woman to get married in Saudi Arabia, she would have to seek permission from her guardian and if she wishes to marry a foreigner, permission has to be sought from the Ministry of Interior. Until recently, women in Saudi Arabia were not allowed to visit movie theatres. The movie Black Panther released this year became the first movie that they watched in 35 years. Still Saudi Arabia ranked five in the survey while India held the first position.

Ludicrously enough, Islamic war zone Syria is much more safer for women than India, where Islamic State of Iraq and Syria (ISIS) literally rains the land with bombs! The war in Syria has killed more than 3,50,000 people in last seven years, including thousands of women per year while infidel women are still kept as sex slaves. In December 2014, the ISIS released public guidelines on how to seize and sexually abuse female slaves.

Till date, the World Health Organization has not been able to calculate the health per capita or even total expenditure on health from Somalia, which ranks just below India in access to healthcare. In the much hyped USA, there were an estimated 95,730 rapes reported to law enforcement in 2016 as per FBI tally. This was 4.9 percent higher than the estimates for 2015 and 12.4 percent higher than 2012.

Deaths and injuries among women in Afghanistan increased sharply in 2017, with 298 dead and 709 injured in the first nine months of the year, most of them being victims to bombing and aerial attacks. Taliban was responsible for 43 percent, the Islamic State for 5 percent and unidentified groups for 19 percent. Pakistan and Iraq are still crawling to come out of its home grown terrorism.

It was Boutros Boutros – Ghali, former secretary general of the UN who raised concern over the situation of women in Afghanistan. Thomson Reuters Foundation seems to want the news on Afghan women brushed deftly under the carpet. Afraid of Taliban and ISIS?

Healthcare issues of women was one among the six specific areas of the survey conducted by the Thomson Reuters Foundation. It seems that the survey has come to a conclusion regarding this matter omitting several aspects that deserve due consideration and proper study. For instance, according to a recently released Sample Registration System bulletin, India registered a significant decline in Maternal Mortality Rate, with 22% reduction in maternal mortality since 2013 which implies there are nearly one thousand fewer women who now die of pregnancy related complications each month in India. Maternal mortality rate (MMR) is certainly a strong indicator of access to health facilities specifically to women. MMR is the annual number of female deaths per 100,000 live births from any cause related to or aggravated by pregnancy or its management (excluding accidental or incidental causes). The MMR includes deaths during pregnancy, childbirth, or within 42 days of termination of pregnancy, irrespective of the duration and site of the pregnancy, for a specified year. Data: MMR from ‘The World Factbook’ of CIA

In the country wise comparison on MMR, adapted from ‘The World Factbook’ of CIA (Central Intelligence Agency), where do we see the most dangerous land for women to live? When Sierra Leone leads the table with an MMR of 1360 followed by Central African Republic, Chad and Nigeria, India comes at the 56th position with an MMR of 174.

Now if we look into the reported cases of sexual violence against women across the globe, the shocking figures might dismay us. India is certainly not the most dreadful country on the basis of sexual violence as per the United Nations record displayed above. Where does India stands in these figures?

Another indicator of health care issues of women would be estimates of Female Genital Mutilation which is certainly considered as a violation of human rights of girls and women. UNICEF records for Female Genital Mutilation estimates that more than 200 million girls and women alive today in 30 countries across Africa, the Middle East and Asia have undergone FGM. In 2008, the World Health Assembly passed resolution WHA61.16 on the elimination of FGM, emphasizing the need for concerted action in all sectors – health, education, finance, justice and women’s affairs. Of the 29 countries listed by UNICEF on basis of percentage of girls and women aged 15 to 49 years who have undergone FGM from 2004 to 2015, India does not appear. Nor does it appear in the list of 21 countries where girls of age ranging 0 to 14 years have undergone FGM from 2010 to 2015.

From United States Trafficking in Person (TIP) report of June 2017 they have listed the 10 worst countries for Human trafficking. India is nowhere in the list when it has Syria, Sudan, Belarus, Central African Republic and Iran coming in the top 10.

India has nine female ministers of whom six holds cabinet rank. According to the latest Indian census which was conducted in 2011, the total number of women in India is 58,75,84,719. The latest statistics published by the National Crime Records Bureau says that the total crime against women reported in India during the year 2016 is 3,38,954 which means that 82.67 percent of women in India are safe, unlike Syria, Pakistan or even USA.

Now for a further understanding of the survey in question, all roads would lead to the Reuters data. You would certainly need to know more about how the data was collected. For example, how were the 548 people or institution of these data sources selected? Thomson Reuters thinks that Syria, Saudi, Iraq and Pakistan is above India on matters of women safety? Well, on what basis? Is their data reliable enough for a thinking man’s mind? The Methodology of the survey itself seems to be quite absurd, with waging questions asked only to 548 experts, absolutely ridiculous!

On the other side, Thomson Reuters Foundation doesn’t seem to have its foothold in Islamic countries like Pakistan, Bangladesh, Iraq, and Syria or even if they have, they have not yet published it’s geographical location in their website. Why? Is it because they don’t want to get bombed, too concerned about their own safety? Is their concern for human rights merely peripheral? Or is it that they simply wish to tarnish the global image of India in a bad dark paint?

Can the Thomson Reuters Foundation, rooted in the UK be considered trust worthy of giving a factual data on Women safety? What are its scale of collecting ‘soft data’? The result of such a frivolous study would only be ‘How dangerous some people believe different countries to be?’ instead of ‘how dangerous these countries really are?’.

Over the years, there has been a tremendous increase in NGOs and scholars, rooted and nurtured in the west, specialized in India blaming. It is very evident that the sole purpose of this survey is to mislead but global nexuses would conveniently oversight it in various capacities to promote their respective agenda. This agenda is very evident when NDTV’s Nidhi Razdan did a one hour long discussion inviting the CEO of the Thomson Reuters Foundation, Monique Villa. What more can she do to propagate an India bashing agenda? The Reuters survey further reveals a wider global grid, tirelessly involved with an India spanking schema.  There is a need to redefine the notion of Survey. If the survey is funded by, appointed by, or trained by foreign agency then it needs good data scrutiny and methodology, before being accepted.

Rupesh Kalesan & Sooraj Rajendran are independent researchers with a keen interest in science, philosophy, and the study of Indian civilisation.

Why Britain is the most unsafe country for India