An interplay between women and Islamic radicalisation 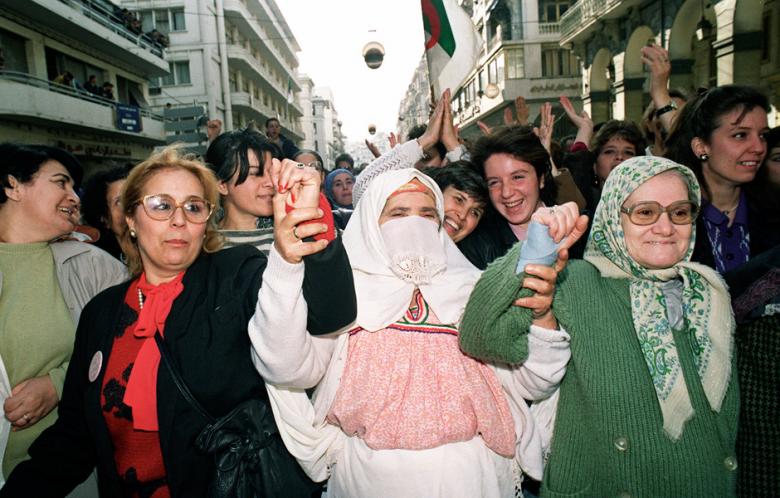 Scores of Alimaat (female Islamic scholars) have been at the forefront in Morocco and Algeria in a battle against the religious radicalisation, with an aim to rescue women from the clutches of the radical clergy promoting extremist strain of Islam. Popularly known as Murshidaat (female spiritual guides), almost 300 Alimaat have been appointed in the de-radicalisation task in Algeria by the religious affairs ministry, as widely reported in the Arabic news outlets. These Alimaat or Murshidaat employ their skills borrowed from a nuanced understanding of the Islamic references as well as the psychology and sociology. Most importantly, they serve in mosques, prisons, youth centres, hospitals and schools. Such glaring instances of de-radicalisation with the help of women Islamic scholars are not found in other Islamic countries like Saudi Arabia, UAE, Turkey or Pakistan. This is only a recent phenomenon in the Muslim countries inclined towards evolving a moderate Islamic and anti-extremist narrative.

This phenomenon shows how proactively women can take part in preventing religious extremism. While they can render precious help to law enforcement and security officials, they can best shape the mental horizons of their children in a way that can steer away from falling prey to the ideologues of violent extremism. A research work by the Brookings Institution has rightly noted that “violent extremism is most effectively countered through increased education, better critical thinking and enhanced opportunities for women”. (Source: ‘A Gendered Approach to Countering Violent Extremism’)

Another research work on the interplay between women and de-radicalisation states that violent extremism is still often considered a male issue and the question of women terrorist radicalisation is characterized by bias and misconceptions. It offers an empirical evidence to substantiate that women are not only ‘passive victims’ of religious radicalisation or violent extremism. Rather, they play a major role in both radicalisation as well as de-radicalisation. In many cases, women are the mobilisers and recruiters for terrorist groups, playing support roles and perpetrate radicalisation and faith-inspired acts of terror. It reads: “In situations of conflict and violence, women are often seen as passive, victims, helpless, subordinate and maternal. Such assumptions reinforce gender stereotypes. As a result, women are neither considered to be potential terrorists, nor perceived to be as dangerous as their male counterparts if they were to be involved in terrorism. However, a woman should not be assumed to be more or less dangerous, nor more prone to peace, dialogue, non-violence and co-operation than a man. In fact, the very image of the peaceful woman has been used by terrorist groups to recruit women and to claim an innocent and a nonviolent character by highlighting the involvement of women in their organizations.” (Source: Women and Terrorist Radicalisation Final Report, OSCE Secretariat – OSCE ODIHR Expert Roundtables)

In recent times, both Algeria and Morocco—despite constituting an overwhelming majority of moderate Muslims — have witnessed women pledging allegiance to the extremist Islamist outfits. The Algerian authorities have reported that these jihadist women had built “close relationships with several terrorists affiliated with Daesh (IS) based on the Syrian-Iraqi border”. They had planned to carry out suicide bombings across the country.  In Morocco, an all-female terrorist cell is actively engaged, particularly in the vulnerable Moroccan cities such as Kenitra, Tan Tan, Sidi Slimane, Sale, Tangier, Oulad Taima, Zagora and Sidi Taibi, as reported in various Arabic and English national dailies of the country. The Moroccan Times has quoted the head of Morocco’s Central Bureau of Judicial Investigations (BCIJ) as saying: “Some of them were lured to IS, thanks to the family ties they have with Moroccan fighters who had joined Daesh in Iraq and Syria”. These IS-inspired women in Morocco were planning to attack “vital installations” and had tried to obtain the chemicals used to make explosive belts.

It is only in the wake of this grim situation that the Algerian and Moroccan governments are asking the Alimaat and Murshidaat to help rescue the youths from falling into the grips of radical Islamists. An Alimah who has reportedly been working for the past 15 years in an Algerian town where both boys and girls, have been increasingly radicalised, told Al-Masaa, an Algerian newspaper: “It is the pseudo-imams, with scant and literalist knowledge about the Qur’an and Hadith, who are trying to indoctrinate the youth through television programmes and the Internet. Many mothers deeply regret to see their children fall victim and confide in me so that together, and with the help of others, we can de-radicalise them”.

However, the question is how best a woman or mother can spot the signs of radicalisation in her children and serve as preventer of violent extremism. Another question we need to address is: why girls—and more shockingly, the well-educated and the affluent—are getting lured to the extremist theocracy known for its misogynistic and male-chauvinistic atrocities. There is no iota of doubt that ISIS terrorists have maimed women capturing them as sex slaves and ‘jihadi brides’ in their occupied lands.

In fact, these girls and women — majority of them being converts or neo-Muslimas — rely on online sources for their guidance or what they call ‘hidayah’ (religious guidance). Through online extremist websites, they are indoctrinated into a dogmatic, retrogressive and a utopian Islamism intoxicated with the man-made Shariah. Thus, they indulge in the ungodly acts of extremism and dogmatism in the name of God, as their faith turns into a dire psychological disorder.

Such indoctrinated women who loudly claim to do ‘anything for Islam’ are not fascinated towards the traditional spiritual Islam or progressive Islamic thinking. But rather, they are driven by a network of half-educated, misguided and extremist youths—most of them being males. Scores of bright students of science, medicine and engineering have reportedly terminated their education aiming for an Islamic state or Shariah-controlled zone where everything is ‘pure’, ‘perfect’ and idealistic. The extremist Islamist women in Algeria and Morocco seem to harbor the full conviction in this aim. They strongly believe that they are following the only righteous path of Islam and that their adherence to the puritanical Islam is the surest way to salvation.

In fact, the obscurantist and misogynist interpretation of Islam is catching the imagination of not only the male-chauvinistic Islamists, but also many common Muslim women. In a twisted understanding of Islam, they have blindly accepted the misplaced patriarchy and several misogynist decrees in the name of Shariah. Such a short-sighted worldview is ideologically buttressed by the well-established female-oriented Islamic seminaries across the world.

India has also seen its share of religious radicalisation of women. For instance, a self-styled ‘Islamic feminist’ outfit that resorts to the violent jihadism is known as Dukhtaran-e-Millat (Daughters of the Community). It seeks to establish Islamic laws in the valley of Kashmir, as it views the Kashmir issue as “purely religious” rather than “political” and thus considers the concocted notions of Jihad-e-Kashmir or Ghazwaul Hind as part of their Islamism. Asiya Andrabi, a hardcore Islamist feminist who heads this militant outfit has often called for establishing Islamic caliphate in Kashmir, stating that militants were not fighting for ‘freedom’, but for the imposition of Islamic rules in the valley. She established her terror outfit with an inspiration from the neo-fundamentalist and ultra-puritanical teachings of the Salafi or Ahle-Hadithi ulema in the valley. She has recounted how she got fascinated towards the Islamist literature and story-telling books, which inspired her to form the “Dukhtaran-e-Millat”. In her article at pakistankakhudahafiz.com, Rahiba R Parveen has quoted Asia Andrabi as saying: “I was an ambitious girl. I was shocked by this objection on my wish to study outside. But in that disappointed state Mayil Khairabadi’s book ‘Khawateen ki Baatein’ came to my rescue.”

It’s high time the role of women in propagating as well as countering religious fanaticism is accorded the due attention it deserved. But regrettably, they are largely missing from most of the discourses on religious radicalism and extremism, more particularly in India. At a time when the UNSCR (1325) highlights the significant role women can play in counter-extremism and conflict-resolution, Indian women must do their part to curb the violent extremism.