Is it time the traditional right to bear arms is restored in India? 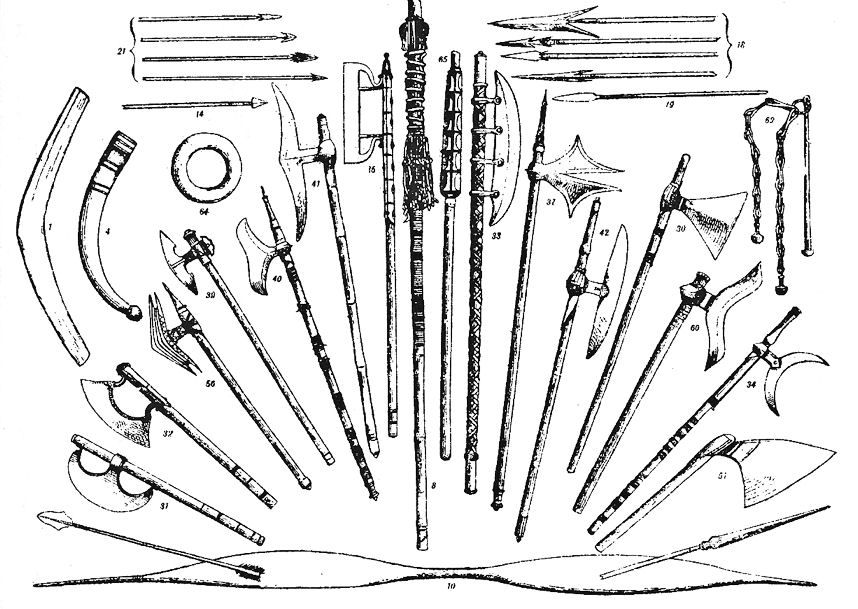 In the India of today, there are a few loopholes in the state apparatus which are often exploited by certain criminal and anti-social elements. Especially when such elements have political support behind them, the Indian state has been seen to be powerless to protect ordinary citizens from being harmed. There is therefore a need to introduce new laws that can help both the authorities and common citizens at the same time. In the meantime, existing laws also need to be critically examined to determine whether certain adjustments need to be made in accordance with the needs of the day. One of the laws of today that seriously restrains the freedom of ordinary citizens is the Arms Act of 1959, which has been amended and strengthened since. This act has made it extremely hard for law-abiding members of society to obtain firearms for their own self-defense. In briefly examining military history alongside the history of this law, it becomes evident that a serious amendment may well be in order.

India has had a glorious military history in which, on many occasions, armed ordinary citizens have banded together in self-defense to ward off invaders. When Alexander the Greek invaded India in 327 B.C.E., he had to contend with the armed citizenry of the Janapada republics and the monarchies, leading to his eventual defeat and retreat.[1] In one year after Alexander’s death in 322 B.C.E., the grand empire of the Mauryas was founded by Chandragupta Maurya. Chandragupta Maurya, who was born in an ordinary peacock-herding family, was able to bestow military defeats to the Greek Yavana invaders and the corrupt Nanda rulers under the able guidance of Chanakya.[2] Similarly, the Kushan and the Huna invaders were militarily defeated by the valourous Indian armies.1

During the medieval Islamic rule in India, Hindu armies including the Maratha, Vijayanagara and other armies proved to be major thorns in the sides of the oppressive Islamic rule. Shivaji, whose father served as a general in the army of the Bijapur Sultan Adilshah, was inspired by his mother Jijabai to lay the foundation of the Maratha Empire by taking on the might of the Mughal Empire of Aurangazeb. Also, many peasants, Rajas and Zamindars in Muslim-ruled territories had to flee into the forests to escape enslavement and conversion. These Hindus continued their armed resistance to Islamic rule from the forests.[3] During the early modern period, as the Anglo-Maratha wars, the Anglo-Sikh wars etc. provide testimony, the tradition of armed resistance continued during even the rule of the British East India company between 1757 to 1857 C.E.

This indigenous military ability was fostered among the population by the gurukula education system that used to function in India since time immemorial. Prior to the 19th century destruction of the gurukula system by the British colonial administration, dhanurveda (science of archery and weapons)[4] used to be one of the several subjects taught to Indian students. The dhanurveda is considered one of the upavedas (applied sciences)[5] in the traditional system of Indian learning

A British ploy to demoralize Indians

The 1857 War of Independence led by warriors such as Nana Saheb and Jhansi Rani Lakshmibai caused the colonialists to massively rethink their approach towards the native Indian subjects. After defeating the Indian revolutionaries in 1857, the British rulers came up with a diabolical plan to disarm and demoralise the Indian population permanently. Quoting from scholar David Arnold:[6]

“The British were aware of the part metal-working had played in supporting indigenous powers in the past through the production of arms and ammunition, and, just as they introduced an Arms Act in 1878 to restrict Indian access to firearms, so they sought to limit India’s ability to mine and work metals that might sustain it in future wars and rebellions. This was especially the case with Rajasthan, a region rich in metals. In the 1820s James Tod identified the ‘mines of Mewar’ as one of the means that had enabled its masters ‘so long to struggle against superior power, and to raise those magnificent structures which would do honour to the most potent kingdoms of the west’. Indian skill in the difficult art of casting brass cannon had made Indian artillery a formidable adversary from the reign of Akbar to the Maratha and Sikh wars 300 years later. But by the early 19th century most of the mines in Rajasthan had been abandoned: the caste of miners was ‘extinct’.”

The British Arms Act of 1878 required the Indian colonial subjects to follow 3 steps in order to obtain a firearm:[7]

Mohandas Karamchand Gandhi was one among many Indian leaders who had seen through the British ploy to demoralise Indians by taking away their arms. Gandhi had voiced his strong dissent against the British Arms Act in the 1920s, stating: “Among the many misdeeds of the British rule in India, history will look upon the Act depriving a whole nation of arms as the blackest.” [8]

Former Prime Minister Atal Bihari Vajpayee, in his capacity as a Member of Parliament, had this to say as a note of dissent against the Arms Act of 1959 which was being passed by the then Nehru government:[9]

“The present Bill seeks to repeal the Indian Arms Act enacted by the British rulers eighty years ago with a view to disarm the whole nation. Apart from the considerations of safeguarding the Empire, this policy of depriving the whole people of arms was motivated in the main by a sense of deep distrust and an attitude of contempt towards the Indian people. I am sorry to note that even after twelve years of independence, the present Government have not been able to shake off completely the legacy of their predecessors…”

“Since India is not in a position to run into a race of armaments with big Powers, or their satellites, surrounding our boundaries and having hostile and expansionist designs against us, the only course open for us is to arm our people and make military training compulsory for all adult and able bodied citizens.”

Thus, the British colonial mindset was given new life by the Nehru administration. In the past 70 years, this mindset has had a debilitating effect in reducing the morale of the overall population of India.

In comparison to many other countries, India has one of the lowest numbers of civilian firearms. It should be noted that many developed countries like Finland, Switzerland, and the United States with strong, well-functioning state mechanisms often have relatively liberal laws regarding firearms. The country of Pakistan, with a population of 200 million, possesses 43 million civilian firearms. Lebanon has 1.9 million firearms with a population of 6 million. Even though Israel has a mere 6.7 civilian firearms per 100 people, all Jewish Israeli citizens over the age of 18 are compulsorily required to serve in the military. In comparison, India has an estimated total of 71 million civilian firearms out of which a tiny fraction[10] is legally registered with the government which, as of 2017, has given out a mere 3.3 million licenses.[11] Some relevant data for civilian firearms (both legal and illegal) is reproduced below from the Switzerland-based Small Arms Survey of 2017:[12]

One of the side-effects of taking away the right to bear arms from ordinary Indian citizens has been that criminal elements have had free access to firearms using unlawful means while law-abiding citizens have very restrictive legal access to firearms for self-defense.[13] It has been seen that a common thread in all Indian history is that a well-armed citizenry has provided a bulwark against both internal tyrants and external invaders. Considering all these factors, it is high time that the Indian government considers making it easier for citizens to legally obtain firearms for self-defense while also potentially providing enough quality training to ensure safe and responsible usage. Furthermore, following the advice given by Vajpayee in 1959 and seeing the successful example of Israel, it might be also worth pondering regarding making military training compulsory for all adult and able-bodied citizens.

[13] “How the market for illegal weapons is booming in India”

Two-Front War: How Realistic Is A Joint China-Pakistan Attack?

War and dissolution of India