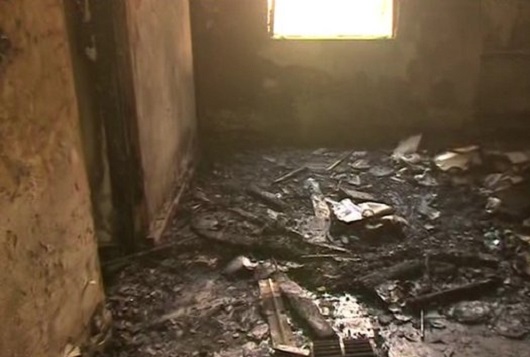 In modern memory, December 16 was the darkest day for Pakistani children. A group of Taliban suicide bombers entered a military-run school in Peshawar and slaughtered 132 children and nine adults. The Taliban claimed responsibility for the massacre and were rightly blamed, yet the ideology of this carnage is authored by the Pakistani military’s Inter-Services intelligence (ISI). Among the analysts of Pakistan affairs, there is consensus that the ISI has created, nurtured and shepherded jihadist groups in order to use them against Afghanistan and India. Testifying before the U.S. Senate Armed Services Committee on September 22, 2011, top US military officer Admiral Mike Mullen described the Afghan Taliban as “a veritable arm” of the ISI.[i]

Both the ISI and Al-Qaeda advocate jihad and establishment of an Islamic caliphate, with the only minor difference being that the ISI wants Pakistan to be the leader of such a global Islamic regime. The ISI, which considers itself as the ideological guardian of the Islamic state of Pakistan, is the final arbiter of Pakistan’s politics and its foreign policy, especially with regard to the United States, Afghanistan and India. As Pakistani people grieve over the December 16 slaughter of their children in Peshawar, it is pertinent here to examine how the ISI has practically taken over the controls of Pakistan’s policymaking this year.

The first indication that the ISI was recalibrating the control of jihadist groups came in September when jihadi commander Asmatullah Muawiya, the emir of Tehreek-e-Taliban Punjab, announced that his group would cease operations against Pakistan. Some Pakistani journalists wrote that Muawiya had surrendered before the military, but practically he had joined the ISI. In a video statement, the Punjabi Taliban chief stated: “We also decided to continue playing a jihadist role against the enemies of Islam and the ummah.”[ii] His ceasefire against Pakistan and continuation of jihad against Afghanistan and India is a perfect ISI strategy. Earlier in the summer, Pakistani analysts celebrated the launch of Zarb-e-Azb operation against the Taliban in North Waziristan, but most of these analysts ignore the fact that before launching the operation, the militants of the Haqqani Network were allowed to leave the area.

The second indication was the sudden emergence of Tariq Fatemi, a noted Pakistani diplomat who had been silent in public space in recent years, except for writing some articles for newspapers. Fatemi was appointed as the Special Assistant to the Pakistani Prime Minister on Foreign Affairs in June 2013, but he hadn’t been making public statements. However, last October, the ISI got him into the Pakistan-India fray. Fatemi appeared for an exclusive interview with the BBC Urdu where he dropped a bombshell in Pakistan-India relations, issuing such statements: “Pakistan will not initiate contact with India for talks”; “Kashmir is the cornerstone of Pakistan’s foreign policy. It always has been and always will be.”[iii]

The context for Fatemi’s statement was the firing across the Line of Control in Kashmir, to which the Modi government’s response was to escalate India’s military response, something which the Pakistani troops were not used to in the past. However, the ISI leadership had been previously unhappy with Prime Minister Nawaz Sharif’s visit to New Delhi to be at the swearing-in ceremony of Prime Minister Narendra Modi on May 26. In fact, the ISI had been extremely displeased with Nawaz Sharif after he spoke of talks with India soon after becoming the prime minister on June 5, 2013. In order to silence Nawaz Sharif with regard to his statements on India, a terror attack was carried out at the Indian consulate in Jalalabad in August, 2013.

The third indication came when the ISI dug out General Pervez Musharraf and inserted him into Indian media to issue anti-India statements to shape an ISI-administered narrative about Kashmir and Pakistan’s foreign policy. On October 16, General Musharraf stated: “We have source (in Kashmir) besides the (Pakistan) army… People in Kashmir are fighting against (India). We just need to incite them.”[iv] Indian journalists who pride themselves in interviewing him should know that it was on the watch of General Musharraf that both the Kargil war and 26/11 were planned. Musharraf, facing treason charges, is very happy to deliver public statements that suit the ISI-authored Pakistani narrative.

[pullquote]Both the ISI and Al-Qaeda advocate jihad and establishment of an Islamic caliphate, with the only minor difference being that the ISI wants Pakistan to be the leader of such a global Islamic regime.[/pullquote]

The fourth indication that the ISI was moving in the direction of asserting total control on Pakistan’s foreign policy came a few weeks after Fatemi’s statement. In mid-November 2014, Fatemi’s boss and Advisor to the Pakistani Prime Minister on National Security and Foreign Affairs Sartaj Aziz called the BBC Urdu for an exclusive interview in which he argued that Pakistan must not target those militants that do not threaten the country’s security. Aziz, who is the de facto foreign minister as the foreign ministry portfolio is held by the prime minister, stated: “Why should America’s enemies unnecessarily become our enemies…. Some of them were dangerous for us and some are not. Why must we make enemies out of them all?”[v] In that interview, he also sounded intentionally dishonest, refusing to accept that the ISI controls the Haqqani Network and stating: “It’s the job of the Afghan government to negotiate with them.”[vi]

Meanwhile, the ISI orchestrated threats to the government of Nawaz Sharif through street protests in Islamabad concomitantly led by Imran Khan’s Pakistan Tahreek-i-Insaf party and Pakistani-Canadian Barelvi religious leader Maulana Tahirul Qadri. According to a Pakistani media report, the Tahrir Square-like mass protests in Islamabad were planned and directed by Lt.-Gen. Shuja Pasha, the former chief of the ISI.[vii] Sensing a serious threat to his government, Nawaz Sharif caved in before the military establishment.

[pullquote]Indian journalists who pride themselves in interviewing him should know that it was on the watch of General Musharraf that both the Kargil war and 26/11 were planned. [/pullquote]

The fifth indication that the ISI was in total control of the government came on November 20 when Sharif himself spoke loudly: “Pakistan will speak with [unelected secessionist] Kashmiri leaders before it enters into dialogue with India.”[viii] Also, a day before the December 16 massacre of children, the Sharif government announced the appointment of Dr. Maleeha Lodhi, a journalist-turned-diplomat known for close ties to the ISI-led establishment, as the Permanent Representative of Pakistan to the United Nations.

The ISI’s control on Pakistan’s policymaking is total. In India, there has been some mass awareness of the nature of the regime in Islamabad, but people in the West are not yet fully aware. In Pakistan, the elected civilian government does not exercise control on policymaking; it is always the military establishment that rules over the country’s politics and foreign policy.

Practically, the leaders who determine Pakistan’s foreign policy and its use of jihadist commanders include mainly the following: Pakistan Army chief General Raheel Sharif who is for all real-world purposes the king of Pakistan, former ISI chief Lt.-Gen. Hamid Gul who continues to seed Pakistan’s policy with regard to jihad in the region, current ISI chief Lt.-Gen. Rizwan Akhtar whose organization creates and nurtures the jihadist organizations, and Hafiz Muhammad Saeed, the founder of the jihadist organization Lashkar-e-Taiba (LeT) and emir of the LeT’s charity arm, Jamaatud Dawa. The Pakistani government recently arranged special trains for the two-day public rally by Hafiz Muhammad Saeed in Lahore, where he issued calls for jihad against non-Muslims.[ix]

In the early hours after the Peshawar school massacre, some naïve analysts have argued that Pakistan’s resolve to fight against the jihadists will be strengthened. Some peace activists have argued on social media that the mass slaughter of Peshawar’s school children offers an opportunity for India and Pakistan to work together to counter the terror groups in the region. However, the Pakistani military is fully capable of unilaterally crushing the jihadism in the region, but it will not do so. Given the nature of the regime in Islamabad which protects some jihadist commanders, persuades many others to work for it and fights those who do not see Pakistan as a sharia-compliant state, it is unlikely that Pakistan will see better days over the next decade.

This is mainly because the Pakistani military’s ISI itself is a jihadist organization like Al-Qaeda and the Islamic State. It operates through terror groups such as the Haqqani Network, Lashkar-e-Taiba/Jamaatud Dawa and the Jaish-e-Muhammad (JeM) whose leader Maulana Masood Azhar is protected in Bahawalpur.

While the Pakistani army conducts the charade of anti-Taliban military operations in Waziristan which are generally meant to obtain funds from the U.S., it openly protects the jihadist hubs in Muzaffarabad, Muridke, Bahawalpur and Rawalpindi. The ISI, which protected Al-Qaeda leader Osama bin Laden in Abbottabad, continues to protect Taliban leader Mullah Mohammad Omar. In recent years, the Taliban commanders, especially those belonging to the Haqqani Network, were found in Rawalpindi, not in Waziristan.

[pullquote]The Pakistani military is fully capable of unilaterally crushing the jihadism in the region, but it will not do so[/pullquote]

Pakistan army doesn’t need to kill thousands of Taliban footmen, it only needs a will to eliminate a dozen militant commanders who publicly roam the streets and Pakistan’s television studios, including Hafiz Muhammad Saeed, Maulana Abdul Aziz, Syed Salahuddin, Fazlur Rehman Khalil, Maulana Masood Azhar, Maulana Ahmed Ludhianvi, among others. Pakistani jihadism is very much visible. In a recent interview, Hamid Gul quoted Oscar Wilde to justify the ISI-led Taliban’s open jihad in Afghanistan and that quote is very much relevant to Pakistan’s situation: “the true mystery of the world is the visible, not the invisible.”