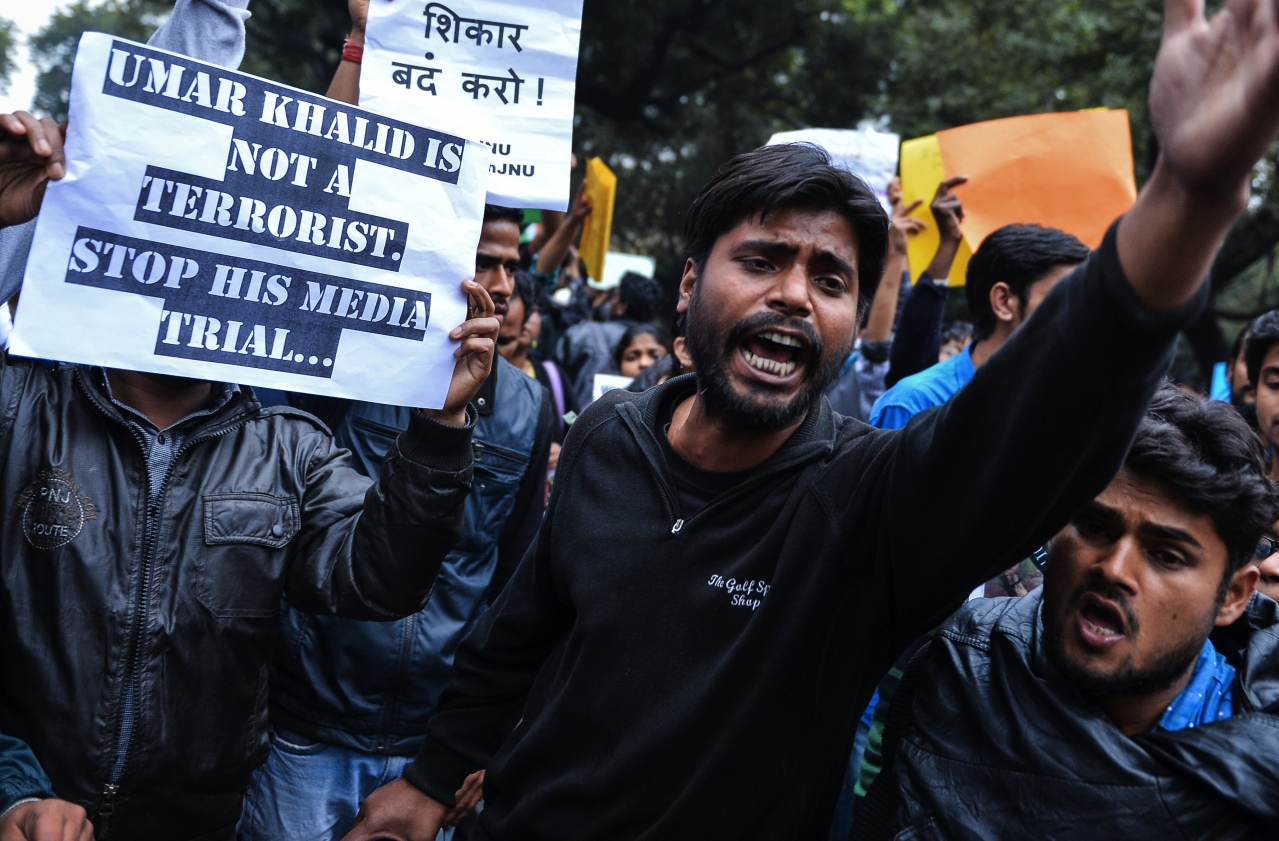 It shocked Hindus: a conference on ‘Dismantling Global Hindutva’, supported by a number of American and Canadian universities. Speakers are the usual leftists, mainly with Hindu names. And of all dates, it is scheduled from September 10-12 — the twentieth anniversary of the 9/11 attacks, and Ganesha Chaturthi on September 10.

The title is brazen, or is it just truthful? Do they now say openly what has been the plan for over one thousand years? The plan to rid the world of ancient pagan cultures? Inca, Maya, Egyptian, Greek, Babylonian… all are gone. Yet Hindus still exist. Hindus still chant the Vedas in their mandirs, still celebrate festivals, still revere great personalities from past ages, and even now take more pride in being Hindu thanks to the realisation that Hindu Dharma is the most profound and the best of all options for real diversity, for the real pursuit of human ends.

This must be painful for the enemies of Hindus. Christianity, Islam, Communism and their faithful followers may have felt that a clear sign is needed: Hindutva must be dismantled globally.

No difference between Hinduism and Hindutva

To obfuscate the issue, a distinction is being made between Hindutva (Hindu-ness) and Hinduism. Hinduism is okay, but Hindutva is bad, as bad as ISIS as it also uses terror to achieve a Hindu Rashtra where minorities have no place, so it is claimed.

It’s a lie. But the media and the leftist academia rely on the ignorance of people and that a lie becomes the truth if it is repeated often enough is something that they know very well, and have practiced for a long time.

The media onslaught in recent years against Hindutva has been unrelenting. The RSS has been compared with ISIS, and Arundhati Roy hinted on Deutsche Welle in February 2020 that the genocide of Muslims by the Hindu-nationalist Modi government had already started! A research scholar from Italy asked me to reply to heavily loaded questions on the RSS, for example — “Why does the RSS draw inspiration from Hitler?”

What can Hindus do against Christianity, Islam and the Left, all of whom drive the false narrative of Hindus being dangerous, and who have a military-style strategy to achieve their goal of dismantling the most benign faith and culture?

Hindus usually believe in the concept of “Satyameva Jayate’” — “Truth alone will triumph”. But this does not mean that we should sit idle and not help truth come to light.

Not wanting to be controversial…

Unfortunately, Hindus seem to have one trait which their compatriots on the left and the converts to the Abrahamic religions don’t share. It is the desire not to be controversial and to be nice to others, even if those others are not nice to them.

This trait developed due to their painful history when Hindus had to lie low in the face of brutal Muslim and Christian oppressors. Yet this trait continued after 1947 and this does not and has not helped India.

It’s time to be clear and truthful, and we must not be afraid to call out the basic faults of Christianity and Islam in a proactive manner.

What are the basic faults?

The most prominent fault is that they got the nature of ‘’the one true God’ or Creator very, very wrong.

This claim of one God is the positive aspect of the Abrahamic religions. They also tell their people, like Hindus do, to have faith and trust in a great God who looks after them if they are “good”. This makes sense and would give children an anchor, if the clergy of those two religions had not made a huge error.

Their texts claim that the one true God is jealous, that he loves only their own group and hates Hindus and other Kafirs. And being “good” means to believe in their book and to be nice to people from their own religion. Others are seen as inferior who will be rejected by God.

For Muslims being good also means to do jihad and submit the whole world to Allah (Q 9.29, 8.39) and for Christians it means to try by hook or crook to convert “heathens” to save them from eternal hellfire.

Christianity is not any longer as blunt as Islam, but the same mindset drives them, too, like “We alone have the truth. God loves us. Unless ‘they’ accept our true religion, ‘they’ won’t be saved. So, let’s help them and finish off their demonic pagan culture…”

This is unacceptable and of course not the Will of “the one true God” whom Hindus call Brahman.

The Human Rights Charter of the United Nations and the Constitution of many countries do not allow anyone to demean anyone on the basis of religion. Yet Christianity and Islam demean all Hindus and others as Kafirs and pagans/ heathens and predict a terrible fate for them in future. Such attitude makes genocide possible.

Driving the narrative instead of being driven

Can Hindus, for a change, DRIVE the narrative, instead of being driven, and to be always and only reacting and defending?

Can we demand that Christianity and Islam drop untrue divisive dogmas and that these dogmas must NOT be allowed to be taught to children? For example, Hindu representatives could submit a petition to the UN or to the International Court of Justice demanding this.

Can we, including well-known Gurus, support courageous people like Waseem Rizvi that many ayats in the Quran are indeed hateful? Or do we still have doubts if they are hateful? If so, please get a copy in a language you understand.

Or do we feel “Let Muslims sort it out among themselves”? Such an attitude is in all likelihood cowardice and not something virtuous or wise.

Can the Hindu panelists call a spade a spade in TV debates and can we also, in talks with friends from different communities, dare to be controversial if truth requires it?

Those who support this conference need to realise that it does not pay to attack Hindus.

And Hindus need to realise that we are alone in this. But we have a great advantage: we have truth on our side. The “true God” is not a despot who wants to roast us in hell.

If only there were genuine debates, like in ancient times… Like between Adi Shankara and Mandana Misra! Christian and Muslim representatives would have no other option but to accept Hindu Dharma, and the dark shadows of the Kali Yuga would end.

Some day it will happen…