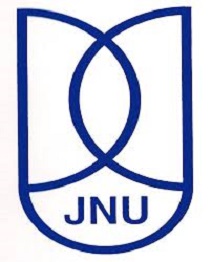 The fourth part of the series of real-life tales from Jawaharlal Nehru University (JNU), often known as the citadel of Indian Marxism, narrated by a former student of JNU.

In JNU there are few hostels in which one section is occupied by boys and another section is occupied by girls. Dining hall and TV room are common for both girls and boys. As every year new students join JNU, one newly married girl got admitted for her M.Phil. She was allotted Sabarmati Hostel which is one of those few hostels where both boys and girls are accommodated.

As newcomers join the campus. they start getting amorous proposals, The married woman was also approached by several men but she declined them as she was already married. Normally people stop making approaches after they get to know about the married part. But not all of the boys have only Love in mind. for some of them it can lead to path of Jihad. One such man continued trying with no success. Then he took help of commies. Comrades would do anything to make this man happy as his community ensured a big chunk of votes for them. Few communist girls would always invite her for meetings and get togethers. It was ensured by them that both Man and married woman would meet daily on different pretexts. Very much like the movie ‘Fifty First dates’. It is ironic that it sounds romantic. Gradually the married woman would spend more time with this man, as they stayed in same hostel, it was easy for them to meet on daily basis.

Community of the man always ensured that he was never short of money or car or good cloths as he was on a holy mission. She fell for the illusion created by him with help of lies. She asked her husband for divorce. She was not ready to hear her parents or anybody at all. She destroyed her support system which would have protected her in situation of distress. The man was Arabic language student with no source of income or any future at all. Many Arabic language Students of JNU end up typing thesis of other students or driving auto rickshaws in Delhi. He never loved her anyway and agenda was already fulfilled, he would pressurize her to sleep with other members of brotherhood who had invested their money earlier. She went into depression, she tried to commit suicide and finally accepted her fate. She became a drug addict and a sex toy of Ummah. Who could she blame for her situation, herself, her naivety and her secular ignorance. What could we do to save her, nothing at all, finally she left campus and I hope she has found some reasons to live a happy life.  She was a bait for comrades for whom she was just a tool to satisfy their vote bank.

A girl’s life is nothing when compared to revolution. And for those who think Love Jehad is a fake concept, don’t blame anybody else when your daughter becomes a victim.