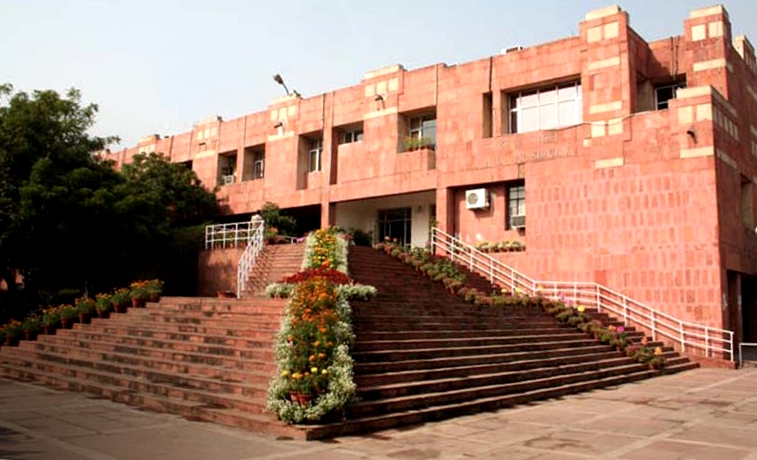 The third part of the series of real-life tales from Jawaharlal Nehru University (JNU), often known as the citadel of Indian Marxism, narrated by a former student of JNU.

Communists believe that revolution begs for sacrifice. That’s the reason they use tribal, dalit, and poor people as guinea pigs to bring about the proletariat revolution. Following the red book in JNU, communists often target young students to work as party cadres. Continuing this rich tradition, SFI (Student Federation of India) recruited a young first year student to work for the party. The boy must have faced a difficult childhood, being born to secular parents, who decided to name him Robert Rahman Raman (or maybe inspired by Amar Akbar Anthony).

His parents must have given similarly secular names to everything. If I had to guess the name of their pet, it would probably be “Ali Always Akdu”. If his parents invite people for some rationalist party, they would surely name the party “Darul Adharmi Sangat” (DAS).

From the very first year in campus. Triple R became a full timer for SFI. Communists comrades would ask this timid personality for all sorts of petty jobs, afterall a revolution needs a waiter too! The guy failed year after year as he could not give time for his studies. Communists would preach him how education meant nothing as far as revolution is concerned. Finally he was thrown out of campus for failing to clear exams. SFI leaders asked him to become active with the state unit of SFI. He would appear in campus every year at the time of Student Union Elections to clean SFI offices, paste campaign posters across the campus, and participate in other sundry revolutionary activities.

SFI gave him a post in CPI(M) Delhi unit [Yes it exists]. Triple R kept working tirelessly for the revolution by serving tea and cleaning the office of other revolutionaries. He claimed to be from the Bhumihar Caste and every year before the JNUSU elections, he and a fellow Bhumihar comrade would make a list of all Bhumihar students in first year and reach out to each of them and play the caste-card to ask for votes during the elections. Vive La Revolution!

Triple R must have been a decent student to have cleared the JNU entrance exams but what is career and other such mundane things infront of fight against the bourgeois. Many such careers are destroyed for the sake of ‘revolution’.

This story is from 2001. At present, Triple R, after some  good advice, has restarted his studies again from DU. After 14 years, he is a student in a European University. Best of luck to him.