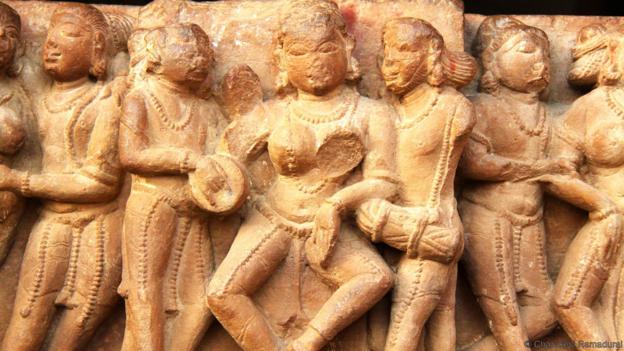 The Hindu view of life is ordered by varna-ashrama dharma and the purusharthas, the four goals of human life. The first gives the context of the community, the second of the stage of life and the third of what the individual wishes to pursue or accomplish. Dharma, Artha, Kama and later Moksha are the four purusharthas of life as envisaged in Sanatana Dharma. We can define a purushartha as an end or goal of life which is desired for its own sake or for the sake of accomplishing yet another end.

This series of articles focuses on Kama but before moving on to a discussion of this and the particular aspect of kama as a practical value for the ancient world it would be useful to briefly consider the dual aspect of the concept of purushartha.

Artha or material prosperity, and Kama or pleasure are related, one could say that it is through Artha that one partakes of Kama; just as it is through Dharma that one realises Moksha. In that sense Kama is the Sadhya or the end and Artha is the Sadhana or the means. This is in the realm of the material world. Dharma and Moksha have the same relationship in the spiritual realm.

Artha and Kama are the here and now of life as seen through the eyes of Sanatana Dharma thus disproving the idea that Hinduism is concerned mostly with spiritual values and has an otherworldly orientation blissfully ignoring the concerns of real life.

To a discussion of Kama then, in the context of men and women and then specifically those women who made it the business of their lives to provide pleasure to those who sought it: the Ganikas of the ancient world.

The reader will eventually read about other aspects of Kama and the Indic world including the Kamasutra in the other articles of the series. Here I will discuss the general application of the principle of pleasure.

My reading of the Kamasutra, one of the many Indic treatises on Kama led me to the conclusion that for the Indic philosopher pondering on the mechanics of living a full life, the deep desire for pleasure existed inside each and every person, what needed to be set down and codified was the harnessing of this energy. The sophisticated , complex focussing of this energy to provide the most intense pleasure to the men and women who were playing in the world of Kama as articulated by sexual union. Kama is not titillation or arousal but the guiding of the power that has already made itself felt.

This polishing of the art of Kama was a very important goal for all adults in society. The age and methods of initiation and practise of the sexual arts have been set down in quite some detail.

Kama was a joyous celebration, a goal to be pursued and a natural extension of the human condition. In the Indic system, there is nothing of the guilt, fear, secrecy and negativity associated with it as prevalent in many other religio-cultural systems. Witness the art, architecture and literature of the ancient world and the obvious celebration of Kama in all of these.

However, the rules of Kama were subservient to those of dharma. If the married couple engaged in sexual activity there were rules for that, if the Ganika or courtesan indulged in it with a man about town there were rules for this because in the larger context all human beings were acting out the drama of life on the path of dharma. Which is why it is famously said that a Ganika who followed all the rules set down for her profession would attain moksha as against a Brahmana who did not follow dharma; he would be condemned to rebirth.

Parenthetically, I must note that the Kamasutra itself I find to be curiously non-judgmental on all practices, even the most outrageous ones. The tone is that of an impartial observer chronicling all practices, all that is done by the practitioners of Kama no matter how bizarre or peculiar or even dangerous they may be.

We cannot talk about Kama without discussing the Ganika, that queen amongst women of the ancient world. The word itself does not translate well. It can be contextually understood as courtesan deluxe. There were many categories of women who used sex as a skill. There was the prostitute, the rupajivika who sold her body on the streets so to speak, the ordinary courtesan, and then there was the Ganika….woman extraordinaire.

Let me quote my own book, Urnabhih, where the protagonist is a Ganika called Misrakesi who ends up working as a spy for the Mauryan state, “Her credentials were impressive. She was not an ordinary veshya, a courtesan; but a ganika, a courtesan deluxe, a class apart. As a ganika she was the most talented, beautiful and virtuous of her compatriots in the Ujjaini Training Academy. She was skilled in all the sixty four arts with dance, music, painting, poetry and languages being her specialities. Her formal education was as good as his, with the Triveda, Vedanga, Anvishaki and Danda Niti all being taught to her apart from the art of writing. Her mental and physical development had been taken to an extraordinary level…”

These Ganikas had an extraordinary role in politics and society; they were pleasure givers, politicians, diplomats, esteemed members of society and in ancient India, they could also retire from the life of a public woman and take up the duties of a householder if they found a man who could tempt them into it.

Pleasure through the exercise of sexual skills was much sought after and the skills carefully and meticulously imparted. Both men and women took pride in these skills and the state could run training academies to impart these skills.

In a theoretical framework, Kama can be enjoyed as any one of the Navarasas but Shringara rasa and Kama have a symbiotic connection. It is an interesting point that contemporary expressions of Kama find expression in other Rasas. The Nava-Rasas are Shringara, Hasya, Karuna, Veera, Bhayanaka, Bibhatsa, Adbhuta, Shanta and Raudra. Today even Bibhatsaya and Bhayanak rasas are deemed appropriate for the enjoyment of Kama. Not so in the ancient Indic past where Shringara and Kama lived through each other.

Shringara is love, longing and desire. It can manifest itself as many different emotions including Vatsalya or Bhakti but it is in sexual union, also separation and longing that it finds its acme of expression. The literal meaning of Shringara is horn or peak, it is the peak or climax of delight borne out of deep feelings aroused and supported by many Vibhavas or emotional responses. These feelings can be aroused by the season or ritu, art, music, painting, sculpture, literature, poetry and any other aspect of culture that can be imagined.

Cast a mental eye also over the cornucopia of textual riches leaving aside the obvious example of the Kamasutra, the earliest known manual of the sexual arts. Literature, both prose and poetry is particularly rich and points to the importance and centrality of kama in Indic society. From Bhartihari’s Shringaara Shataka to Allasani Peddana’s Swaarochisha Manu Sambhavam, the plays of Kalidasa and Bhasa, Kama is an ever present strand in the opulent and sparkling tapestry of life.

The stories of our Dashavataars, the Puranas and the oral traditions sparkle with beautifully crafted episodes of Kama in Shringara Rasa. This illustrates the centrality of the pleasure principle to our lives.

Let me conclude with one of my favorite episodes of the exquisite exposition of Kama through Shringara Rasa in the Sundara Kanda of the Valmiki Ramayana.

Hanuman ji has found Seeta ji in the Ashoka Vatika and delivered Shri Rama’s ring to her with a promise to fight Raavan and free her from captivity. He asks her for a message to prove her identity to her husband. She recounts to him an interlude with Shri Ram on the Trikut Mountain, a romantic interlude which no one but she and her husband would be aware of. The description of Seeta ji as she suffered from Viraha in the Ashoka Vatika, Hanuman ji’s description of Shri Rama as he suffered three kinds of Viraha and the wrenching story of their visceral longing for each other are an exemplar of the love and longing inherent in Shringara Rasa. The description is earthy and sensual, a meshing together of the human and the divine and hits the listener/reader with emotional intensity and an understanding of what Kama means as a part of life. No one can remain unmoved on reading this episode.

Kama then is a part of life, of the force of nature and divinity. As the Kamasutra says when the wheel of sexual ecstasy is in motion in this creation there is no textbook and no order; there is only this force. Who understood this better than ancient Indic society?