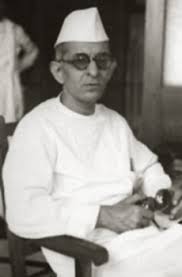 On this day about seven decades ago a momentous event took place in the history of Independent India as the Indian Army through their valor and meticulous preparation, made the process of Hyderabad joining the Indian Union successful. This process known as Operation Polo came to an end today with the forces of the Nizam surrendering to the Indian Army.

But today we should also remember with admiration the deftness of one Kanhaiyalal Maneklal Munshi who was stationed as the trade agent (Agent-General) of India in the princely state of Hyderabad. Reproduced below are relevant excerpts from V.P. Menon’s “Integration of the Indian States”, regarding Munshi’s precision:

In accordance with Article II of the Standstill Agreement (which the Nizam had signed with New Delhi) the Government of India appointed K M Munshi as their Agent-General in Hyderabad. I did not then know Munshi very well; but I had particularly been impressed by the way in which, as Home Minister in Bombay from 1937 to 1939, he had handled the communal situation there. When we informed the Government of Hyderabad of Munshi’s appointment, the Nizam made certain conditions. First of all he wanted Munshi to be no more than a trade Agent.

I replied to Laik Ali (whom the Nizam had appointed President of his Executive Council on the advice of Kasim Rizvi) drawing his attention to Article II of the Agreement under which the functions of the Agent-General were certainly not confined to trade. A trivial but nonetheless significant dispute arose over the question of the accommodation that was to be provided in Hyderabad for Munshi, the Nizam refusing to give him even temporarily, till he found accommodation elsewhere. Ultimately two of the buildings belonging to the Indian Army were placed at the disposal of Munshi and his staff…….

Even with his life at risk Munshi kept the then Union Home Minister Sardar Patel informed about the doings of the Hyderabad state. The information provided by Munshi in a summarized form is cited in Integration of the Indian States:

Supported by the Razakars, the ruling clique in Hyderabad was now in a militant mood. The Nizam’s advisers, it was reported to me, had assured him that if India resorted to any economic blockade it was not likely to be effective, as Hyderabad could easily stand on its own legs for the next few months, during which time public opinion in the world could be mobilized in its favour. India was stated to be very weak and to be incapable of military action now or at any time. All the Muslim countries were friendly to Hyderabad and would not permit any military action to be taken against it. The Hyderabad radio went to the extent of announcing that if there was a war against Hyderabad thousands of Pathans would march into India…… Kasim Razvi who seems to dominate Hyderabad has categorically stated that if the Indian Dominion comes to Hyderabad it will find nothing but the bones and ashes of the one and a half crores of Hindus….

It was based on the specifics provided by Munshi that Sardar Patel finally took the bold decision to formulate and give green signal to ‘Operation Polo.’ Munshi’s meticulousness in making the process successful was acknowledged by Sardar Patel himself:

“On behalf of the Government, I wish to say that we are deeply conscious of the high sense of public duty that induced you to accept this office and the very able manner in which you discharged the duties entrusted to you which contributed in no small measure to the final result.”

It is because of risks taken by men like KM Munshi that Hyderabad can be seen in the map of India .