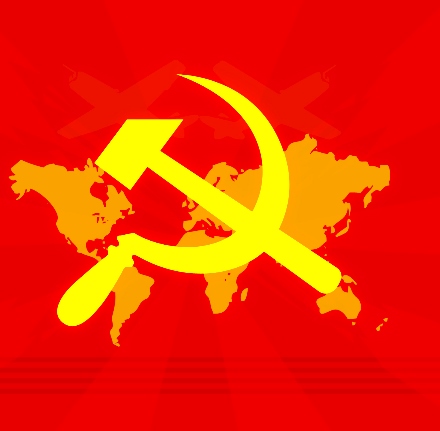 It has been some time that we have been hearing that the ‘economy has bottomed out.’ When something bottoms out, the only direction it moves towards is upwards, but that, unfortunately, is not happening to our growth. According to the advance estimates released by the Central Statistics Office (CSO), the gross domestic product (GDP) is expected to rise 4.9 per cent in the current fiscal as against 4.5 per cent in 2012-13. This is certainly not ‘bottoming out.’

Consider two laggards, mining and manufacturing. The former is likely to contract 1.9 per cent this fiscal; worse, this contraction is against a decline of 2.2 per cent in 2012-13. Manufacturing is expected to go down 0.2 per cent this year over an almost flat growth (1.1 per cent) in the last fiscal. Typically, it was the services sector that is doing well. “Financing, insurance, real estate & business services” is likely to growth at 11.2 per cent in 2013-14, against an impressive 10.9 per cent in the last fiscal. But this sector does not employ very large number of people.

The biggest employer, the farm sector, did have a good show, 4.6 per cent, but then it was on a low base, 1.4 per cent in 2012-13. On the whole, with sub-5 per cent growth in two continuous years, the economic scene is dismal.

It is easy to find scapegoats, the most common being the Reserve Bank of India (RBI). The tight money policy of the central bank is well known; the previous RBI chief was criticized by many for being too dogmatic and rigid, for being too inflation-focused, and for being insouciant about the concerns of business. The present incumbent, too, has not shown any conspicuous enthusiasm for ushering in a low interest rate regime. Fact, however, is that the role of RBI, if there is any, in slowing down the economy is minimal. The real factors are in the climate of opinion and in the policy- and decision-making domain.

The political class, however, is often loath to examine the real causes. Worse, there is sometimes a kind of fatalistic complacency, a contradiction in terms it may appear though. We weathered the 1991 crisis; in fact, we emerged stronger with economic policy undergoing a metamorphosis. The 1997 East Asian crisis and the 2008 global financial meltdown, too, did not hurt us much. Ergo, something good would happen again. Subsidies are mounting and the fiscal deficit is worrisome, business confidence is dipping, investors (including domestic businessmen and public sector undertakings) are avoiding India… but somehow, we’ll get out of the mess.

A closer scrutiny of the situation, however, reveals a grim scenario. For this time, things are fundamentally different. The Left turn that India took in the last few years is responsible for the present mess. Worse, the turn is not restricted to a few policies that can be revised by this or the next government: big state enthusiasts have also made the future bleak by laying down landmines in the domain of economic policy. They peddled the narrative that all ills in the country were the result of the opening up of the economy, the freedom enjoyed by business people, and the reducing state role in the economy. In their scheme of things, unbridled public spending is good, private enterprise is evil, and the 1991 liberalization was the original sin. They always champion the causes of the poor, ‘the excluded,’ the environment. And this is how they lord over public discourse.

The ascendance of Leftist theory and practice has had deplorable consequences for the public exchequer, the economy and economic policy. The fiscal deficit in absolute terms has zoomed from Rs 1.39 lakh crore in 2004-05 to Rs 5.43 lakh crore this fiscal (budgetary estimate). This is despite the high growth rate attained in the mid-2000s and better tax compliance.

The non-fiscal consequences are equally, if not more, hurtful. Resource crunch made the government desperate for revenue. It is now desperately squeezing PSUs to keep the deficit in check.

The rainbow coalition of professional radicals, green activists, bleeding hearts, and downright Luddites has not only strained the coffers but also made normal business activity a painful process. Posco’s trials and tribulations, the largest foreign direct investment in India, are emblematic of the hurdles activists present to industry.

More than business, it is the worker who is bearing the brunt of bad policies that have resulted in slowdown. For instance, millions of employees in the textile sector—the largest employer in India after agriculture—have been laid off. This is what the anointed revolutionaries have done for the ‘marginalized.’

But the anointed are absolutely unconcerned about such developments. For lesser mortals like us, seeing is believing; for them, believing is seeing, and they believe in the Theory. We see that when there is development, the rich and the poor, the industrialist and the worker prosper together; but the Theory supports a zero-sum class war and, therefore, the reality has to be like that. They don’t allow the trivial matters like capital flight, lay-offs and downgrades by rating agencies to shake their beliefs.

They are not only doctrinaire but also unrelenting. Howsoever sound may be the arguments for industrialization and economic development, they will persist with their discredited ideologies and ideas.

It is unfortunate that dogmatic activists are taken too seriously by policy and opinion makers. Unless the governments at the Centre and in states take on the professional revolutionaries, it would not be possible to revive the economy. And this will not happen ‘somehow.’