Lessons from the Story of Lord Hanumana 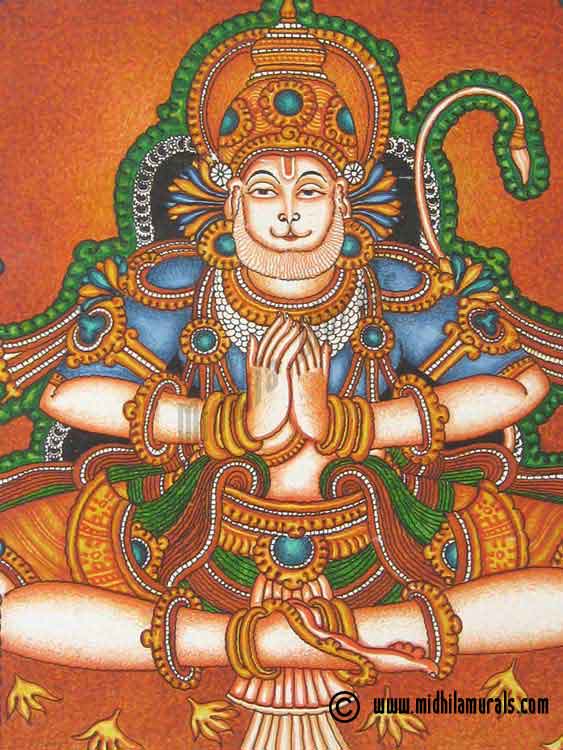 Our mythology is replete with rich metaphors that contain valuable insights on how we can successfully negotiate the turbulent waters worldly existence. They need to be understood metaphorically as well. To understand them literally is to lose the message contained in them. The blindness of King Dhrithrashtra is not merely physical: he was blinded by his love for Duryodhana (attachment), which he placed above all else, including dharma. That was the key to his undoing.

Consider the case of Hanumana, son of Vayu, the “wind god.” As a child, he tried to swallow the sun! Full of mischief, he used to play pranks on sages involved in their austerities until the day came when they could bear it no longer. They cursed him by declaring that he would no longer remember his celestial powers.

When his father Vayu heard of the curse, he restrained all movement in the universe.The world began to suffocate as it is impossible to survive without wind. The Gods rushed to him and beseeched him to revoke his stand. But Vayu refused and declared that until the curse on his son is revoked, he would not budge.

The Gods approached the sages and understanding the gravity of the situation, they relented by declaring that if anybody recalled his powers, they would be restored to Hanumana. Only then did Vayu relent and the universe returned to its original state. Years later, when Sri Rama was seeking the whereabouts of his beloved Sita, he asked Hanumana if he could cross the ocean and visit Lanka to find out if Sita was alive and well.

Hanumana was in a dilemma; how could he cross the ocean? Just then Jambavan, the king of the bears, began reciting Hanumana’s exploits as a child and it is said that as he was singing his praises, Hanumana rose in height, beauty and splendor. His confidence thus restored, he crossed the ocean without difficulty and returned after having performed some extraordinary exploits in Lanka.

In the matter of devotion too, the figure of Hanumana is both inspiring and uplifting. They say in Kali Yuga, devotion is fastest means of achieving merger with the Supreme. When gifted with a garland of pearls by Sita Devi, he placed it upon his ear and bit into it with his teeth. When Sri Rama who was quite taken aback by this behavior asked him what he was doing, he replied by saying, “I want to see whether I can see Your form in these pearls. Otherwise they are of no use to me. Your Name alone is what I want.”

On hearing these words, it is said that Lord Rama embraced this peerless devotee and said: “Maruti! What other gift can I give you? I shall give you Myself as the gift. Accept Me.” This is why it is said that we can be sure of Rama’s presence through Hanumana. It is also said that Lord Rama conferred upon Hanumana the gift of immortality and said that as long as His name survived in the world, the name of Hanumana would survive with Him.

Lord Krishna once asked Garuda, His mount, to bring some lotus flowers from the garden of Kubera, king of the yakshas. On the way, Garuda’s ego began to inflate and he thought how there was nobody who was equal to this task than him in the entire universe. Pleased with himself, he reached the garden and began plucking the flowers.

Hanumana saw Garuda picking up the flowers and reprimanded him for taking the flowers without securing Kubera’s permission. Bloated by his ego, Garuda replied: “I am taking these flowers for Lord Krishna. I do not need any permission.” Hanuman was annoyed. He caught Garuda in his grasp and headed directly for Dwaraka. The earth trembled in panic. The Lord’s Sudarshana chakra stood in his way but he caught hold of it and held that too, in his armpit.

The Lord was watching Hanumana’s actions with a bewitching smile and told his companions: “Hanumana is in a state of anger and he can be pacified only by the darshan of Rama and Sita, his consort. Otherwise he will lift Dwaraka single handed and drown it in the ocean.”

Lord Krishna asked several of His consorts to assume the form of Sita but none of them could accomplish that transformation. They eventually called upon Radha Devi and both Lord Krishna and Radha Devi immediately assumed the form of Rama and Sita. Hanumana was overjoyed when he saw the divine couple. He prostrated joyfully to Rama and Sita even as he was firmly holding Garuda and the Sudarshana chakra under his arms.

Lord Rama then asked Hanumana what he was holding under his arms and Hanumana gave the Lord, the following reply: “This is nothing my Lord. It is but a small matter. While I was engaged in doing my japa, a little bird came and disturbed me. I caught hold of it and kept it under my arm. Then a little chakra came and disturbed me and I kept that too under my arm. My Lord! If you wanted lotus flowers, all you have to do is to command me and I will bring it in as trice.” 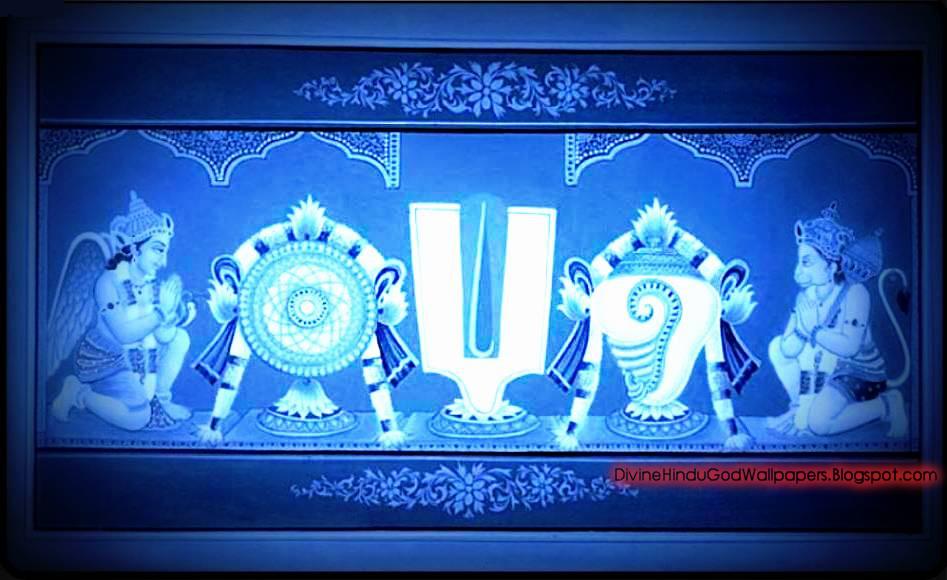 A pictorial depiction of Garuda and Hanumana worshiping the symbol of Vishnu.

Pointing to Garuda, Hanumana said: “This weakling does not have the capacity to pluck flowers from the garden of such a mighty king as Kubera.”

Lord Rama then addressed Hanumana: “My son. Leave these poor things with me. I am very happy that you brought them to me. Now go and resume your japa.”

Garuda thought he was all powerful and the Sudarshana Chakra thought it was invincible. Lord Krishna’s consorts thought their physical beauty would suffice to make the transformation but they could not.

In one powerful instance, the Lord taught them all the need to eschew the ego and surrender it to His sacred feet. Such was the nature of Hanumana’s devotion: pure, innocent and utterly without guile.

The wonderful story of Hanumana teaches us many valuable lessons. He was able to cross the sea by the power of chanting His name; his first thought was victory to Lord, never for himself. It was always Jaya Sri Rama or “Victory to Lord Rama” on his lips.

From being a monkey, he became an unparalleled devotee of the Lord. This is an instruction to human beings to conquer their monkey minds or as the late Satya Sai Baba said, from being a pashu (creature) to becoming a pashupati or the Lord of all beings. It teaches us the value of expanding our minds to outgrow our difficulties by embedding the inestimable value of devotion and surrender.

The Neuro-Cognitive Science of Itihasa and Purana