Maha Charade in the name of Social Welfare 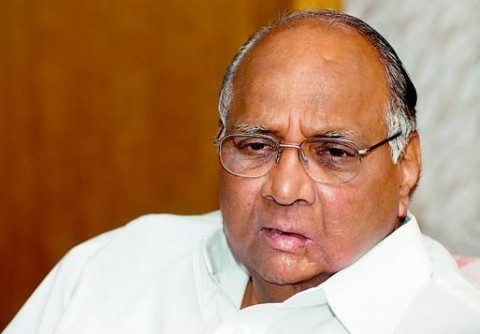 On 25 June, 2014 the state government of Maharashtra announced its intention to give 16 per cent reservations to Marathas and five per cent to Muslims in employment sectors of the state government as well as educational institutions. They backed their announcement by creating a new category termed ‘economically and educationally backward’ communities. After this announcement, the overall reservation in Maharashtra now stands at seventy three per cent, just one percentage point more than in Tamil Nadu. Both these figures go against the fifty percent ceiling set by the Supreme Court.The intention of the state government can be best understood by this statement made by Sharad Pawar, President of the Nationalist Congress Party (which is part of the ruling alliance in Maharashtra) to a Marathi news channel:

“We are not a bunch of saints, and if we are going to get political advantage for giving reservations to Marathas and Muslims, then so be it.”

This is as brazen as it can get but given how both political and public discourse have deteriorated to abysmal levels over the years, nothing should shock us anymore.  Sharad Pawar’s statement simply implies what this new “policy” aims to garner: political advantage by pandering to the Muslims and Marathas, and in the process further splintering the society. With the state Assembly elections due in October-November, the Congress-NCP government is desperate to retain power and not repeat its dismal performance in the recently-concluded Lok Sabha elections where the alliance won only six out of 48 seats.

Reservations in India were formulated to get rid of disabilities certain social groups have suffered as a result of discriminatory social structures in the past. Loosely, this can be likened to ‘Affirmative Action’ in the USA. In India, as reservations were envisaged originally, these social groups are stated to be the Dalits and sections of the Other Backward Castes (OBC) who have suffered caste-based prejudice for prolonged periods in history. Sadly, in certain parts of India caste discrimination still exists. However, more often than not, these issues have become completely politicized only to reap electoral benefits.

In 2008, the Congress-NCP alliance suggested granting OBC status to Marathas. But the Maharashtra State Backward Class Commission, led by retired Justice RM Bapat, rejected the proposal. The government played it safe by neither rejecting nor accepting the report. So far only the Kunbi sub-caste among Marathas are classified as OBCs and can avail of the government sanctioned OBC quota.

As stated in this Livemint report between 1962—when Assembly elections for the newly-created Maharashtra state took place—and 2004, as many as 2,430 individuals were elected as the members of legislative assembly (MLAs), out of which 1,336 were Marathas. Out of 200 sugar factories in Maharashtra, 170 are controlled by the Marathas.

According to scholars, the Maratha community was formed by bringing together several royal clans that settled in the region from different parts of India. These Marathas trace their lineage to warriors of the clan of Chhatrapati Shivaji Maharaj, the warrior- king of Maharashtra who fought against Mughal tyranny in the 17th century.  Following the defeat at the hands of the British a century later, bulk of these Marathas engaged in agricultural activities which led to land ownership. For long in Maharashtra (both before and after 1947), Marathas dominated the political scene which was a result of land ownership and a historically nurtured sense of identity.

Following the formation of the state of Maharashtra, the Congress party for their electoral purposes, interpreted the social stagnation in Maharashtra as a conflict between Brahmins and the rest, thus combining Marathas with the Dalits. This strategy faced minor obstacles in the Mumbai-Thane belt after the significant emergence of Shiv Sena in late 1960s, which aimed to bring all Marathi speaking people under the banner of ‘Marathi Manoos’.  But the Sena movement in the 1960’s was limited to Mumbai.

However, this old strategy was weakened substantially after the Mandal Commission report of 1980, which classified Marathas as a ‘forward class’. In the 1990s, the division caused by Mandal report as well as the rise of Shiv Sena’s political clout caused the poor among Marathas to incline towards them, making it problematic for the Congress.

Some observers suggest that the latest decision is the state government’s way of compensating for their inability to tackle the drought related difficulties, most notably farmers’ suicides. With several districts of Maharashtra facing severe drought in the last decade, farm production has fallen. This added with state government’s slow response to tackle the aftermath have caused great harm to the farming community, which is predominantly Maratha.  Therefore, for the state government, handing out doles seems to be their way of shirking responsibility yet again.

Regarding the Muslims, many social scientists claim that like the Hindu society the Muslims are also stratified into different castes and those deemed socially downtrodden are placed in the lower rungs of the Muslim caste hierarchy. Despite Islam’s insistence on the equality of all Muslims, the caste identities of the Hindu converts to Islam in India were never wiped out. This is why certain Muslim lower castes are included in the OBC list of the Centre and States. This is enough proof to debunk the notion that Hinduism is casteist while Islam is a faith promoting equality.

The numerous Islamic institutions under the supervision of the Deoband ulemas and the Waqf Board should take steps to tackle this case as reservations cannot be extended to an entire religious community.  This would go against Article 15, Section 4 of the Constitution. The state government is claiming that only the poor among the Muslim community will get reservations. However they don’t mention how elite Muslims can be prevented from working their way into the quota system.

There is a possibility that this move of the Maharashtra government will not stand legal scrutiny—indeed, the Bombay High Court is currently hearing a PIL against the government’s decision. But the desperation of the Congress-NCP government was seen last month when on 9 July, Governor K Sankaranarayanan signed a notification paving the way for the policy to be implemented. I am personally in favor of assisting the needy and discriminated social groups by any means possible provided it does not violate the constitution. The advocates of such policies should see that they actually help those groups which are really economically and educationally backward, and not just those who are electorally appealing.