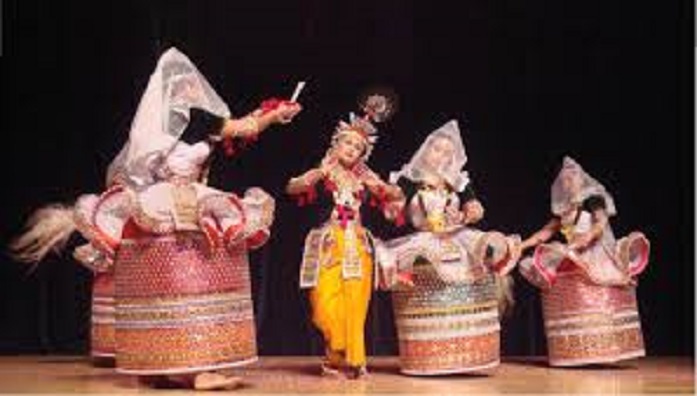 The state was recently in the news for the ambush of an Army convoy comprising soldiers of the 8 Dogra Regiment on 4 June 4 2015 in Chandel district, which led to the death of 20 soldiers and injuries to 11. The National Socialist Council of Nagaland (NSCN) Khaplang faction claimed responsibility for the ambush, along with Metei insurgent outfits.

Before we examine the reasons for the conflict in Manipur, let us briefly engage with the history and geography of Manipur, a background of which is necessary to understand the troubles in the state today.

Despite what naysayers may claim, Manipur finds mention in the Mahabharata. As per the epic, Chitrangada, one of Arjuna’s wives was from the kingdom of Manipura. This interesting tale was taken by the Nobel Laureate Rabindranath Tagore, who wrote a dance drama on it. The Manipuris, or the Meitei people, have a rich history and culture. There are many theories about the origin of the Meitei people, but many anthropologists and historians believe that they are Tibeto-Burmese people who came and settled in the Imphal valley.

Manipur is also home to numerous tribal people, like the Nagas, Kuki, etc. who primarily reside in the Hills. While Manipuris are mainly Hindu Vaishnavites with emphasis on the worship of Lord Krishna, the tribals over the years have become predominantly Christian. While there are records in the Puranas that relate the prehistoric forms of Vaishnavism or Bhagavatism in the area of present state, the modern history of Vaishnava practices in Manipur started with a king of the Shan kingdom of Pong gifting a murti of Vishnuchakra (the disc of Vishnu or Krishna) to Kyamaba, the King of Manipur. After this, since the 1470s, the kings of Manipur started worshiping Vishnu.

Many Brahmana priests from the west, and main areas of India came to Manipur and settled there. The account of the arrival of the members of Brahmanas is found in the records of the book Bamon Khunthock. King Kyamba (1467–1523) built a Vishnu mandir in Vishnupur, a notable architectural monument.

In 1704, King Charai Rongba was initiated into the Vaishnava tradition and since then Vaishnavism became the state religion. This consolidated the cultural contact with India even further. King Gareeb Nivaz was ruling from 1709 to 1748 and he was initiated into Vaishnavism of the Chaitanya tradition by the followers of Narottama Dasa Thakura, who worshiped Krishna as the supreme deity, Svayam bhagavan. He practiced this religion for nearly twenty years. Preachers and pilgrims used to arrive in large numbers and cultural contact with Assam was maintained. It is believed that the wave of devotion that turned the entire kingdom Krishna-conscious took place during the reign of Gareeb Nivaz’s grandson Bhagyachandra.

Christianity was introduced during British times with the consequence that the hill tribes in the state became Christian. This distinction is also important because it is connected to the geography of the state as well. Manipur is also important in the Indian freedom struggle as the Indian National Army (INA) fought battles against the British forces during World War II. For details about the people of Manipur, head here. For the latest census data, see this.

Manipur consists of the Hill districts and the Imphal valley. The hill districts host the Christian population while the Valley is largely Hindu and inhabited by Meitei or Manipuri. An interesting factoid to note is that Manipur is a landlocked state, with the valley dependent on two national highways—the Imphal-Jirbam-Silichar, and the Imphal-Dimapur-Guwahati. The latter is especially important as it is better as compared to the former and is the lifeline of the valley.

Manipur was incorporated into the Indian Union in October 1949. The circumstances of the integration caused heartburn in the valley. Also the fact that full statehood was only conferred on Manipur in 1972, even after Nagaland. One can read about the details elsewhere, but here, it is sufficient to know that there exists an element on dissatisfaction among the Meiteis with respect to the Government of India. However, instead of delving deep into history, we will examine certain factors that contribute to the feeling of alienation among Meiteis and factors that instigated to cause this disenchantment.

While the Nagas, and the other hill tribes, who are Christian, have been given Scheduled Tribe status, the Meiteis, who are largely Vaishnavites, do not get the benefits of reservation. This causes heartburn among the Meiteis, who allege that this allows the tribals to dominate the state administration.

Secondly, there is a feeling among the Meiteis that the Government of India is more attuned to the demands of the Naga insurgents, including their dream of greater Nagalim, than that of Manipur proper. The government is in a ceasefire with the main Naga insurgent group NSCN (Isaac-Muivah) for more than a decade. The NSCN-Khapang was also in a ceasefire but has walked out of it. While the government has not committed itself to greater Nagalim, perceptions matter and the feeling in Manipur is that the government may accede to the NSCN-IM, whose leadership has numerous Tangkhul Nagas, who are residents of the Hill districts.

The fact that the hill tribes and the organizations that represent them declare blockades against the Imphal valley, driving up the cost of daily articles, including gas, medicines etc, while the Centre seems to be doing nothing, also contributes to the anger. There are two factors that have not been properly investigated but should be done, as they have a strong bearing on the situation. The first is the attempt to revitalise or revive the pre-existing Sanmahi religion to which some Manipuris adhere, in place of Vaishnavism, and the change in the script, which was Bengali-based.

It is indeed surprising that the Sanmahi movement has arisen. It is very well possible that there are elements behind it that have not been investigated properly. There are hardly any movements among the Christian tribes of Manipur, and elsewhere in Christian coverts in the North-east to go back to their ancestral religion. It seems puzzling why some Manipuris want to deny their religio-cultural links to the rest of India.

Linked to this is the script issue. Between 1709 and the middle of the 20th century, the Manipuri language was written in the Bengali alphabet. During the 1940s and 50s, Manipuri scholars began campaigning to bring back the old Manipuri alphabet. In 1976, at a writer’s conference, all the scholars finally agreed on a new version of the alphabet containing a number of additional letters to represent sounds not present in the language when the script was first developed. The current Manipuri script is a reconstruction of the ancient Manipuri script. Such issues have also arisen among the Bodos, Santhalis, Goans (Konkani), where the Christian converts refuse to use scripts based on Devnagari.

Insurgents in Manipur have also imposed bans on showing Hindi movies in the state, and have tried to impose dress codes on the public. Sporadic killings of ‘mainlanders’ have been carried out, with some insurgent organizations demanding that all such people leave the valley. The main aim of insurgents is to destroy any links between the Imphal valley and the rest of the country.

There is no denying that there are faultlines within Manipur, and between the Imphal valley and the rest of India. However, unlike Naga insurgents, who have been secessionists all along, Manipuri insurgents, have acted more as barometers of dissatisfaction at times, and espoused secession at times. We need to ask ourselves as to who are fishing in troubled waters. We need more clarity to understand if certain segments are behind moves to alienate the Manipuri population and completely sever their socio-religious links with the rest of India.

Also note that like Nagaland, the Baptist Church has numerous adherents in the Hill District. There have been allegations about the Baptist Church giving a boost to the Naga secessionist movement. This should be read along with the fact that the NSCN-Khaplang, which claimed responsibility for the ambush in Chandel district, believes in ‘Nagalim for Christ.’ It is indeed a matter of concern that Manipuris feel alienated from the rest of India. Unlike the others, they firmly belong to the Ramayana-Mahabharata tradition.

The latest census (2011)  figures for the religious demography of the Imphal valley are not yet out.  With Pentecostal and Evangelical movements strongly present in North-east like the rest of India, significant changes in the religious demography cannot be ruled out. To those who want to get a very basic acquaintance with the North-east region, I would suggest easy to read books by Subir Bhaumick.

The unravelling of India

The calamity that is Mamata Banerjee