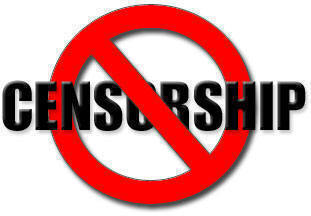 The evil that men do lives after them, said Antony in Julius Caesar, but the good is oft interred with their bones. Thankfully, what is true about men is not true about regimes. The Congress-led United Progressive Government (UPA) did not do any good, so there is no worry about it getting interred; however, it has been the cause of a great deal of evil. So, it is the duty of the Narendra Modi government to bury that without any delay. Section 66-A of the Information Technology Act is an example.

Devu Chodankar, a 31-year-old shipbuilding professional from Mumbai, faces arrest as a first information report or FIR has been filed against him for anti-Narendra Modi remarks that he posted on Facebook in March. Coming on the heels of Modi’s victory in the general elections, the episode has once again highlighted the damage the notorious section is capable of causing. And, of course, it has also given a new lease of life to the usual allegations that liberals make against Modi.

It may be instructive to recall why 66A came into being in the first place. When the Congress-led government in New Delhi started undoing economic reforms, implementing mindlessly populist schemes, indulging in shameless corruption, and appeasing Muslims, there was a huge backlash in the social media. The mainstream media was suitably tamed. The question was: what to do with the social media?

So, rattled by incessant denunciation on the Internet, the government amended the ITA, 2000 in 2008, and introduced Section 66A. According to this draconian provision, any person who electronically sends:

a) any information that is grossly offensive or has menacing character;

b) any information which he knows to be false, but for the purpose of causing annoyance, inconvenience, danger, obstruction, insult, injury, criminal intimidation, enmity, hatred or ill will, persistently by making use of such computer resource or a communication device;

c) any electronic mail or electronic mail message for the purpose of causing annoyance or inconvenience or to deceive or to mislead the addressee or recipient about the origin of such messages.”

Notice the wide gamut of the grounds that can be used to gag free speech. If a journalist exposes the scam executed by a minister, the latter will surely be offended; so, the scandal-exposing journalist could be in trouble, not the crooked politician. Worse, even something as innocuous as a critical edit on the policy of a government functionary can be the cause of annoyance to the subject; again, the critics may land up behind bars, for punishment for the crime could extend to three years with a fine.

The Amendment has severely curtailed the freedom of expression. The OpenNet Initiative (ONI), an international project to monitor and report on Internet filtering and surveillance practices by nations, said in 2011 that India was engaged in “selective” Internet filtering in the political, conflict/security, social, and Internet tools areas. According to ONI, India is a “stable democracy with a strong tradition of press freedom, [but the country] nevertheless continues its regime of Internet filtering.”

In March 2012, Reporters Without Borders put India in its list of “countries under surveillance.”

In its 2012 report, Freedom House categorized India as “partly free.” Freedom House is a prestigious American non-governmental organization that conducts research and advocacy on democracy, political freedom, and human rights. On a scale from 0 (most free) to 100 (least free), India had a score of 39. In 2011, the score was 36. Which means that considerable freedom was eroded in a year.

This was not surprising because the government, in April 2011, instituted Information Technology (Intermediary Guidelines) Rules, which imposed strict conditions on intermediaries such as Internet service providers (ISPs) and social networking sites; they were supposed to remove “offensive” content within 36 hours on individual complaints. The rules made the already draconian provisions of ITA, 2008, even more stringent. Anything that was deemed “disparaging,” “harmful,” “blasphemous,” “pornographic,” encouraging gambling, infringing on proprietary rights or threatening “the unity, integrity, defense, security or sovereignty of India, friendly relations with foreign states or public order,” was brought under the ambit of the 2011 rules. The vagueness of rules augmented the sphere of discretion of law-enforcement agencies.

In December 2011, Communications Minister Kapil Sibal openly started talking about prescreening Internet content. His officials were pressuring ISPs and social media sites, including Google and Facebook, to “prescreen user content from India and to remove disparaging, inflammatory or defamatory content before it goes online.” Senior executives at these companies were in regular touch with Sibal’s ministry. Sibal reportedly urged these companies “to use human beings to screen content, not technology.”

At a press conference he said, “We have to take care of the sensibilities of our people.” By which he meant his own party’s sensibilities, for Sonia Gandhi and her son Rahul, along with other Congress grandees like Digvijay Singh, were regularly being lambasted and lampooned on the Net. Sibal, however, provided the gloss of culture to his government’s nefarious designs: “Cultural ethos is very important to us.” A Goebbels disagreeing with Goering!

Narendra Modi has ended the inglorious regime of Goebbels, Goering, and other unscrupulous elements. Now he should also put an end to the illiberal rules and regulations that the Sonia Gandhi gang had thrust upon the people of India.

Narendra Modi is aware of the (generally) good role played by social media. Immediately after the elections were complete, he had said on May 12, “Wherever I went it was a delight to interact with local people. Social media also helped me understand their sentiments.” Further, he tweeted, “Due to social media, and false promises of several leaders could not go beyond the podiums of their rallies! More power to the social media.”

Narendra Modi should ensure that. The evil of Congress’ deeds should be interred.