A Nepal agenda for Narendra Modi 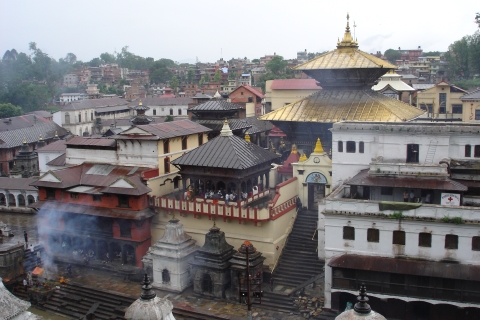 It is indeed good news that Prime Minister of India, Narendra Modi will be visiting Nepal during which he is expected to announce a major economic assistance package for Nepal. After creating a positive impression during his recent visit to Bhutan, this step could be seen as part of a more sensible foreign policy of the new government with regards to India’s South Asian neighbors.

Even though certain foreign policy experts in the past and even now underemphasize the realm of Indo-Nepal relations, they choose to ignore the fact that many of Nepal’s problems are related to its permeable border with India and vice-versa.

Another point ignored by these ‘experts’ is the unfortunate case of resentment many average Nepalese display towards India. A significant section of the Nepalese masses intently believe that a bulk of all that is wrong with their country, from a gloomy financial scenario to the anarchy caused by Maoist forces are consequences of messed up policies of India with regards to Nepal. Some stretch it back to the time of the late Rajiv Gandhi’s premiership when he as PM brought in economic sanctions in Nepal causing many of the disgruntled youngsters from that era to resent India and Indians.

Although Rajiv Gandhi spoke of those sanctions as response to disturbances along the Indo-Nepal border, some Nepalese officials believed it was Rajiv’s way of getting even for the insult his wife faced when she was not allowed to enter the Pashupatinath temple (the temple had an official rule of not allowing the entry of non-Hindus without exception).

Whatever the reasons, these sanctions gave the anti-India elements like the Maoists the perfect opportunity to indoctrinate the youngsters enhancing their anti-India sentiments.

The last ten years of UPA rule didn’t see much effort from the Government to improve ties with Nepal or provide sound advice during its political turmoil. This uninspiring management of Indo-Nepal ties created the impression of India as an egotistical and inattentive big-brother in the eyes of the Nepalese public. Many of them scoffed at India’s double-stand of handling its neighbors where states like Nepal-Sri Lanka would be chided but Pakistan, India’s most troublesome neighbor would be treated mildly.

Now with the helm of power in the hands of an able leader known for being decisive, many in Nepal can expect India to play a more constructive role than it has in the past. But the new government needs to identify the problematic areas and then look for solutions to ensure the making and sustenance of a long-lasting Indo-Nepalese alliance.

A summarized list of the problems (as understood from several individuals the author corresponded with) along with a brief background is given below:

Many Nepalese say that approximately two decades ago the population of Nepal was at a favorable level and most of the populace had access to housing and basic provisions. During that time, with the exception of petty robberies, the crime rate of Nepal was negligible displayed by the fact that tourists would safely travel to the remotest parts on foot.

Kathmandu was a serene and gorgeous place with flocking tourists. But currently, due to alleged illegal entry of miscreants from UP and Bihar (both these Indian states share borders with the southern portion of Nepal), the scenario has changed.

Also the decade-long insurgency carried out by the Maoists has led people from within Nepal to take refuge in Kathmandu. The once serene Kathmandu has now become overcrowded with increase in rate of crime as well as poverty. Although a lot of Kathmandu’s troubles can be attributed to pitiable urban planning and lack of security measures, many residents believe that the volatility seen in UP and Bihar directly affects Nepal due to the porous nature of the border.

It would be important for Indian policymakers to note that similar hostility towards UP-Bihar is also visible among the residents of many Indian states like Assam and Maharashtra; so the Centre needs to pay immense attention to the functioning of these states.

The Nepalese populace expects the Government of India to increase monitoring of the porous Indo-Nepalese border so that there is no scope of Nepal accusing India of abetting illegal infiltration. Monitoring the border would enable a tally on exactly who is passing through the borders, so both countries can check and keep a scientific tally as how demographics are being transformed as well as keep an eye on issues of national security.

A number of security experts opine that during the 1970’s when the Indira Gandhi-led Government was neutralizing the Maoist threat, many of the insurgents abandoned their base Naxalbari in West Bengal and opted for different locations. One group set their sights on the region surrounding Central and Southern India which has now become the dreaded ‘Red Corridor’ while the other group crept into Nepal through the porous borders. Since the earlyd-90’s following Rajiv Gandhi’s imposition of sanctions, the Maoists have carried out several activities of insurrection till 2006. This decade-long insurrection ultimately led the Maoists to Nepal’s parliament in 2008.

During the years when the Maoists preferred militancy over political participation, the people of Nepal faced numerous hardships as lives were lost, families got displaced and a huge sum of money was wasted to fight the insurgents. Many in India are facing similar difficulties from the insurgents in the Red corridor.

On the other hand, in recent years Nepal has become a base for anti-India terror outfits. It was shocking for many Indians as well as Nepalese to see that many operatives of the dreaded jihadi group Laskhar-e-Taiba were stationed in Nepal. The incident of the IC-814 hijack is also fresh in the minds of many Indians. Hence, it is significant that the Government of Nepal strengthen security ties with India and share inputs from Intelligence to ensure maximum if not complete neutralization of the Maoist as well as jihadi threat.

For a little country, Nepal has its share of diversity due to the presence of several ethnic groups, and over a hundred linguistic dialects. For a long time, these groups in Nepal co-existed peacefully till of course the Maoists started spreading discord among them. The years of peaceful co-existence were due to the core culture of Nepal which has always been Hindu-Buddhist. Nepal is believed to be the birthplace of Sita, the heroine of the ageless epic Ramayana. Nepal also has the pride to be the birthplace of Gautama Buddha.

Hilly, landlocked countries like Nepal were always at the borders of the Indic civilization, making it easy for both Hinduism and Buddhism to flourish in those areas. But unlike most of India, Nepal never had to live under the foreign rule of Turko-Afghan sultans as well as the British. This meant the bulk of Nepalese populace did not have to go through a colonial makeover. The credit of keeping Nepal fortified goes to the gallant Gurkha kings whose lineage is related to the northern part of India. In medieval times many Hindus moved to Nepal from India to escape the Muslim onslaught. Prithvi Narayan Sha was one such Hindu. He hailed from the Sishodhia Rajput clan. He united all the hill tribes and turned them into fierce fighters in his army, then went on to unite the small mountain kingdoms forming the modern day Nepal. This uninterrupted flow of culture is the reason why many Nepalese do not shower reverential praises blindly upon Europeans unlike their Indian neighbors.

For long, the word ‘secular’ to the residents of Nepal meant peaceful co-existence of many communities all bonded by the core Hindu-Buddhist culture.

But years of political instability have eroded this realm of peaceful co-existence. The rise in the Muslim population from 0.5 to 14 % as a result of open borders has created a demographic challenge for Nepal (Although according to the 2011 Nepal census, 4.5% of the population is Muslim).

This challenge is aggravated by the rampant conversion activity of the Christian missionaries among the hill tribes which is creating a gap between the former and the other groups of Nepal. If one is aware of the present-day situation in the North-East of India as well as Kashmir it is understandable why the people of Nepal are concerned.

A lot of this political instability can be attributed to the thoughtlessness of the long-reigning but the now-defunct Nepalese monarchy which made it unpopular among the general masses paving the way for political anarchy led by the Maoists.

One important thing to note was that one of the first steps the Maoist government took to sour Indo-Nepal ties was its attempt to expel the priests of Indian origin from the Pashupatinath Temple and replace them with priests of Nepali origin. The custom of employing priests of Indian origin in the temple is said to have started around 8th Century C.E when the scholar-monk Adi Shankaracharya visited Kathmandu and consecrated the ‘Garba-Graha’ i.e. sanctum sanctorum of the temple.

The Maoist agitators claimed the aforementioned tale is an imperialist propaganda concocted to usher in Indian hegemony over the Nepalese population. It is humorous to note that irreligious groups like the Maoists care so much for the sovereignty of places of worship when their father nation China tramples upon all kinds of religious institutions harshly.

It is unfortunate that whereas Baburam Bhattarai the Maoist leader being a former student of JNU has many sympathizers in Delhi, the conservative nationalists of Nepal rarely received indisputable support from Indian nationalist parties like the BJP or cultural groups like the Rashtriya Swayamsevak Sangh. Now with the arrival of a nationalist government in India, this historical wrong should be corrected.

From Nepal’s side, there seems to be willingness to be helpful allies as displayed by the country’s Prime Minister Sushil Koirala when he gifted a replica of Shri Pashupatinath to Narendra Modi. As mentioned in the beginning, Narendra Modi has created a positive image of a South Asian leader through his visit to Bhutan. Therefore, going to Nepal along with providing economic assistance would gesture the starting of a more constructive foreign policy with regards to India’s neighbors creating a ‘Vibrant’ and strong South Asia .

AIPF Report on Bastar: Is it another Maoist propaganda document?