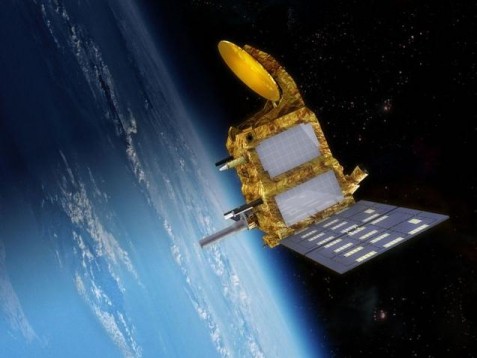 More than a week ago when the nation was celebrating the success of the Mangalayan project, senior journalist Nikhil Wagle tweeted thus:

The most obvious first question: is it a crime for scientists to visit temples and to practice their faith? Is bestowing honors to Balaji before Mangalyaan’s success equal to scoffing at rational enquiry which is the edifice of science research? I don’t remember any ISRO scientist claiming that it was Balaji who put the space project to action so why the gibe?

The point made by Wagle and many self-proclaimed rationalists and progressives is that Indians should not stick to their past heritage. This scientific temper business was initiated by the pioneer of Indian secularism, Pandit Jawaharlal Nehru as claimed in this piece. It is a known fact that Nehru was hugely influenced by ‘Fabian Socialism’ and intellectuals from the erstwhile Union of Socialist Soviet Republic. Following Mangalyaan’ssuccess, many self-proclaimed rationalists in the social media started crediting Nehru’s adoption of ‘scientific temper’ as the chief reason. But I believe it would be grossly incorrect to paint Nehru as the pioneer of science research in India, as detailed here.

So who should be credited? The answer: a lot of our savants and philosophers starting from the ancient times. The ancient sages never made dogmatic declarations on issues of science and if we actually read their works, we will find that most of them really offer diverse viewpoints in topics like human existence, composition of the universe and elements of nature.

Sadly often these diverse viewpoints are lost to the immature need of many ardent Hindu nationalists to find all modern scientific achievements in ancient Hindu scriptures and then coming up with a bunch of pseudo-scientific theories. Although some try to justify these errors by stating they are better than Biblical fundamentalists’ denial of science, all these ‘nationalists’ do is give the Wagle-types the ammunition to attack Hindu culture. Most in the present scientific community agree that there is indeed a chance for dialogue between modern science and Indian philosophical systems. Consider the following quotes:

The time scales of Vedic Cosmology correspond to those of modern scientific cosmology– Carl Sagan.

I quoted Sagan and Dawkins for the fact of them being experts in their fields. Hence it was not religion that shaped their thoughts to make such  statements.  But there were many personalities in India who actually attempted, in the words of Satyendranath Bose, ‘the unprecedented synthesis of scientific temper and spirituality.’ Notable among them were Jagadish Chandra Bose (1858-1937) and Prafulla Chandra Ray (1861-1944), two major scientists and educationists from Bengal.

Jagadish Bose is credited with the invention of the first wireless detection device and the discovery of millimeter length electromagnetic waves besides being considered a pioneer in the field of biophysics. Prafulla Ray was the first chemist to synthesize mercurous nitrite which determined that nitrites were stable substances differing from the dominant view that they were unstable.

This article is an attempt to give a concise description of certain aspects of the thoughts of these two savants on science education. To begin with they both laid stress on the pursuit of knowledge for its own sake. In Bose’s words-

Myopic considerations of immediate utility have no relevance for a scientist.

One needs to remember that both Ray and Bose were contemporaries at a time when India was firmly under the grip of the British Raj. Unlike the preceding Mughals, the British were not content with being a military and economic power, they sought to change the mindset of Indians so that they turn into, in Maculay’s words, ‘Indian in Skin, Englishman in taste.’ This aim was the motivation for the British colonial officers to have institutes to impart education to the Indian populace to socio-culturally subjugate them. But some kind Englishman like David Hare indeed took efforts to spread scientific education among the residents of Bengal Presidency with co-operation from Indian social reformers like Dwarkanath Tagore. An accumulation of these efforts led to the founding of the Hindu College, later rechristened as Presidency College – where both Bose and Ray would work.

A lot of criticism has been heaped upon the reformers like Dwarkanath Tagore and many members of the Brahmo Samaj for opposing the early attempts of the British officials to have Sanskrit colleges, but unfortunately the critics often choose to ignore the bitter truth that by then at least in Bengal, the pristine system of Indian knowledge was corrupted by greedy opportunists for their own benefit. Another important point to take note of is that both Jagadish Bose and Prafulla Ray never derided Indian traditions. They just did not see any reason to rejoice over medieval India which to them was rather a period of stagnation.

Based on the circumstances then, it would have been a blunder to reject European science as alien. Instead, both the scientists stated the need to understand that science has universal pertinence. They researched and made it a point to inform Europeans that rationalism was very much a homegrown product, if only one looks back to ancient India. This point was openly made by Ray:

It is to Europe that we must now turn our eyes for the realization of the ideal presented by our own Rishis unflagging and concentrated devotion to the pursuit of knowledge for its own sake.

Unlike many of today’s self-proclaimed rationalists, Jagadish Bose valued what was in his words the ‘impulse of spirituality’ in the Indian mind, interpreting his own scientific findings as evidence towards showing the unity of life. Despite multiple setbacks, Bose imprinted his name in the history books as a multi-disciplinary scientist seeking to unveil the mystery of life which in his scheme of things were brought forth by the poetic philosophers of ancient India:

The poet, seeing by the heart, realises the inexpressible and strive to give it expression. His imagination soars, where the sight of others fails, and his news of realm unknown finds voice in rhyme and metre. The path of the scientific man may be different, yet there is some likeness between the two pursuits. Where visible light ends, he still follows the invisible. Where the note of the audible reaches the unheard, even there he gathers the tremulous message. That mystery which lies behind the expressed, is the object of his questioning also; and he, in his scientific way, attempts to render its abstruse discoveries into human speech.

Prafulla Ray however had no special fondness for Indian spiritual traditions , but even he was very proud of India’s philosophical diversity—the same things that the Nikhil Wagles of the world call bland superstitions. A lot of scoffing at Indian heritage stems from the Eurocentric attitude of many so-called rationalists fused with a false sense of western superiority ignoring original and lasting contributions made by India in the fields of science as carefully analyzed by Ray:

…But whenever the priority of the Hindus is unquestionable, an appeal is made to the theory of common origin and independent parallelism of growth.  These scholars seem to smart under a sense of injury if they have to confess that Europe owes an intellectual debt to India, hence many a futile attempt to explain away positive historical facts….. In ancient India the useful arts and sciences, as distinguished from mere handicrafts, were cultivated by the higher classes. In the White Yajur Veda and in the Taittitriya Brahmana, we meet with the names of various professions which throw light on the state of society of that period….

Together, Ray and Bose were among the first to initiate in modern times,  a dialogue with science as a historical and human phenomenon. Both in their own ways attempted to showcase how ancient Indian thought systems and knowledge can be compatible with modern notions. Yet modern day rationalists ignore these doyens of science education who were not ashamed of their devotion to Indian  heritage which in Indian secular terms is equated with communalism. To conclude, here is an excerpt from a recent piece by Ashok Malik where he mentions an incident connected with the late well-known Indian jurist Nani Palkhiwala:

….Nani Palkhivala, the eminent lawyer and constitutionalist represented the Janata Party government in Washington, DC. In June 1979, as he was relinquishing office, Palkhivala held a reception at the Indian embassy. He honoured 14 outstanding achievers of Indian origin – including Hargobind Khorana and S. Chandrashekhar, past and future Nobel laureates – with a plaque commemorating the recipient as an “Exemplar of Excellence and Explorer of Brahma”

Palkhivala, a student of ancient Indian philosophy, was evocative in explaining why he named the diaspora prize after Brahma: “Brahma … is the Ultimate Reality. Thousands of years ago, the intuitive seers of India understood that Brahma is far, far beyond what we perceive through our five senses … In Brahma what Lord [C.P] Snow called the Two Cultures are synthesised, science becomes indistinguishable from art and the atom from the infinite. The Unified Theory for which Einstein searched so long is but one of the billion facets of Brahma …”

In other words, Palkhivala sought to link the modern and technological achievements of Indians in the US to the profundity and sense of inquiry of India’s age-old civilisation.

But it seems these wise words are signs of an irrational mind if we seriously believe the vacuous statements made by our rational hypocrites like Nikhil Wagle.