Why the notion of ‘Hindu Nation’ alone is chosen for criticism? 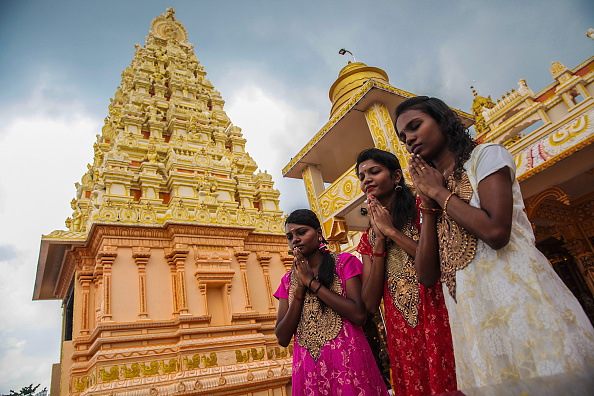 I sometimes wonder who influences whom: the Indian mainstream journalists influence the foreign correspondents or the other way round, as they always hold the same view. Or is there even a directive from the top of the media houses about who must be protected and who can be abused?

Obviously, Hindus can be abused. I was shocked when I recently checked articles in major newspapers like the New York Times on the appointment of Yogi Adityanath as chief minister in Uttar Pradesh. Like in the run-up to the general elections in 2014, when a Modi victory loomed large, the media went berserk. The gist was: By appointing Yogi Adityanath, Prime Minister Modi has finally shown his true face of a Hindu fundamentalist who wants to make India a ‘Hindu nation’ where minorities have no place. The articles peddled untruths and drew unacceptable conclusions. The Swiss NZZ for example wrote that it is hardly possible for Prime Minister Modi’s government to call itself the representative of all Indians after appointing a figure like Yogi Adityanath.

A Hindu nation is projected as the worst possible scenario by the wrongly called ‘liberal’ media. Yet, the same media don’t react when America or most other western countries are referred to as Christian nations. Nor do they get agitated about the numerous Muslim nations; not even about those which still have harsh blasphemy laws. Why are these ok, and a Hindu nation is not ok? They don’t explain; they just insinuate that minorities (read Muslims and Christians) will suffer in a Hindu nation.

Maybe they came to this conclusion because minorities like Jews or Hindus suffer in certain Christian or Muslim nations though the media hardly pulls those countries up for it. However, even otherwise, this conclusion is wrong, as Hindus have a different mind-set. They are open towards other views, unlike ‘good’ Christians and Muslims who feel obligated to make everyone believe what they believe, if necessary by deceit or force.

Hindus cannot be put into one single box. There are too many different ways to reach the goal of life. As it were, there are many minorities within Hinduism. But they all are based on the Vedic insight that everything, including our persons, is permeated by the same divine essence which is called by many names but is ultimately ONE. Our human consciousness (Atman) is one with the cosmic consciousness (Brahman) and to realize this, is the goal and fulfillment of life. “Satyam vada, Dharmam chara” the Veda exhorts – speak the truth and do what is right under the given circumstances. And find out who you really are: you are not a separate entity but in the depths of your being one with all.

From this follows that ‘good’ Hindus are those rare human beings whose dharma makes them regard all others as brothers and sisters. Their dharma makes them further respect nature and not harm unnecessarily any living being.

Hindus do not, unlike Christians and Muslims, divide humanity into those who are chosen by God and those who are eternally damned. Hindu children are not taught to look down on those who are not Hindus, unlike children of the dogmatic religions who are taught that their God does not love those others unless they join their ‘true’ religions.

Hindus are also comparatively kinder to animals. The great bulk of vegetarians worldwide are Hindus.

Hindus never fought crusades or jihads to establish their dharma in foreign lands. In fact, they didn’t need to, because they convinced most of Asia merely by solid arguments.  Yet, for the past thousand years Hindus were at the receiving end of jihads and conversion campaigns and millions of Hindus were killed in cold blood because they were Hindus.

It has to be held in favour of Hindus that they held on to their tradition and did not succumb to the pressure and even violence brought on them to adopt blind belief that only one particular person has revealed the full truth. Instead, they continued trusting their sages who never asked for blind belief, but asked to verify their insights through experience.

The concept of Divinity is also different. For Hindus the best description for the absolute truth is sat-chit-ananda (it is true, aware and blissful). The many personal gods help the devotee to realize the Absolute. Christians and Muslims perceive Divinity in its highest form as a personal, superhuman entity who is jealous of other gods. The first commandment in Christianity and a very important issue in Islam is the claim that nobody must worship other gods except the ‘one true god’, which both religions claim is only with them.

In all likelihood the Hindu view comes closer to truth. When the first translations of Vedic texts appeared in the west, the greatest minds in Europe were greatly impressed by Indian thought. It did spread among scientists, too, who used it to push the frontiers of science further. It is no coincidence that modern science discovered that all is one energy after Vedanta became known in the west. It is also no coincidence that the Church lost much of its power in Europe when some of India’s wisdom filtered down to the masses

Why then are the media worldwide so worried about a nation where the Hindu roots are fostered? Where Sanskrit is taught, which is the most perfect, dignified, powerful language on earth? Where yoga is practised in schools, which is an ideal means for all-round development and which, on a deeper level, helps to find fulfilment in life? Where Vedic philosophy is studied, which inspired the new scientific discoveries for example in nuclear physics? Where the amazing wisdom of Mahabharata and Ramayana becomes common knowledge, which is already taught in business seminars abroad? Where children chant “Loka samastha sukhino bhavantu” (let all be happy) instead of Humpey dumpey, which happens already in certain schools in the west?

Yet as soon as Hindus make suggestions for India to keep its Hindu character or rather, to gain back its Hindu character, as even after Independence, the youth was encouraged to abandon it, there is an outcry by the media that “Hindu fundamentalists” want to make India a Hindu nation and exclude religious minorities. Ironically, ‘Hindu’ is a geographical term, with the same root as Indian – people who lived beyond the Sindu or between the Himalayas and the Indian Ocean.

So why would Indians who rather recently converted to Islam or Christianity not be proud of the achievements of their ancestors? India was the cradle of civilization, a knowledge hub and the richest country on earth. It was known for its wisdom. Greeks, including Pythagoras, are said to have come to India for knowledge and today everybody knows his name, but not the name of the Indian mathematician (Baudhayana) who originally discovered the Pythagoras theorem. Surely Christians and Muslims cannot have any objection that students are taught this fact or the fact that the Rishis of the Rig Veda (10.22.14) knew many thousand years before Copernicus that the earth goes around the sun. Surely they also cannot have any objection that students chant “May all be happy” in Sanskrit, the language of their forefathers. If someone calls such teaching communal, it is malicious. If someone objects to this teaching, should not he be shouted at by the media instead of those who want to revive their ancient culture? Is not he the one who tries to divide society and not those who say “vasudhaiva kutumbakam” (all is one family) due to their philosophical outlook?

Hindus are the exemplary role model for ‘how not to exclude others’? Where else have religious minorities flourished and grown like in India? Is not the relative harmony in this amazing diversity in India generally admired abroad? Media persons need only to look around in the world to realize this fact.

Why then are Hindus of all people accused of excluding others?

The reason may be this: neither the west nor Muslim countries want a strong India.  India was the cradle of civilisation and over most of the known history economically very powerful. They may fear that based on her ancient culture, India may rise again to the top. Is it the media’s job to put Hindus perpetually on the defensive by spreading this bogey of Hindu fundamentalism and prevent a better education policy which would give India an edge?

“Imagine, India would become a Hindu nation!” the media shout infuriated. The problem, however, is that they don’t imagine it and don’t ask basic questions. If they only imagined what a Hindu nation looks like, they might start propagating Hindu nations all over the globe.

One day, when people have become tired of blindly believing strange things, and when nobody is threatened any longer with dire consequences if he stops believing in those strange things, the world may be grateful to Bharat Mata that she has conceived and preserved over millennia those eternal, precious insights for the benefit of humanity.