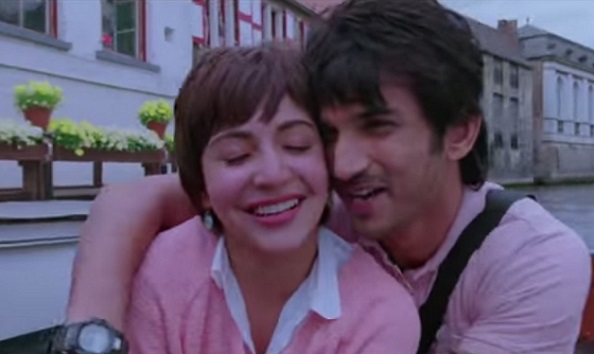 The movie PK is in the news for a number of reasons. Some Hindu organizations have complained that it ‘hurts the sentiments’ of Hindus. The most dangerous and misleading part of the movie is its depiction of marriages between Muslims and non-Muslims as normal. The director, Rajkumar Hirani, has blindly accepted and mechanically internalized the myth as gospel truth that marrying a Muslim man is cool for a non-Muslim girl—an individual choice little different from choosing a brand of shampoo. It is not.

The truth about Muslim-non-Muslim marriages is kept under wraps by the media and other opinion makers, lest the shibboleths of conventional wisdom get disturbed. The fact is that Islam does not recognize a marriage between a Muslim and a non-Muslim. This was the reason that the marriage of Saif Ali Khan and Kareena Kapoor was declared illegal by the Muslim clergy. “The marriage is illegal if Kareena is still a Hindu. Going by the Shariah, we cannot accept that they are husband and wife even if they got their marriage registered with the registrar of marriage,” Darul Uloom Deoband said when the two stars wedded in 2012.

Mufti Rashid Qasmi, a member of the Sunni seminary, said, “As per the Islamic law, the man and the woman both should be Muslims if they tie the nuptial knot. Otherwise, the marriage will be Najayaz, illegal and un-Islamic to be more precise.”

It was to keep his first marriage Islamic that Saif had convinced Amrita Singh to embrace Islam, as his father had done decades ago when he married Sharmila Tagore.

And it is not just non-Muslim women who have to convert to Islam in order to marry a Muslim man; it also works the other way around. This was the reason that the famous filmstar Nargis’ father, Mohan Babu, had to embrace Islam in order to marry her mother, the well-known singer Jaddanbai. By the way, one of Jaddanbai’s two earlier husbands was also a Hindu who too had become a Muslim to marry her.

In short, marrying a Muslim isn’t cool. It normally results in embracing a religion whose clergy want to keep it in the seventh century. So, the PK director looks foolish when he tries to lampoon the heroine’s mother as she cautions her daughter about the perils of marrying a Pakistani Muslim. Let alone Hindus, I wonder how many Indian Muslims would be elated at the news that their daughter had chosen a Pakistani as her husband. Sending off a girl to a country where they slaughter kids is surely not a promising prospect.

And then there is always the threat of a co-wife. Often, polygamy among Muslims is laughed off, but the threat is real. The first wife of singer Lucky Ali, who is son of the comedian Mehmood, found this to her own peril, but she could nothing to stop her husband getting a second wife. This must have been tough for the New Zealander who happened to be a daughter of a Christian missionary. To think that she had married and embraced Islam for love.

“I always knew I’d have more than one wife,” Ali said in an interview to The Times Of India (July 28, 2010). “In fact, I did tell Meaghan [first wife] about it when we got married. She thought I was joking.”

[pullquote]It was to keep his first marriage Islamic that Saif had convinced Amrita Singh to embrace Islam, as his father had done decades ago when he married Sharmila Tagore.[/pullquote]

When asked how did Meaghan take the news of his second marriage? “Like a martyr. It’s such a hard hit for a woman.” And yet he claimed that he loved her! The guy has got some cheek. He hurts a woman, and then goes on to profess his love for her.

This is not to suggest that all Muslim men are horrible husbands, but it is indisputable that their religion favors them over women, and efforts are on to strengthen the belief system, Shariat, which perpetuates this asymmetry. Increasing radicalization among Muslims, the rising influence of Wahhabi bodies like the Deoband seminary, the mushrooming of madrassas, the Gulf money boosting fundamentalism—these are the issues pertaining to the Muslim community.

But Hirani doesn’t find anything wrong in such developments. He only lampoons and exposes the charlatans and superstitions in Hindu society, which is laudable anyway; but he chickens out when it comes to the very real Islamist menace.

However, it would be wrong and self-defeating for Hindus to indulge in rash actions like vandalizing theatres showing the movie or demanding ban. Just like killing Mahatma Gandhi was. The Hindus who do this end up strengthening the hand of such regressive elements who are ever eager to claim victimhood and worse, martyrdom.