‘The Poor debates’ and ‘The Debates about the Poor’ 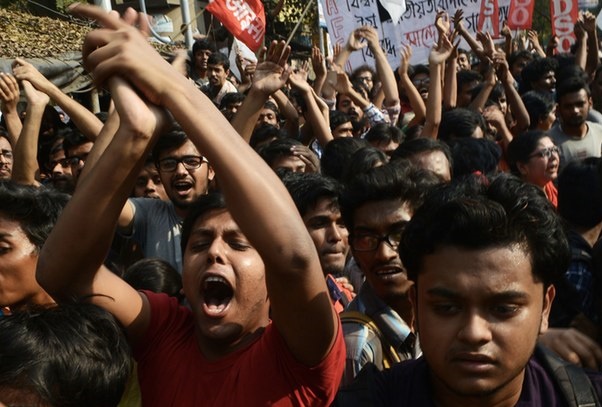 We the people of this Great Nation ‘India’ that is ‘Bharat’ have always been argumentative since time immemorial. Diversity of ideas and opinions has been the essence of our age old continuing civilization’s existence. It is an ever-evolving phenomenon having its own deep root, firmly embedded in the ancient Indian tradition of ‘Shastartha’. The idea of ‘agreement and disagreement’ and ‘agreement for disagreement’ has deeply been penetrated amongst Indian minds since perhaps the beginning of our civilization. Had it not been the case, our great civilization would not have survived and come so far.

This diversity of ideas and opinions that exist in our civilization is evident from out great ancient texts and literatures. It is not about what is right or what is wrong; this is something that has never been embedded in our civilization and its’ way of thinking, rather it is about what you choose and what rational each of the chosen ideas or ideologies, as we may put it, offers.

We Indians have always been politically aware and tend to form political opinions very quickly. Don’t believe it! Spend 30 minutes in a ‘Chai Gumti’ situated not in Delhi or Mumbai or any Metropolitan Indian City, but in a distant small town or a village ‘Chowk’ in Odisha, Chattisgarh, or Jharkhand, which are some of the most neglected states in India and you would witness the truth for yourself. This is something the Delhi’s Lutyens’ intelligentsias tend to undermine and ignore.

The idea of a democratic society is rooted firmly within us and we celebrate democracy like a festival.  Even the establishment of a Modern Constitutional Republic in India was nothing but a reflection of our ability to debate and discuss wisely. Have a look at the Constituent Assembly debates and you would realize that the framers of our Great Constitution were not only visionary leaders, but were great debaters par excellence.

But today, after revisiting the nature of some of the recent debates detonated on ‘Popular Media’, it is not an exaggeration to remark that this ancient intellectual culture of debate in our nation is being systematically destroyed by the new-age intellectuals and their ideological fan-base over various platforms. They are constantly trying to shift and fix this debating tradition and flexibility of ideas of different minds into a particular domain of societal problems. They don’t want people to talk, discuss and think over issues other than what they think is thinkable and appropriate to discuss. These sterile discussions are stalemated and are a curse to our debating tradition.

Let us start with one of the highly contentious debates in the recent times, which rocked the ‘Social Media’ for almost an entire week. This was with respect to standup comic Tanmay Bhat’s burlesque video bullying the two Indian legends Sachin Tendulkar and Lata Mangeshkar. It has revealed to us a crummy culture of mushrooming an extremely poor state of debates, being promoted by people with prejudicial political standpoint of a particular nature.

The hours after the controversy detonated on the Social Media, people from a particular section of thought and some sections of the ‘Mainstream Media’ having their own peculiar connotations of freedom of speech and expression, entirely different from what the Indian Constitution provides for, instantaneously proffered themselves in defense of the said video, completely ignoring the idea of having reasonable restrictions that comes parallel with such freedom.

Each one of them echoed the freedom of speech and expression, but sadly forgot about corresponding duties associated with such freedom. Today, we Indians are only concerned about our rights not our duties. According to John Finch, “Your liberty to swing your fist ends just where my nose begins”. Freedom is not absolute.

Sadly, the debate didn’t revolve around the real issue, but rather was taken to a different realm. The people who diverted the issue into a different realm started tugging the non-germane issues of poverty, malnutrition, drought condition, discrimination, water crisis, food crisis, farmers’ suicide etc., which is not related to the spoof video controversy even remotely. Some Internet websites inclined towards a similar ideology started penning articles about how this debate is entirely useless and is a medium to detract the people’s attention from the real issues of hunger, drought and acute poverty in India.

This is a very dangerous culture of debate, which is being extensively promoted by a group of chauvinist having particular political and ideological orientation, to equate and analyze every issue in the domain of poverty. By doing so, they are actually insulting the pain and sufferings of the poor and of people facing problems at grass-root levels. Though, this culture of comparing an apple with an orange is not a newly emerged phenomenon, the process is accelerating and gaining momentum exponentially, particularly after the advent of the Internet revolution in place.

This is reminiscent of another debate, when there was national and International outrage over the Indian dream space project ‘The Mars Orbiter Mission’ in November 2013, where the Indian social activist Harsh Mander had compared the mission to “a remarkable indifference to the dignity of the poor”. Similarly, several International newspapers had severely censured the Mission, including, The Guardian, New York Times, CNN, and The Economist to name a few, on the grounds that 40% of the Indian children are malnourished and half of the population do not have access to toilets. However, while fulminating against the Indian ‘Mars Mission’ on grounds of malnutrition and shortage of toilets, what these western supremacist and pseudo intellectuals in India have conveniently forgotten is the fact that there were many tumultuous issues like Vietnam War, Civil rights movement, inflation, unemployment, etc. that America was confronting around the period, when American astronaut Neil Armstrong first landed on the Moon in July 1969 and yet nobody had compared the burning issues with the moon landing.

Western media may continue to have their dogmatic and stereotypical imagination of India and there is certainly no need for us to challenge that because such an approach of theirs would naturally change with time. But, our own people should be little more encouraging towards their own countrymen. Certainly Mr. Mander failed to take into account the aspirations of modern India to excel in science, technologies, and entrepreneurship, and millions of those children and young ignited minds, who are dreaming on becoming Kalam, Raman, or Bhaba someday. Mr. Mander should have at least respected the ‘dignity’ of the Indian science fraternity, as well as the legacies of those great scientists whose contributions in building this nation have been enormous.

A recent report on death penalty released by ‘National Law University, Delhi’ claims that most of the death sentences have been awarded to the poverty-stricken people or the people from the minority groups. This is indeed highly paradoxical that the people, who run campaigns against death-penalty and day and night hurl abuses at ‘Manusmirti’ and ‘Manuwad’, are at the same time advertently or inadvertently helping to flourish the idea of ‘Manuwad’ in this nation by not letting it get buried  in the chapters of history. ‘Manuwadi tradition’ says that a Brahmin should get lesser punishment merely because he/she is a Brahmin. Now, these anti-death penalty people are using a similar argument that the poor should not be hanged, simply because he is a poor, irrespective of the felonies he/she has committed!

Remember the shameful incident at JNU and Kanhaiya Kumar-the infamous president of the JNU Student Union. When Kanhaiya and his communist comrades were arrested and charged with sedition for allegedly chanting anti-India slogans on the JNU campus, there were people, who deliberately brought in the poor economic background of Kanhaiya and others as an argument to defend them, as if poverty in itself provides a free pass to people to commit sedition.  But, there is nothing new in this approach.

Had Kanhaiya Kumar and all his comrades belonged to a Minority or a Dalit community, then these apologists would have shouted how the comrades were being charged with sedition, because they belonged to Minority or Dalit community. The fact is, if someone has violated the law, whether he or she is a Brahmin or Dalit, Hindu or Muslim, Rich or Poor, he or she should be brought to justice in accordance with the procedures established by the law.  Repeatedly, we have seen some people with ulterior motives trying to find the religion and caste of an accused, so that, they could play the identity politics, in spite of the fact that one’s identity might not have to do anything with a particular issue.

This culture of deliberate divergence of issues and preposterous comparisons in all kinds of debate is surpassingly escalating in this Nation. The poor and the poverty are being politically used to counter every logical debate, to silence meaningful discussions, and to force people to fix their minds in a particular domain of thought and analyze everything from the perspective of poverty. The fact is, many of these people, who passionately lecture others about poverty, in fact love to romanticize about poverty. They use poverty as a weapon, in a debate where their viewpoints are not strong, to bring the opponents to a sentimental state of mind and thus, silence them.

Poverty, obviously needs to be discussed and must be discussed as a priority, but such a discussion must be carried on its own standing. No one in their right mind would be against poverty-elimination and discussing the ways to eradicate it, but this does not mean that a nation cannot discuss and address other issues until the poverty is wholly eliminated. The hypocrisy of today’s debates is best illustrated by the fact that a few days back Salman Khan’s rape comments were trending on Twitter for three consequent days, while a real incident of brutal rape in East Champaran district of Bihar received very minimum outrage.

The issue is not merely confined to, associating every debate with poverty and malnutrition, rather the real issue is the ‘deliberate divergence of issues’. For instance, recently, when Prime Minister Modi addressed the joint session of the United States Congress, the so called liberal and left Intelligentsia of our nation were busy tormenting about Mr. Modi’s accent and his English speaking skill, rather than taking into consideration, the merits and demerits of the contents of his speech.

That was absolutely indecorous of them. Such a culture of debate should not be encouraged and made acceptable, especially when the diversity of ideas and arguments have been the essence of our great civilization’s existence. Each issue, whether pertaining to poverty and malnutrition, or pertaining to scientific achievements, must be discussed and debated in their own platform and using relevant parameters. We should not allow our debates and discussions on distinctive issues to unnecessarily overlap and result in confusion. The spirit of debating must continue to flourish for the enlightenment of the Indian Nation, but the poor debate culture has to be relinquished for a better future.

Rohit Kumar is a B.A. LL.B Student, in School of Law, KIIT University, Bhubaneswar. He regularly blogs for different Platforms on Socio-Politico and Legal issues. S. S. Sen is a student in University of Prince Edward Island, Canada. He is also the Ex-National Executive, Canadian Federation of Students