A PRIMER IN ECONOMICS: Prosperity 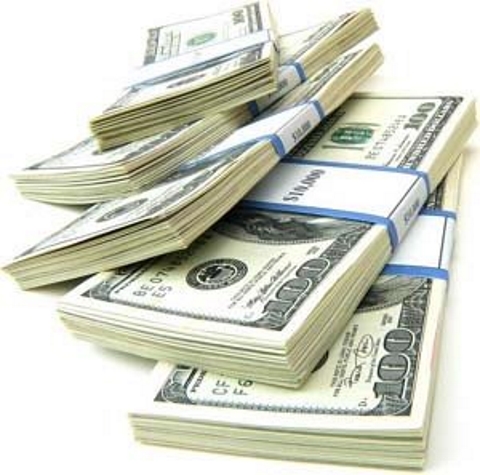 Economic prosperity is neither impossible nor inevitable. There are scores of examples on either side of the prosperity divide. From these we can learn quite a bit about what it takes to be economically successful.

Prosperity eludes some countries while others flourish– but not because of some deep, dark, mysterious reasons. Economists know what works, what doesn’t work and why. Here I present some basic bits related to the subject from a personal perspective.

The prosperity of societies varies across time and space. Fortunes shift. Societies that were once rich, become poor, and vice versa. At any time, there are rich and poor societies. Why these variations occur is a question that has engaged many brilliant minds for centuries.

What can be done to bring about prosperity is a question not only analytically challenging but also has practical implications for human welfare. The broad outlines of the answer are clear and there can be little disagreement about it.

I use the word “stuff” to denote all the things humans produce, trade and consume. It means food, clothing, shelter, etc. Those are the basic “hard” stuff. Hard stuff is stuff that you can eat, wear, hand over to someone, throw, etc.

There’s another kind of stuff we also produce and consume: the “soft” stuff – such as education, entertainment, health care, scientific research, etc. These are generally called services.

The richer the society, the higher the share soft stuff has in its production (and therefore consumption) bundle. Rich people spend a significantly smaller portion of their incomes on food and other necessities of life (usually the hard stuff) than the poor do. The rich are different from us, not only in the sense that they have more money but also in the way they spend.

Consider theoretical physics, for instance. All one appears to need for producing theoretical physics is some paper and pencil. (Story goes that Einstein’s wife was being shown around some giant astronomical observatory. “Here’s what we use to figure out the nature of the universe,” the guide informed her. She replied, “Really! My husband just uses paper and pencil for doing that.”)

From here on, I will simply say “stuff” to mean “the hard stuff, and by extension all the soft stuff as well.”

A society that does not produce enough stuff is poor.  An interesting question at this juncture is whether a society needs to produce all the variety of stuff that it needs. The answer is no: it can produce something and then trade its production for what it needs to consume.

Thus if it only produces rice, it does not have to solely subsist on rice as long as it can trade rice with others who produce non-rice stuff such as cars and clothes. Trade is good because it increases choices.

When trade is possible, you can produce some tradable soft stuff and trade it for the other stuff that you need. If an economy produces only software programs, for instance, it can sell software and buy all the other stuff it needs.

Thus the prosperity of a society depends on its ability to produce stuff and to trade. If somehow that ability is inhibited, it leads to poverty. Conversely, everything that promotes production of stuff (and productivity) and trade promotes prosperity.

People respond to incentives. If what people produce is taken away from them, it inhibits people from producing stuff. Stuff can be taken away from people through legal or illegal means. The ability to reap the results of one’s efforts is a powerful incentive to produce. If one is prevented from reaping the fruits of one’s labor, one will not put in the effort to sow and tend the crop. That is human nature, and messing around with it has dire consequences.

Talking of human nature, I believe that humans are pretty much the same in any part of the world. So what accounts for their varied successes or failures as collectives? Why are some collections of humans (such as nations, states) more successful than others if indeed they are naturally, essentially the same? Why do some countries produce so many apparently bright high achievers and others so few?

Part of the answer lies in the environment. While it is true that humans are essentially the same anywhere in the world, what differs is the environment in which they find themselves. In some parts of the world, the environment is good and in others not so good. Where you are born determines how much your lifetime earnings will be. It’s the luck of the draw. If one is born in Somalia, as opposed to Sweden, one starts the game of life with a handicap that is hard to overcome through personal effort alone.

Actually, we need to distinguish between what can be called the “natural environment” and the “man-made environment.” The former is the environment which is defined by factors such as the terrain, the climate, the natural resources, etc; the latter is what humans create and includes things as the culture, the institutions, the history, etc.

To sum up this part of the discussion, the amount of stuff produced by society determines whether the economy grows, stagnates or declines. That in turn is determined to some extent by the natural resource endowments (the natural environment), and to a very significant degree by the man-made environment. Therefore although two societies may have the same natural endowments, they may differ markedly in terms of material prosperity due to the differing set of institutions that government the two.

That gives us reason for hope since the man-made institutional environment can be changed. What’s more, over the years we have acquired the knowledge – empirically and analytically – of how institutions affect prosperity and how to design good institutions.

The question we then ask ourselves is why, when it is known which set of institutions work, some countries don’t choose to make the needed changes. For example, we know with near certainty that economically free societies prosper. Why then do some countries choose policies that deny economic freedom to its citizens?

India is a shining example of a country which has had the potential to be a materially prosperous economy. Yet consistently over the decades, if not the centuries, Indians have been denied (or have denied themselves) economic freedom. Why? One possible answer could be that Indians are not actually free to choose economic freedom.

Or perhaps they do not value economic prosperity much, and therefore they don’t choose to become prosperous. This may not be such an outlandish proposition as it would appear: the collective objective of a society could well be something else. You can choose something if have a choice but you have to have the will to choose in the first place. As the philosopher pointed out, you are free to choose what you will but you are not free to will what you will. Is it possible then to evoke within Indians the will to desire economic freedom?

A Primer in Economics: Theft