A PRIMER ON ECONOMICS: RULES OF PROSPERITY 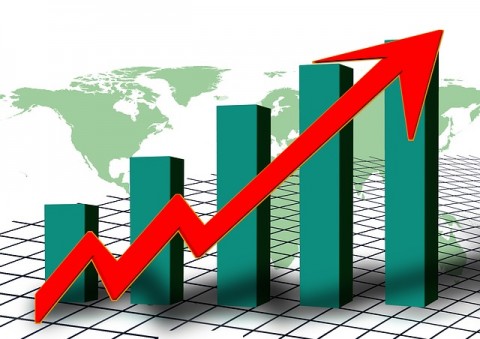 Different parts of the world have different degrees of prosperity. That fact is so obvious, persistent and ubiquitous that it is not the least surprising to us. It is almost as if it is an unalterable feature of nature and nothing can be done about it. But that is not true — prosperity is a result of human action. So the question is what are the possible factors that determine the differing fortunes of groups?

One possible answer is that different groups are differently genetically endowed. Perhaps some groups are naturally more intelligent. But that cannot be the correct – or at least the complete – answer since collectives of humans are, broadly speaking, fairly uniform in their genetic inheritance barring the superficial characteristics such as skin color or other distinctive physical features.

Even if you grant that there are distinctions between different groups of people which consequently lead to differences in their prosperity, there are enough examples of genetically identical groups achieving differential prosperity.

So for instance, Germans and Koreans differ in many ways: their physical characteristics, their culture, their history, the climate in which they live, and so on. Therefore, it is natural to expect differences in their economic prosperity, and if that’s what actually happens, it would not be surprising. But what if the groups are identical – such as the (erstwhile) two Germanys, or the South Koreans and North Koreans – and yet they end up in different parts of the economic spectrum?

West Germany was successful and East Germany not so successful even though they started off identically. The success of South Korea stands in marked contrast to obvious failure of North Korea.

Unlike say in the physical sciences where researchers can do controlled experiments to determine how the world works, in the social sciences it is not possible to conduct laboratory experiments involving country-sized groups of people. So they have to rely on natural experiments that are available fortuitously.

The German and Korean cases are just two of scores of natural experiments which tell us that it is not genetics, that it is not culture, that it is not resource endowments, it is not history, etc that could explain the differences in outcomes. They could be part of the explanation but certainly not the most significant part of the answer. There’s something else that matters.

I believe that the most important part of the answer is just one word: rules.

Humans are unique in their ability and desire to invent rules. Humans make stuff – shoes and ships and sealing wax – but more significantly, humans make rules. Rules are ubiquitous and rule-making defines humans more than the ability to make and use material artifacts.

Rules form the invisible foundation on which human civilization is constructed. All the stuff we have is the product of rules and a bit of human labour. Labour is not a big deal. You can pick up labour from any part of the world, and from any time in history.

Human civilization of 2000 years ago, or even a 100 years ago, differs from today’s civilization not in the genetic endowment or changes in the physical environment but in the set of rules that humans have invented and follow. The rules, and the recipes on how to combine stuff and labour to produce more interesting stuff, basically represent the progress in material prosperity made by humanity. It goes under another name: technology.

Take a simple example: traffic rules. Drive on the right side of the road; red means stop and green means go; come to a complete halt at a stop sign. Some traffic rules are completely arbitrary. But because of tradition and history, we are stuck with them.

Traffic rules are an example of rules that help coordination. If we don’t follow them, we end up causing major harm to all concerned. So there’s a rule which says you must obey traffic rules. That is meta-rule – a rule about rules.

Another example of rules: double-entry bookkeeping. Without it, accounting would be a mess. That’s an example of standards. Standards are an amazing invention. You cannot imagine the modern world operating at all without standards. There are professional bodies which define the standards for every conceivable thing. Without them, modern manufacturing would be impossible.

Rules are what economists call “public goods”. Economists divide goods into two disjoint sets: public goods and private goods. Private goods are the things that you can hold in your hand or kick with your foot. They are material objects.

Material objects are “rivalrous in consumption,” meaning that your use of it prevents its use by others. You and I cannot simultaneously eat the same cookie or wear the same pair of pants.

Public goods are those which are not rivalrous in consumption. Your use of it does not diminish the quantity available for use by others. A recipe is a public good because although you can use a recipe, you cannot “use up” a recipe. A recipe is an idea on how to do something. The generalization of this concept is that ideas are public goods. Rules are ideas and they are therefore public goods.

An interesting philosophical question: are rules inventions or are they discoveries?

Rules of nature (generally called laws) are certainly discoveries since they exist a priori and require neither humans for their existence nor human acquiescence.

The law of gravity operates independently of human motive or action. Not so the set of laws or rules that humans use, and so they are inventions. Humans invent rules, and since these rules are public goods, the set of invented rules are available for use by anyone who cares to use them.

Rules, standards, man-made laws – these are different ways of saying the same thing. They all figure prominently in the explanation of why different groups of people have different outcomes in the great big economic game. It all depends on what set of rules they choose to play by. Groups that choose wisely, prosper; those that don’t, either stagnate or regress.

To answer that question, we have to note two things. First, who gets to choose the rules, and second, what is that chooser’s objective?

We will go into that in due course.