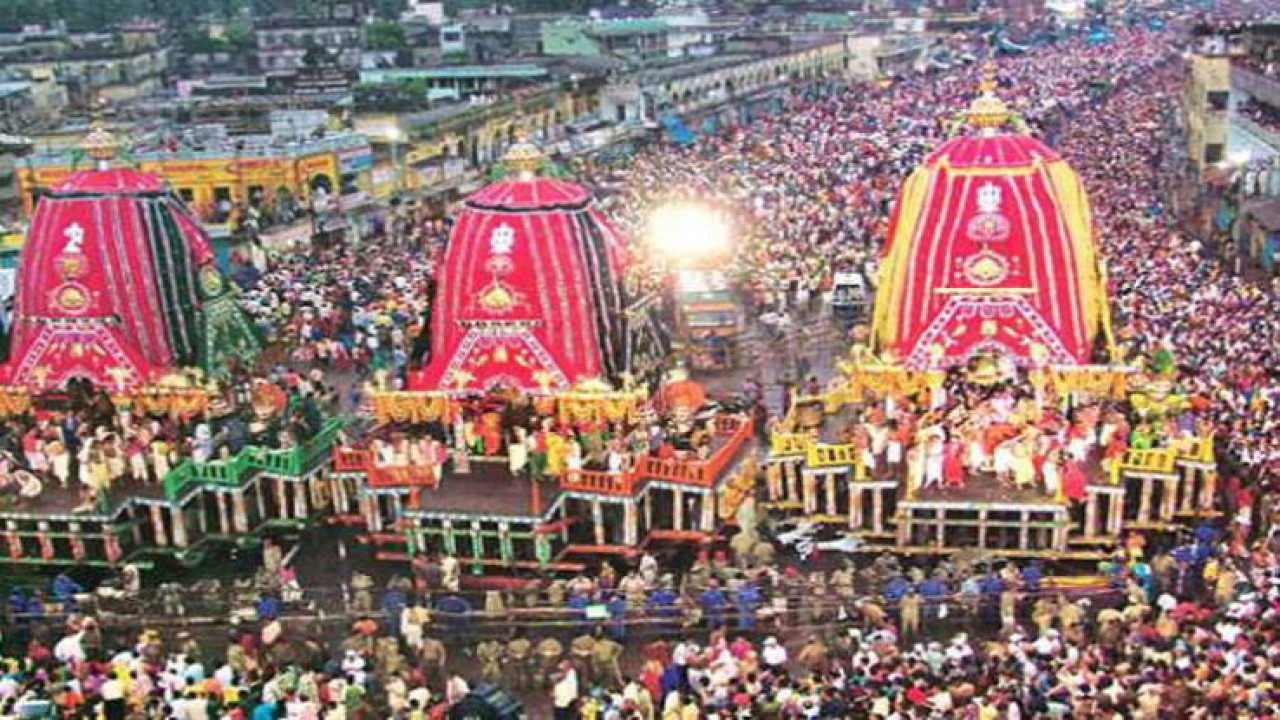 Time and again, we have seen how nefarious anti-Hindu forces have come together to dismantle Sanatana Dharma. The governments, the judiciary, the NGOs –they are all complicit in this. We have enough instances from the last few decades to prove how the powers that matter in India do not care two hoots about Hinduism but pamper the Abrahamic religions. The recent attempt to put a stop to the annual Jagannath Yatra in Puri, Odisha is only the latest instance that illustrates the anti-Hindu activities of these nefarious forces.

Puri is the famous pilgrimage center in the state of Odisha and the home to the Jagannatha Temple and the Govardhan Peetha (the eastern monastic peetha set up by Sri Adi Shankaracharya). Every year during the Hindu month of Aashada the Jagannatha temple has an annual festival during which the grand Ratha yatra is conducted. This year, the festival which fell on June 23, was almost stopped due to anti-Hindu judicial activism. A few days ago, an NGO, Odisha Vikas Parishad, petitioned the Supreme Court against the conduction of the Ratha Yatra stating that the Ratha Yatra would attract crowds and thus would lead to the spread of the pandemic Covid-19. The Supreme Court in its initial verdict directed the state government to completely prohibit the Ratha-yatra. The Odisha State government also took a stand against the Ratha-yatra. However, thanks to overwhelming opposition by Hindu devotees and petitions in the SC to reconsider the decision, the SC reversed its verdict yesterday (June 22) allowing the Ratha-yatra to be carried in a restricted scaled-down fashion without any crowd.

As per the tradition, even in the worst possible emergencies, this Ratha yatra should not be stopped. The scriptures provide pratinidhis or alternate procedures of Ratha yatra for emergency situations. This involves taking the Narayan Shila on the Ratha Yatra(Instead of Lord Jagannatha himself).In the year 1920, due to a similar pandemic, this alternate procedure was followed and a scaled-down version of Ratha Yatra was carried out. The temple traditions do not permit the halting of the Ratha yatra in any condition. This is because, if the Ratha yatra is stopped, the Murthi needs to be re-sanctified (Nabakalebar) and during this sanctification process (which is for a period of 12 years) the Ratha yatra cannot be carried out.

Even if we set aside the tradition, the sevayats the traditional priests and other staff who work for the Ratha Yatra, sought permission and got trained on how to conduct the yatra without large crowds and how to follow basic rules of sanitization required to fight the pandemic. The Puri Shankaracharya (under whose jurisdiction the Jagannatha temple traditionally comes under) himself had approved a ‘crowd-less’ ‘scaled-down’ version of Ratha yatra. Further, a smaller yatra during Akshay Tritiya was conducted ‘crowd-free’ ensuring the implementation of all the safety precautions for Covid-19.

Despite all these precautions taken by the sevayats and others associated with the festival, the Supreme Court in its initial verdict had decided to halt the yatra citing safety to public. The ruling dispensation in Odisha was also equally to blame in this. In fact, the governmental interference in the working of the Hindu temples is an issue of concern across India. The Puri Shankaracharya has criticized on multiple occasions the excessive interference and indulgence of the state government in the affairs of the Peetha and the temple. The state government was also instrumental in removing the Peetha from the affairs of the temple in the past. The only saving grace were a number of individual leaders, cutting across party lines, who urged for the review of the petition.

The initial verdict of the Supreme Court

The Supreme Court in its verdict said that “Lord Jagannath won’t forgive us if we allow this year’s Rath Yatra to go on, as such a huge gathering can’t take place during the pandemic.” One wonders, that how, why and when did the ‘secular’ Supreme Court start believing in Lord Jagannath. The same Supreme Court chose to stay mum during the Tablighi Jamaat congregation in New Delhi. One must recall that the Jamaat took place at the pinnacle of the lockdown and Janata Curfew. Apart from the judiciary, we are also blessed with a ‘secular’ central government, which goes all the way to help Muslims celebrate Ramzan by relaxing the lockdown. The Supreme Court further directed the centre to “not instigate the public” and  to “avoid communalizing” the Jamaat melodrama, but chose to ignore the fact that Hindus are also a (major) part of the public and might get instigated if the Ratha yatra is halted. Of course, now, after the reversal of the ban on the yatra, BJP leaders are openly claiming credits for the reversal.

Adding to this is the Odisha state government, which had all the energy and enthusiasm to conduct events and large gatherings on May 30 (amid pandemic), to sing Bande Utkal Janani and make it the state song, but at the same time felt that the well trained (trained on social distancing, corona precautions as well), equipped, and legitimate temple staff might spread the Covid-19 virus even if the Ratha Yatra were to be carried out only by them and no other devotees. The state government, which is responsible for the safe conduct of the Ratha yatra, should have done its duty, similar to how the Bande Utkal Janani event was conducted. Instead, it chose to go by the words of the NGO and argued against the yatra quoting ‘large gatherings and safety reasons”. Of course, after the backlash from Hindu devotees, even the state government did the U-turn and declared its “readiness and preparedness” for a scaled-down yatra.

The main culprit in this whole exercise was of course the NGO Odisha Vikas Parishad, which chose to attack the Hindu practices of Odisha. If the NGO had taken its cudgels against say, Christmas celebrations instead of Rath yatra, it would have not gained any traction either with the governments or with the judiciary. However, judicial activism is a lucrative area as far as devising attacks after attacks on Hindu practices is concerned. Did the NGO even contribute anything to local economy of Odisha, especially post lock-down? Has the NGO contribute to the lives of the tribals in Odisha to make their lives better? Why then, should a yatra (with or without the gathering) even bother the NGO? Even if the NGO is involved in social work, it does not give it any right or competency to question Hindu practices.

The cherry on the cake is the fact that many Hindus were as usual complacent with statements such as ‘it is just one year’, ‘agle saal dekha jaayega’ (we shall do something in the next year). These same people, who clapped, lit lamps during the lockdown, did not join hands for the festival.

What one fails to understand is how the state government could ignore even the economic aspect of the issue. If the tradition of Ratha yatra was broken and correspondingly for 12 years there were to be no Rath yatra, then this would seriously impact the local economy. When we can plan and dole out MSMEs, the migrants etc., we must also plan for the economy of a city which largely depends on the temple and its annual Ratha-yatra. Why city, even for the state of Odisha, the Ratha yatra is the prime crowd puller and a revenue generating annual event.

The attempt to put a stop to Jagannatha Ratha yatra under the pretext of the pandemic must be seen in the larger context of how judicial activism is being used to destroy Hindu traditions and practices. Whether it is Puri, or Sabarimala, or the prohibition of Pashu-Bali in some temples, all these are cases of utilizing judicial intervention as a weapon to break Hinduism. The government control over the Hindu temples is the biggest facilitator of such attacks on Hindu temple practices. It is high time that a pan-Indian movement is started by Hindus demanding complete freedom of Hindu temples from government control as well as protection of Hindu practices from judicial intervention.