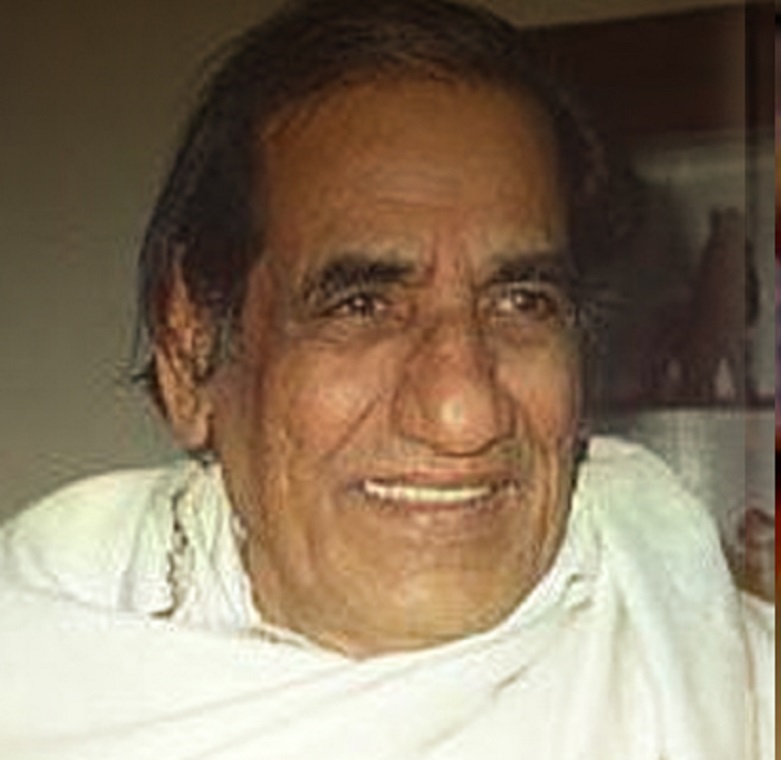 ‘How old are you?’ Sitaramji asked me. ‘Forty’. ‘You are younger than my younger son’, he said affectionately. Thus began my first and only meeting with Sitaramji in November 1993. I was on my way to Manali along with my family and happily foregone sightseeing in Delhi in order to be able to meet him. As a bonus, Sitaramji had offered to take me to Ram Swarupji.

For years his writings had just mesmerized me. Even a few paragraphs were enough to bring out nhis originality of approach (more about it later), incisive analysis , fiery style and stubborn refusal to be tamed by considerations of political correctness imposed by the Mullah-Marxist-Missionary-Macaulayite combine. If style is the man, then the picture that Sitaramji’s writings threw up was that of a sterling patriot who happened to be a great scholar and fearless fighter. Brahmakshatriya is the only word that comes to the mind to describe him.

However, what put him in a class apart from angry pamphleteers, was his reverence for truth, a breadth of vision combined with a eye for detail and accuracy, and a willingness to go wherever his search for truth led him. If he had only contempt for Indian secularists, he had no burning desire to be counted among the officially recognised champions of Bharatiyata. He was a seeker of truth not a camp follower. He would not spare the Hindu kings for their myopia, disunity and strategic failures. He would praise Gandhiji for arousing Hindu society by stirring its heart like the Savarkars and Hedgewars never could, because his commitment was to ideal of truth, goodness and beauty, not to any individual or group.

Our conversation was brief and informal, but Sitaramji did make a few perceptive remarks. ‘When Brahmins are blind, Ksahtriyas are lame,’ he said. ‘Intellectuals (Brahmins) are the eyes of the society and the ruling class its arms. Hindu society which does not lack in numbers, valour or devotion to its culture, is kicked around in its own land, because Hindu intellectuals lack vision’, he explained.

He referred to the fateful decision of the Vijayanagar King Ramaraya to have two battalions of Muslim archers who could shoot from the horseback. In the critical battle of Rakshasi-Tangadi widely though erroneously known as the battle of Talikota (1565), these battalions deserted their employer and joined the invaders. Ramaraya lost the battle and his life. The great Hindu kingdom of Vijayanagar which had kept the saffron flag aflutter in the South for over two centuries, suffered a terrible blow from which it could never recover. ‘Look at the irony Parekh. In this land of Lord Ram and Arjun the idea of having our own archers did not occur to the king,’ commented Sitaramji.

He went on to say that there should be a Catalog of National Mistakes which must be taught to all children in the schools with a view to avoiding their repetition. History which does not provide an insight to our weaknesses and mistakes, which is merely a source of false pride through glorification of a mythical past, is no history at all. Secularists would readily accept this, but their definition and India and Indianness would be suspect.

Sitaramji drove me from his residence in Shakti Nagar to Maharani Bagh where Ram Swarup ji was staying. It was one more kind act of great affection from a great person who had over the years replied to each of my letters, enlightened me by answering every question I asked, communicated his candid view on several issues, and sent me for free all the publications of Voice of India, some of them beyond my means. My meeting Ram Swarupji was brief, about an hour. I told him that measured against the depth and vastness of his knowledge , he had written very little. He smiled and said that may be true in some sense, but he did like to be repetitive. Around 9pm, Sitaramji dropped me at the hotel where my family and friends were waiting for me. I could not have asked for more. My purpose of coming to Delhi was fulfilled.

During our conversation, Ram Swarupji had made an important point about the work of Voice of India. It deserves greater attention. For long, Hinduism has been defined for Hindus by its enemies. They told us that Brahmins were a class of deceitful exploiters and oppressors, that Sanskrit was a dead language, that Hinduism was a mumbo-jumbo of silly superstitions, puerile priestcraft and meaningless mysticism, and that the caste system was the root of all evils affecting Indian society. They even taught us that Vedic Aryans came to India from outside (so why cavil at Muslim or Christian invaders?), that the history of India was actually a series of India’s conquests by one invader after another.

Even their praise was motivated. The missionaries and Mullahs always praise Hindu society for its tolerance and generosity (something that they have never shown to their rival creeds) and expect the Hindus to look the other way when they themselves malign Hinduism and convert its weaker section through force, fraud and allurements. The missionaries always praise Hindus for their religiosity but never for their religion. The Pope praises Hinduism for its seconadaries while hiding his contempt for its primaries. The enemies of Hinduism floated false notions about their own creeds too. We were told that Islam is a religion of peace and brotherhood; that Christianity has nothing but love and mercy for its non-believers , that Marxism has the master key to the ‘ascent of mankind from the kingdom of necessity to the kingdom of freedom.’ The greater tragedy is that the Hindus have gone along with this con game, slavishly or foolishly. What the enemies of Hinduism found wrong with us, we found wrong with ourselves. Even today, few Hindus can see through these mischievous canards. Hindus feel flattered by the motivated praise of their missionaries by the missionaries, little realsing that it’s a ploy for their moral disarmament against a ruthless, systematic onslaught on their culture and tradition; that it is akin to a sermon on detachment and renunciation by a pickpoket while he is relieving you of your wallet.

Centuries of cultural and political enslavement have led Hindus to look at themselves and others through the tinted spectacles forged by the inveterate enemies of their religion and culture. Voice of India, said Sitaramji wanted Hindus to use their own eyes for looking at themselves and at others. All its efforts were directed at equipping them for doing so. The means of achieving this end was a detailed and objective first-hand studies of the rival ideologies (Islam, Christianity and Marxism) from their primary sources. It meant a study of their scriptures , their sources of inspiration, their worldview, their objectives, their methods and their historical record. It also meant studying Indian History from primary sources and interpreting it, on the basis of undisputable and recorded facts, from the perspective of Indians rather than that of invaders and conquerors.

Perhaps for the first time in its long and chequered history did Hindu society take up this Herculean task. Ordinary Hindus had long regarded Islam as a barbarism masquerading as religion, at least for non-Muslims. They had not regarded Christian missionaries as anything more than wily, cunning, arrogant fanatics who were hands in gloves with India’s foreign masters. And for all their skills in sophisticated slander and manipulation of the mind, the Communists have not been able to expand their influence beyond the two corners ( Bengal , Tripura and Kerala) of India.

However Hindu scholars had by and large neglected to examine critically the tall claims made by these ideologies. This was at par with the Hindu rulers to keep abreast of developments in the neighbouring lands, even those developments that had a direct bearing on national security. The consequences of both these failures have been heavy. The myopic refusal of the Hindu rulers to look beyond their nose led to the political enslavement of the country, whereas the failure of Hindu scholars to examine critically the doctrines of Islam and Christianity, not to speak of Communism, left the ideological field open to the enemies of Hinduism. Whatever they said about their own creeds went uncontested.

Sitaramji and Ram Swarupji moved to fill this vital gap. In the nineteenth century, Swami Dayand Saraswati, the founder of the Arya Samaj, had subjected the Quran and the Bible to the test of traditional Hindu polemics. Before him, Brahmins from Tamil Nadu had asked a few pertinent questions of Christian missionaries. But the task before the duo was truly daunting. As Sitaramji wrote to me in a personal letter: ‘My heart sinks when I think of the organisational, financial and political resources at the command of our adversaries. Voice of India is not even a drop in the ocean.’

Sitaramji went about his lifework in the spirit of a true Karmayogi. Calculations of personal cost and benefit never mattered to him. His detachment (anasakti) afforded him tenacity, fearlessness and independence of judgment. He sat tat the feet of great masters like Vyasa, Valmiki, the Buddha, Vivekananda and Aurobindo and recaptured a vision of India that was dazzling in its brilliance. This vision defined for him the mission of Voice of India.