100 Years of Russian Revolution – I: Is Communism Compatible with Democracy? 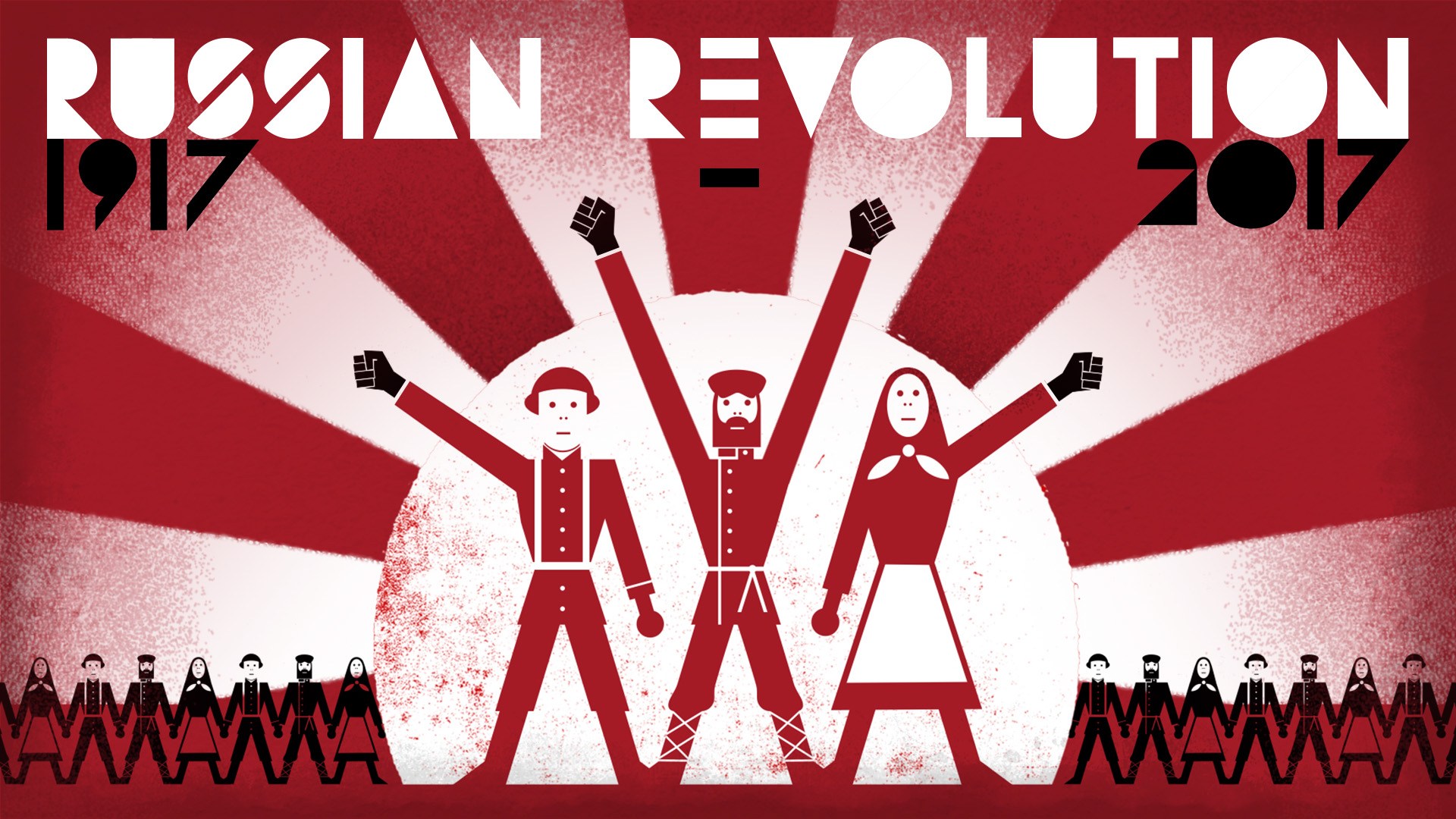 Hundred years ago, on 7th November, 1917, [1] a revolution took place in Europe which changed the fate of entire mankind. It was the Russian Revolution. It gave birth to the first Communist State in history, the Soviet Union.

The Revolution, and its political ideology communism, had such great impact on world history that it affected all six inhabited continents. Communism is still an influencing factor in the politics of many countries in the 21st century. For communism was not just an ideology. It was also a political, economic and social system. An entire system of governing and running a society; some would even call it a religion, a Prophetic Monotheistic religion. [2]

And like a religion, it had conversion goals with dreams of converting entire mankind into its own brand of ideology, communism. It promised the creation of a Heaven on Earth, a perfect communist society. To achieve this, the Soviet Union spawned communist parties all over the world. These parties were strictly controlled by the Soviet Union and were effectively its lobbies. The Soviet Union provided them with both finance and ideology. [3]

Armed with massive propaganda, emanating from Moscow, these parties became potent political forces in their respective countries. In many of them they managed to create anarchy, topple governments and seize power. At its peak, there were sixteen communist countries in the world. And there have been thirty-six countries which have at one time or other been under communist rule. [4]

It was with this objective, to seize power and establish communist rule, that the Communist Party of India was founded in 1925. Though it never became successful in seizing power at the centre, it and its sister party Communist Party of India (Marxist) managed to rule three states intermittently: West Bengal, Kerala and Tripura. The cultural influence of communism however was much bigger than its direct political influence.

The socio-cultural movement that the Communist Party of India came to be associated with was known by various names under various times but accepted the umbrella term ‘leftist’ universally. It spawned a great number of institutions, particularly targeting academia and media and indirectly but strongly influencing the politics of India.

This leftist movement maintained a love-hate relationship with the Congress Party. Until the independence, the Congress Party was its sworn enemy with many of its leaders abusing even Gandhi in the choicest of terms. [5] However, in the post-independence era, its ideological string pullers in Moscow realized that seizing power at the centre in India was likely to always remain a pipedream. A better strategy would be to infiltrate other mainstream parties of India and thus influencing politics and foreign policy of India.

With Nehru at the helm of Congress, who was all but a communist in name, it was not a very hard task. [6] He handed over the country to communists on a platter. Gandhi’s assassination, the success of the leftist and Congress propaganda and political persecution, sidelined Hindu parties like Hindu Mahasabha and forcibly suppressed social movements like RSS. Whatever institutions were left, succumbed to the second wave of repression under Indira Gandhi and turned socialist. With a socialist economy, pro-Soviet and anti-American foreign policy, India was firmly in the socialist camp for all the nonsense of non-alignment.

This leftist camp kept changing names, calling itself socialist, Marxist, communist, Naxalite and leftist at different times and places. In 21st century it has once again gathered together under the umbrella title of ‘left-liberal’. Under this umbrella various ‘-isms’ and ‘rights activisms’ have gathered together, like: feminism, communism, humanism etc. and lobbies such as human rights, minority rights, animal rights, LGBT etc.

One of the most defining and common characteristics of the ‘left-liberal’ camp is its rabid anti-Hinduism. It posits Hindu culture and society as the very manifestation of evil, labeling everything Hindu as superstitious, barbaric, degenerate and at best obsolete, ready to be consigned to the dustbin of history. On the other hand it projects itself as the force of good, claiming to be fighting for the rights of various disadvantaged and marginalized groups, such as: women, minorities (sexual and religious) and even animals.

While this ‘left-liberal’ camp labels Hindu customs and traditions as redundant and superstitious remnants of medieval barbarity it calls itself scientific, continuing the Marxist tradition of claiming its ideology as science. While it labels Hindu society as patriarchal, xenophobic and dictatorial, it claims itself as the force which fights patriarchy, xenophobia and is fundamentally democratic in nature.

Are these claims true? Are they leftists really liberal? Is communism scientific? Does it really fight patriarchy and xenophobia? Have the communist governments treated their minorities with equality? What is the track record of human rights in the communist countries? Is it really democratic in nature?

At the eve of the centenary of Russian Revolution it is imperative to verify these claims made by the ‘left-liberal’ camp. In order to do that one must go to the origins of communism, to the single event that initiated communism in the world: the Russian Revolution. In a series of articles following this, these claims will be separately studied and analyzed.

The Russian Revolution was a Coup

The most common refrain of the communists in any debate on India is that they are ‘fighting for democracy’ against the onslaught of the ‘communal, divisive and fascist forces’ that are trying to install a Hindu supremacist dictatorship in India. In this fight of good and evil, the communists depict themselves as the force of democracy against the forces of dictatorship of the Hindu majority. Is it true? Are communists democratic? Is communism compatible with democracy?

What better point in history than the Russian Revolution to enquire whether communism is democratic or not? The answer is a big no. The birth of communism was not democratic at all.

The ‘Russian Revolution’ was a coup. [7] It was not a single event. There were two events, or two ‘revolutions’. The real Revolution took place in February and March. The Russian Empire was a crumbling mansion which had overstretched itself. It had delayed modernizing its society and providing democratic freedoms. All of these factors were weighing it down, however, it was the stress of bearing the brunt of the First World War which really broke it down. There were many protests and demonstrations and the Tsar Nicholas II, the last Emperor of Russia abdicated his crown on 15th of March, 1917, thus bringing an end to the Russian Empire and initiating the short-lived era of democracy in Russia. [8]

A Provisional Government was formed calling its assembly the Soviet Duma, the first democratic institution of its kind in Russia. Various parties including the Constitutional Democratic Party, the Social Revolutionary Party, the Octobrists, the Progressists and the Mensheviks shared power in the coalition. Lenin’s party, the Bolshevik party did not share power in the coalition. Lenin was not one to share power with anyone. He would wield it alone.

When the Revolution happened in Russia, Lenin was working from Switzerland. As soon as Tsarism fell and democracy was ushered in, Lenin became active. Lenin arrived in Russia on a German train and started Bolshevik communist propaganda on German finance. He, along with many prominent Bolsheviks, was on Germany’s payroll. [9] He made several attempts to seize power at the centre the most famous of them being the July Putsch which ended in disaster.

However the Bolsheviks finally became successful in seizing power in what can be described only and only as coup d’état on November 5, 1917. [10] They took control of certain key institutions like the post office, the naval port etc. Upon seizing power they abolished the Soviet Duma (Parliament), free elections and other political parties, putting an end to democracy in Russia and starting the era of communism. The new country that was created from the ashes of the Old Russian Empire later came to be called the USSR (Union of Soviet Socialist Republics) or the Soviet Union.

The communists were experts at propaganda. There was a dedicated government department (Agitation and Propaganda or simply Agitprop) for spreading communist propaganda both locally and internationally. [11] With the help of this propaganda, the communists managed to lie that the November coup of the Bolsheviks was actually a Revolution; calling it the Great October Socialist Revolution. Marxist historians of India being faithful servants of their Moscow overlords kept calling it a Revolution misleading millions of Indians.

While the February Revolution was a genuine revolution of the masses which happened spontaneously, overthrew kingship and established democracy, the November coup of the communists destroyed democracy, overthrew the Assembly and the Provisional multi-party government.

The communists did not create but destroy democracy. The basic idea of communism is not democratic. Communism has never favored democracy, in words or in deed. When Karl Marx and Friedrich Engels gave the idea of the Dictatorship of Proletariat, they did not have democracy in mind. Communism is seen by its followers as a perfect political system which has achieved absolute equality. In such a perfect world there is no need for adult franchise or free elections, as a ‘People’s Government’ has been ‘elected’, eliminating all need for any elections or democracy in future.

The most primary feature of a communist state is the abolition of free elections and the very idea of adult franchise. No communist state has ever held free or fair elections. Communist parties the world over came to power through various means, but once they acquired power, they quickly established dictatorship of the Communist Party and depended upon this dictatorship for holding on to power.

In such a communist state, the country is not run according to a constitution. The writ of the Supreme leader is the law. His whim is the constitution. There is no independent judiciary, legislature or executive. Neither, of course, is there an independent academia or media. There is no freedom of expression in a communist country. All branches of government, all institutions of government are subordinated to the Communist Party which reigns supreme in absolute dictatorship.

All communist states that have ever come into existence have practiced absolute dictatorship, which is ingrained in the ideology of Marxism-Leninism.

It is indeed ironic that the leftists of India claim to fight on the side of democracy. That they are seen as the forces of democracy and freedom instead of the forces that destroyed them shows the success of the communist propaganda. It is this propaganda which has created many deep seated misconceptions in India about Hindu society, Hindu culture and Sanatana Dharma. These misconceptions have plagued the intellectual debate in India and influences the way our young generations thinks, eventually having an impact on the future of the Hindu society.

On the eve of the Russian Revolution, in a series of articles, let us analyze the beliefs of communism, let us look into the claims that the communists make and the ideas they profess.

[This is the first part in a series of articles, titled ‘100 Years of Russian Revolution’.]