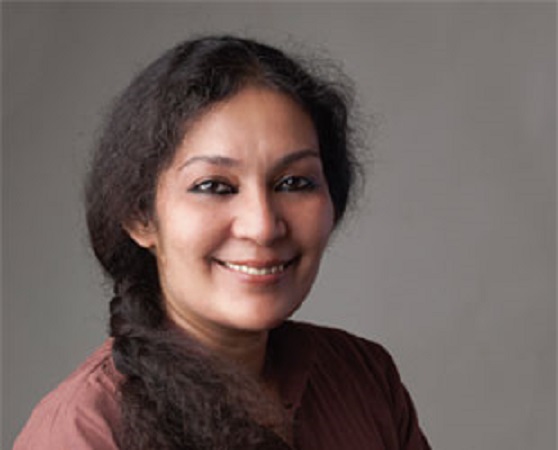 In a recent write-up on the current state of ‘secularism’ and minorities in India, Saba Naqvi warns about Mullahs on TV1, calling for a ban on them appearing on news channels in panel discussions. Her caution implies that the appearance of Mullahs on TV is a bad thing for minorities.

But, how? How does the appearance of a fundamentalist mullah, on TV harm the interests of minorities? In what way can a mullah on television be more dangerous than a mullah on the ground? After all, on a television debate, thousands of miles away from his perceived enemies, a religious fundamentalist can only fret and fume. On the ground, he can do much more. So, why be afraid of him appearing on TV?

If anything, such appearances only expose the medieval barbaric mentality of these religious fundamentalists and their ilk, making Muslims, especially Muslim women more aware of the dangers that they face from their own community. Having them on TV can actually educate the Muslim masses about the pitfalls of the fundamentalism of their religious ideology. Having them on TV can be the easiest way of exposing their fundamentalism, loosening their hold on their communities and strengthening the cause of the moderates.

And to prevent them from appearing on TV would prevent their exposure in front of the Muslims as well as other religious communities, and would help maintain their iron grip on the Muslim community. In short, mullahs on TV will help the liberal cause and banning them would help the cause of the fundamentalists.

Then, why is Saba Naqvi, who styles herself as a liberal journalist and claims to fight for the ‘development of the Muslim community’, is warning against mullahs appearing on TV? Whose side is she fighting for?

She is not alone in her disapproval of mullahs on TV. Many other ‘liberal’ journalists take the same stance. Their hypocrisy becomes even more obvious if we compare their reaction to radical Hindus on television. Instead of calling for a ban of them as well, they gloat in any radical statement made by any Hindu politician or public personality. Instead of ignoring it, they play with it for days on end, often presenting such rash comments as representative of Hindu community. So, why do Indian ‘liberals’ love Hindu radicals on television on the one hand and fear the Muslim mullahs on the other?

Are they afraid that something will get exposed, if the Islamic fundamentalists keep appearing on television?

Before we answer that, it would be pertinent to examine a similar situation in a different place and a different time. In the Middle Ages in Europe, before the Printing Press was invented, it was prohibited for the laymen to read the Bible. Translation into local idioms and languages was especially prohibited. Only the clergy would interpret the sacred text to them. As a consequence, the common population hardly knew what was in the Bible. They depended upon the Church and the clergy to interpret the text for them. All the violent and uncomfortable facts of the Holy Scripture were hidden from them. Moreover, this situation made the Church and the clergy all powerful, as they could claim divine authority for themselves without any fear of getting exposed.

The advent of the printing press changed all that. Making copies of the Bible became easy and the common people started reading the Bible and gradually got acquainted with the roots of fundamentalism. The Catholic clergy fought tooth and nail against the printing of the Bible, but they were fighting against the tide of time and they lost.

As a consequence the moderate case for Christianity was gradually built and Europe came out of the Dark Ages. Fundamentalism lost because it got exposed to the public.

The current trend in Indian media, of inviting fundamentalist mullahs on TV, has some striking similarities. The Mullahs, as the clergy of Islam, have always maintained an iron grip on their community, dictating everything to the common Muslim. They enjoy special privileges and would prefer the present state of affairs to continue.

In independent India, the press should have exposed their fundamentalism to the common public, and with the help of other democratic institutions like the judiciary, gradually the Muslim community would have come out of the fundamentalist grip of the mullahs.

However, the ‘free’, ‘secular’ and ‘liberal’ press in India has been doing exactly the opposite. They have been hiding the fundamentalism of these mullahs from the public, helping the fundamentalists to secure their forts of religious fanaticism. By censoring reports which would expose their fundamentalism, they have instead kept the focus on the Hindu community. By selective reporting, the Indian mainstream media has successively filtered the fundamentalism out of Islam, and have actually managed to present the Mullahs as the victims of the Indian state.

The Indian ‘liberal’, or to use the outdated phrase, ‘Indian secularist’, is actually a covert supporter of Islamic fundamentalism and his job is to make the fundamentalists acceptable to the general public by presenting them in good light, by filtering out their fundamentalism and by misleading the public by attracting their attention to trivial issues.

In Modi’s India, for the first time, the scenario is changing. Some news channels have started exposing the fundamentalism and violence of the world of the Mullahs and some of them have started inviting them for panel discussions. Besides the fact that the BJP is in power now, the pressure of social media has also forced many of these channels to show the ‘other side of fundamentalism’. The forts of the Islamic fundamentalists, which have been secure for ages are now under threat. The misogyny, the homophobia, the xenophobia and the racism of the Islamic fundamentalists is now for everyone to see.

And this deeply troubles the Indian ‘liberals’. They fear that their game is up; that their fake ‘liberalism’ now lies exposed for what it actually is: another face of Islamic fundamentalism.

Nothing is lost by an honest debate. Instead of taking heed of Saba Naqvi, the news channels and media outlets in India, which are spearheading the job of exposing the fundamentalism of these mullahs, should keep up the good job. It would help the cause of the moderates within the Muslims. In due time, a sizeable minority within the Muslims with true liberal and moderate values will rise and the Mullahs will no longer be able to ignore or suppress them.